For the record: Stephen Harper on the Syrian refugee crisis

A week since the shocking picture of a dead little boy moved the world, the Conservatives hint at change 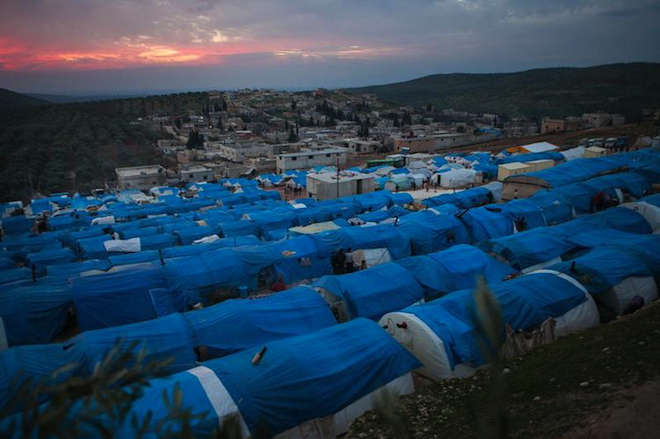 Maclean’s on the Syrian refugee crisis: Follow this link to news, analysis, explainers and debate

Stephen Harper spoke to supporters at a campaign event at PEI Potato Solutions in New Annan, Prince Edward Island on Thursday. It was a classic campaign stump speech, covering everything from fisheries to infrastructure. But a question-and-answer session after the speech made headlines when the Prime Minister gave the strongest indication yet that he may speed up the refugee resettlement process.

Here’s a transcript of his response to a question from the Canadian Press:

Jennifer Ditchburn, Canadian Press: Good morning. Last week your immigration minister Chris Alexander encouraged Canadians to open their hearts and help Syrian refugees. Many Canadian churches, groups of five Canadians are getting together to see what they can do to sponsor refugees, but what they’re finding out is it that it can take many years to bring a family in. I just want to hear you take us through the specific measures that you’re taking to expedite the process.

Stephen Harper: Jennifer, I’m not in a position to announce that today but I’ve made it clear that that is, those are the steps we are going to be taking.

I’ve already said we are going to bring in more Syrian refugees, more refugees from the region generally, and I’ve said we are going to take some concrete steps to expedite the process. And we’re also going to make sure we tap into that generosity that I think is very genuine across the country.

We’re going to do those things and at the same time, let me clear, we’re going to do them in a way to make sure we prioritize the most vulnerable and we do everything necessary to protect our national security.

We will move forward with some plans on that in the very near future. Let me assure you that the position of this government has been we have been a world leader in refugee resettlement and we intend to do that, but we intend to do it in a responsible way, a responsible and affordable way for Canadians.