For the record: The NDP on Justin Trudeau's new cabinet 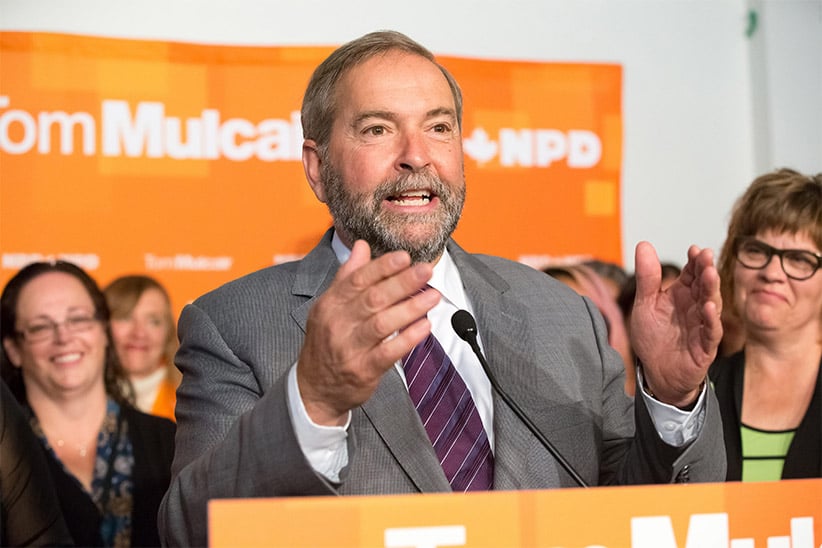 OTTAWA — Tom Mulcair has resurfaced for the first time since his New Democrats were punted to third-party status in the House of Commons.

The NDP leader, who has stayed out of the public eye since his election-night drubbing two weeks ago, is meeting his significantly downsized caucus in a basement room on Parliament Hill.

The gathering began just hours after Justin Trudeau was sworn in as prime minister.

In his speech, Mulcair says the election results were not what the NDP had been hoping for, but that the party has accepted the outcome with heads held high.

The leader has vowed to stay with the New Democrats for the long haul, but his political fate is tied to a leadership review taking place next spring in Edmonton.

The new caucus is made up of 44 members, fewer than half of the 95 seats the party held in the last Parliament.

Following the swearing-in ceremony today, the NDP released this statement of congratulations from Mulcair:

“It’s clear from the election results that Canadians were ready for change. Today’s swearing in ceremony turns another page on the previous administration. While this change is welcome in Ottawa, progress made in the coming months and years will reveal the strength of that change.”

The release says New Democrats are disappointed with the size of the new cabinet.

“As the progressive opposition, NDP MPs are ready to get to work on behalf of Canadians and are meeting this afternoon, ready to hold the new ministers to account on important issues including:

Building a new era of nation-to-nation relationship with First Nations, starting with an inquiry in missing and murdered indigenous women;

Fixing our unfair electoral system to ensure every vote counts, and

Resettling 25,000 Syrian refugees by the end of this year.”

Said Mulcair: “I look forward to working with Prime Minister Trudeau to help bring change to Canadians. Gender parity in Cabinet is a good first step and should be congratulated, but achieving fairness and equality for all Canadians is a long-term goal that requires hard work. I look forward to pressing the new Prime Minister and his cabinet on their progress.”