Ford Nation turns out for Harper: Photo and videos

'It was great to see you tonight,' former mayor tweets to the Prime Minister

By Maclean's, CityNews and The Canadian Press October 17, 2015

TORONTO — Some of Ford Nation showed up Saturday night to support Stephen Harper at his final evening rally in Toronto Saturday, but it isn’t the crowds that may be the most enduring image of the night for the 2015 Conservative campaign.

That may belong to the family photo of controversial former Toronto mayor Rob Ford, his brother Doug, their wives, some of their children, their mother — and Harper.

The Conservative leader had refused to utter the Fords’ name all week when pressed about why his campaign, known for its staunch anti-drug policies would publicly associate with Rob Ford in particular, who became an international sensation in part because of his admission of using cocaine while serving as the city’s mayor.

But on Saturday night, he thanked them directly for all they’d done for his campaign when he appeared on stage to cheers, applause and calls for “four more years.”

“Friends, let’s begin by thanking all of the constituency associations, the organizers, the volunteers, including the Fords, everybody who helped get this fantastic crowd out tonight,” Harper said.

The family photo came after and was posted to Twitter by Rob Ford.

Thank you @pmharper it was great to see you tonight & thanks to the thousands of people who came #elxn42 #elxn2015 pic.twitter.com/tqIxs0inxD

Earlier in the week, Harper had met both brothers privately ahead of an event in a part of northwest Toronto rich with voters highly coveted by all three federal parties, but where Harper’s event only drew around 150 people.

At that event, when pressed about why more supporters weren’t present, Doug Ford had said he could easily rally thousands in support of the prime minister. On Saturday night hundreds of people in one of his biggest rallies of the week came to the Toronto Congress Centre near the airport, but the main room wasn’t filled to capacity though the crowd that was there was clearly excited.

Ford gave a rousing introduction to the prime minister, saying Harper was the leader Canada needs.

“Rob came up with this phrase, but nothing that I can remember in a federal election is more important than respect for taxpayers and there’s only one party that respects the taxpayer and that’s the Conservative party of Canada and there’s only one leader that can lead this country to prosperity and that is Stephen Harper.”

Rob was seated a few rows back from the front.

Rally attendee Mike Fitzpatrick, who works as a grave digger, said he supports the Fords and always liked their approach at city hall, and since they support Harper, he decided to come.

He said he will be voting Conservative.

“I don’t want to be involved in digging a grave for Canada,” he said.

Voters like Fitzpatrick are exactly the ones the Conservatives need to have their backs on Monday as they seek to convince people that the policies of Justin Trudeau’s Liberals would make for fiscal ruin in Canada.

To illustrate the point Saturday night, Harper brought back a familiar face _ Sanjib, the man who in the early attack ads against Trudeau uttered the now famous line “nice hair though.” The Conservatives didn’t mention his last name.

Harper called the man to the stage and put him through the now familiar paces of tossing money on the table to represent how much he’d personally lose if Trudeau was elected.

Photos from the Harper rally 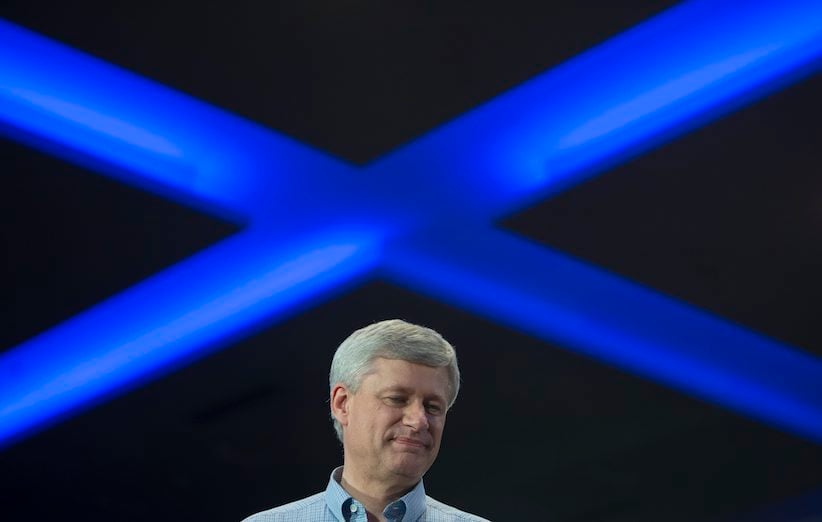 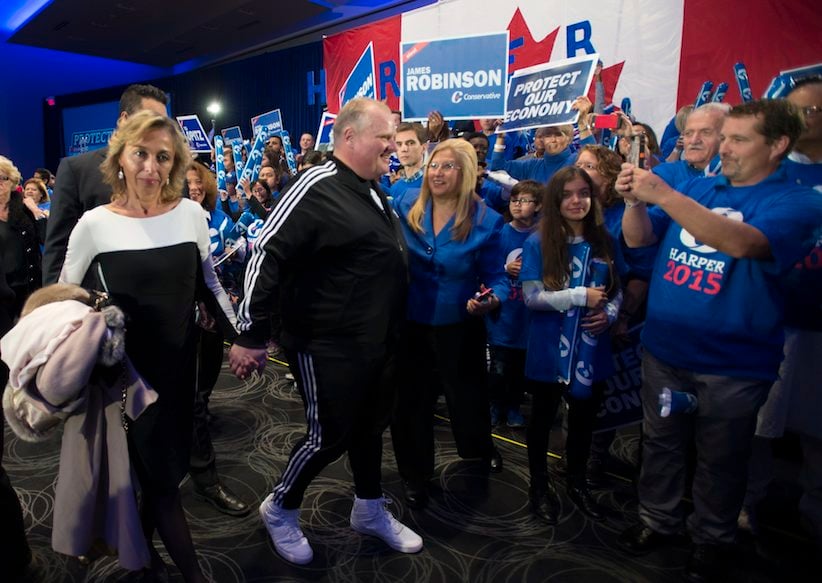 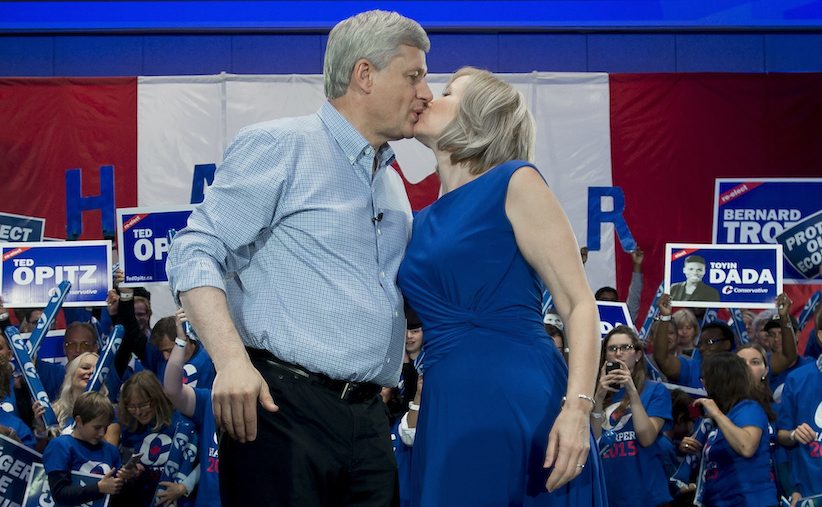 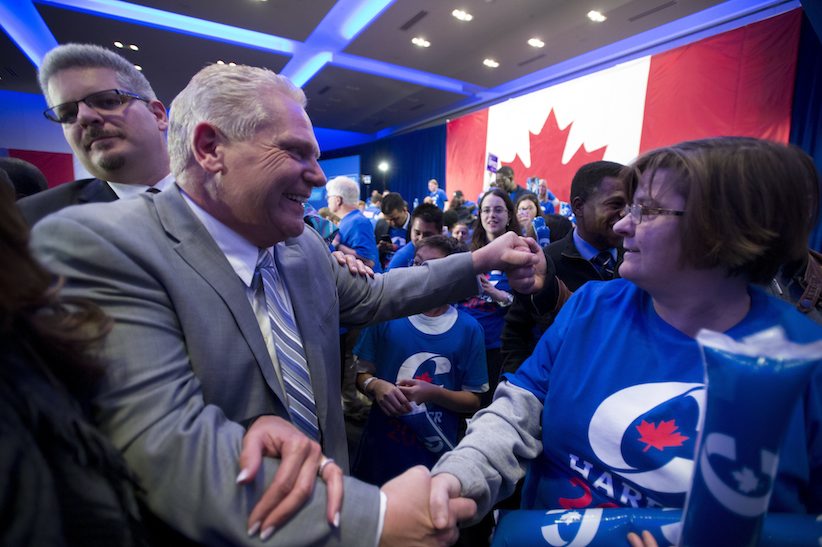