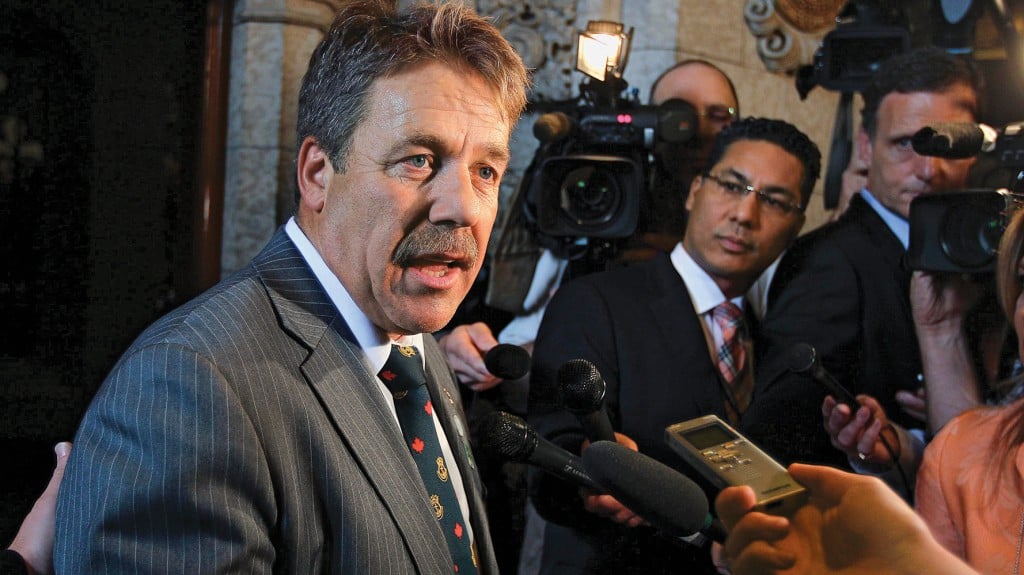 “It is a simple change, it’s superficial … but if you just call yourselves the Democrats … people can digest that very easily,” he said.

Stoffer, who was among those who pushed for structural party reform in 2001, also favours separating the federal and provincial wings of the NDP.

“If you join, for example, the Ontario NDP, you’re an automatic member of the federal NDP,” he said. “That has to change.

“We need to break that sort of string that ties us both together … We’re the only party that does that. I’ve been asking for many, many years now to change it and I think it’s time we did that.”

He also said the party should abandon the 1961 agreement that brought the Co-operative Commonwealth Federation and the Canadian Labour Congress together to form the NDP.

“The reality is, labour votes the way they want to vote and that’s the way it should be,” he said. “But no political party should be tied to any … one group over others. We should be a true democratic party for every single Canadian.

“Labour and the NDP need to have that mature conversation and say ‘let’s be the best of friends, let’s … work together for social change in this country’, but don’t necessarily need to be formally aligned.”

Stoffer is among dozens of defeated New Democrats going through the painful send-off process — clearing offices and saying goodbye to staff.

“I have poor people working for me who are the best in the country and unfortunately they’re now unemployed because of what happened,” Stoffer said. “I know there’s not much we could have done, we ran probably the best campaign we ever did, we thought we had the numbers, it just didn’t turn out to be right.”

Stoffer will briefly return this week to empty his eccentric Ottawa office, which features a pool table and dozens of hats and buttons he has collected over the years.

This will all be sold off to raise money for charity, he added.

As the parting process continues for many team members, leader Tom Mulcair has been reaching out to his shrunken caucus.

He has named defeated Ottawa MP Paul Dewar as senior transition adviser for both party and parliamentary operations, to help with staffing and reorganization.

The NDP’s disappointing showing last week remains painful for party faithful who felt they could form government for the first time in history under Mulcair’s leadership.

“They’re back to exactly where they historically always were,” said Carleton University political science professor Jonathan Malloy. “Obviously they lost more than half their seats, they’re no longer in that contending position where they were for the last four years. That has to hurt.”

Nathan Cullen, re-elected in the B.C. riding of Skeena-Bulkley Valley, says it is good to reflect on what happened but he says he isn’t “interested in moping around.”

“The measure of the party and the person is how you react to difficulty, not what you do with wild success,” Cullen said. “You take your moment … then you get on with it and get back to work.”

Mulcair has promised he is in it “for the long haul” but his political fate is tethered to a party leadership review that will be held during the party convention in Edmonton in April.