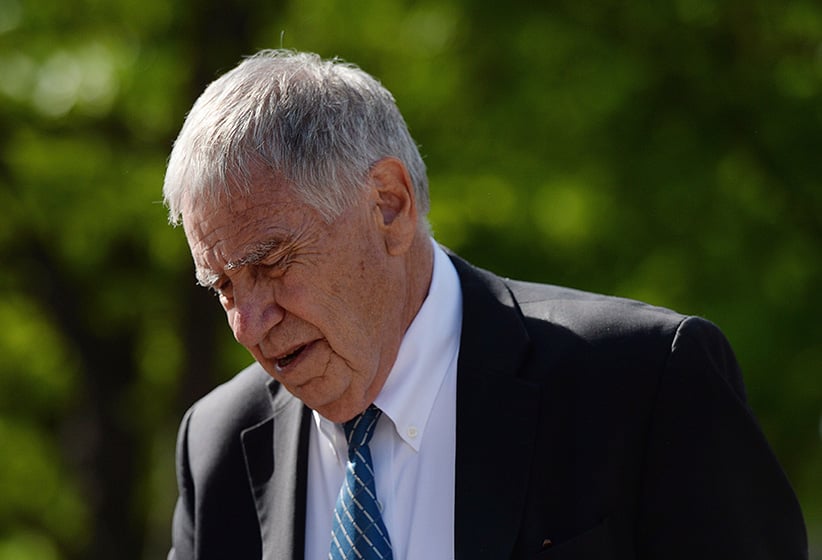 OTTAWA — A former top aide to Stephen Harper has been found not guilty of influence-peddling — even though the judge in the case said that Bruce Carson did try to convince government officials to buy water treatment systems being sold by a firm that employed his former escort girlfriend.

But in the end, Carson attempted to influence the wrong people, because those officials had no direct ability to sway First Nations communities to purchase the equipment, Ontario Superior Court Justice Bonnie Warkentin ruled Tuesday.

Carson was charged in connection with his attempts to promote the sale of water purification systems for First Nations communities by a company known as H2O Pros and H2O Global that had hired his former girlfriend, Michele McPherson.

“It is abundantly clear that Mr. Carson was attempting to influence government officials within INAC (Indian and Northern Affairs Canada), cabinet ministers and their staff as well as high ranking members of the AFN (Assembly of First Nations) to promote H2O’s water treatment systems,” Warkentin said in her ruling.

“Mr. Carson also admitted that he used his influence in this fashion in order to obtain a benefit for his then girlfriend,” she added.

None of that mattered, however, since First Nations communities, and not the government, hold the power to decide whether to buy the water treatment systems the company was selling, Warkentin wrote in her decision.

“The evidence supports the defence position that it was the individual First Nations communities that determined whether or not to purchase the point-of-use systems being sold by H2O.”

But he argued there was nothing in law that prohibited Carson from lobbying First Nations communities.

Carson was a senior adviser to the former prime minister from the time the Conservatives took office in 2006, until he left the post in 2008.

The group Democracy Watch is urging the Crown to appeal Tuesday’s decision.