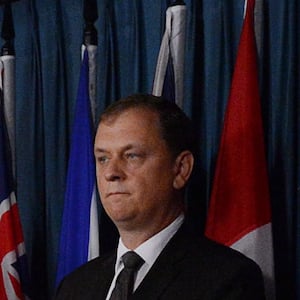 OTTAWA – An NDP MP is facing a lawsuit by a former employee who alleges she faced unfair treatment in his office because of her gender and her marital status, and was dismissed after she complained.

Fabiola Ferro’s lawyers filed a statement of claim in Ontario Superior Court against MP Sylvain Chicoine, and are asking for more than $150,000 in damages.

In the claim, Ferro alleges that a colleague in the Parliament Hill office verbally abused her, gave her extra work and insulted and isolated her on the basis of her gender.

Ferro, 34, alleges Chicoine fired her after she initiated an unsuccessful complaint through a committee linked to her collective agreement.

None of the allegations have been tested in court, and neither Ferro or Chicoine was immediately available for comment.

The allegations come as the parties grapple with the larger issue of harassment and equity on Parliament Hill in the wake of the suspension of two Liberal MPs accused of misconduct involving two female NDP MPs.