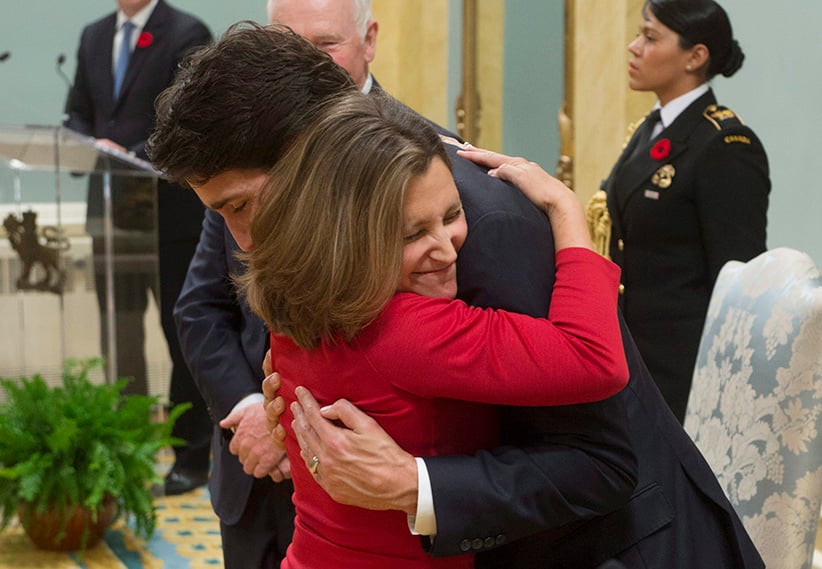 The tally is in. As Prime Minister Justin Trudeau welcomed aboard each new minister of his cabinet, he shared 22 hugs and 32 kisses. The longest hug—clocking in at nine seconds—was with Kirsty Duncan, minister of science, while the runner-ups were seven seconds long with Bill Morneau, the new minister of finance, and Maryam Monsef, the minister of democratic institutions.

Related: Get to know the cabinet with Maclean’s annotated portrait

The tightest squeeze went to Chrystia Freeland, the minister of international trade, while the quickest canoodles—lasting just two or three seconds—were with Scott Brison, president of the Treasury Board, and Mélanie Joly, the minister of Canadian heritage. The nine ministers who didn’t hug the new Prime Minister got back pats, cheek kisses or shoulder holds, but they still missed out. As Trudeau said to Freeland during the ceremony, “I’m a good hugger.”

Hugs with Trudeau, from longest to shortest

Cries from a baby

Giggles from a young girl