General Dynamics warns Trudeau over Saudi deal: You break it, you bought it

Politics Insider for Dec. 18: In Canada's disputes with China and Saudi Arabia the money speaks up, a warning from Poloz about a U.S.-China trade war, and now it pays to be bumped 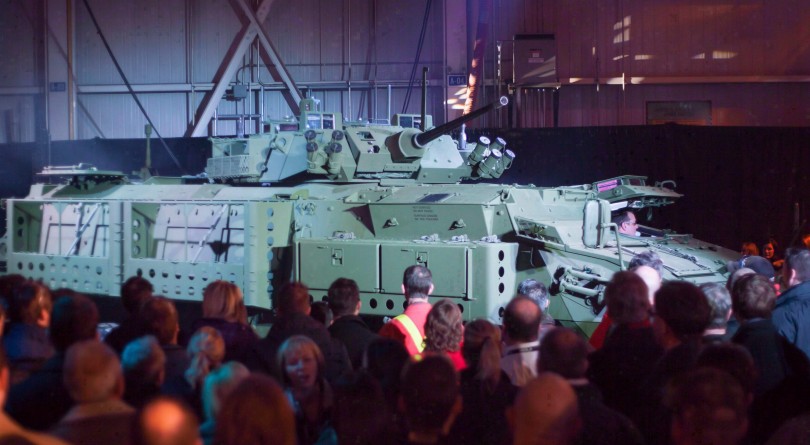 A Light Armoured Vehicle is unveiled at a news conference at a General Dynamics facility in London, Ont., on January 24, 2012. The sudden deterioration in the Saudi-Canadian relationship is likely grabbing the attention of people in the city of London, Ont., more than anywhere else in the country. THE CANADIAN PRESS/Mark Spowart

Canada has been repeatedly warned that the telecom giant Huawei poses a security threat. Yet when he talks about China, all Prime Minister Justin Trudeau offers is wishy-washy platitudes, writes Terry Glavin:

He still doesn’t get it.

Either that, or Prime Minister Justin Trudeau does get it, and he’s desperately afraid that the rest of us are going to figure it out. Either way, his evasions, elisions, dodges and deflections in response to the detention of Huawei chief financial officer Meng Wangzhou on a U.S. extradition warrant earlier this month betray his preference to cringe and cower rather than stand up to Xi Jinping’s increasingly bellicose police state in Beijing.

Decide for yourself which is worse, but in either case you would be a fool to believe a word Trudeau has been saying. And in all his public statements since President Xi blew a gasket about Meng’s arrest, setting off the nastiest upheaval in nearly half a century of Canada-China diplomacy, the most strenuous effort Trudeau has been making is to the purpose of not saying anything of substance at all. (Maclean’s)

The dispute over Meng’s arrest is spreading. The Automotive Parts Manufacturers’ Association said two Chinese parts makers have suspended plans to expand in Canada over the Huawei case. (CBC News)

Canada’s other dispute with an autocratic nation, Saudi Arabia, has also prompted a lobbying effort from the manufacturer of armoured vehicles destined for the Kingdom. With Trudeau declaring over the weekend that his government is looking for ways to block the $13 billion deal over the Saudi killing of a journalist, London-based General Dynamics Canada issued a warning to Ottawa: “Were Canada to unilaterally terminate the contract, Canada would incur billions of dollars of liability to General Dynamics Land Systems – Canada,” according to the statement. “We hope that we will be allowed to continue to keep building sophisticated, high-value equipment in Canada.” (Bloomberg)

Bank of Canada Governor Stephen Poloz called the prospect of an all-out U.S.-China trade war in 2019 the biggest economic concern for the year ahead. A tariff fight would lead to slower growth and rising inflation, a repeat of the stagflation of the 1970s. “It’s a no-win situation.” (Globe and Mail)

In 2019 Conservative Leader Andrew Scheer will have to decide, is he a nice guy, or nice and angry?

The message the Tories took from the 2015 election was that Canadians liked their economic and foreign policy just ﬁne, Chilliwack-Hope MP Mark Strahl says, but had grown weary of what they saw as “the vindictive nature of some of our communication.” At the same time, he argues there is a real frustration among Canadians that his party needs to respond to next year. “We need to make the case—and we need to make a strong case—of why we need to replace this current government,” he says. (Maclean’s)

The federal government laid out its plan for an airline passenger bill of rights, which could see airlines pay out up to $2,400 to passengers if they are bumped from flights due to overbooking or if their flights are delayed or cancelled, depending on the circumstances behind the delay. (Canadian Press)

Julie Payette is staying put. Well, she actually plans to move into Rideau Hall next year. But once there she says she has no plans to resign before her five-year term is up. Payette had a rocky year, with one news report describing her time in office as turbulent. “Turbulent? That’s an interesting adjective,” she says. (Canadian Press)