A new Speaker of the House for a new kind of Parliament?

Geoff Regan is now the Speaker of the House. What impact will he have—or can he have—on how parliamentary work is done? 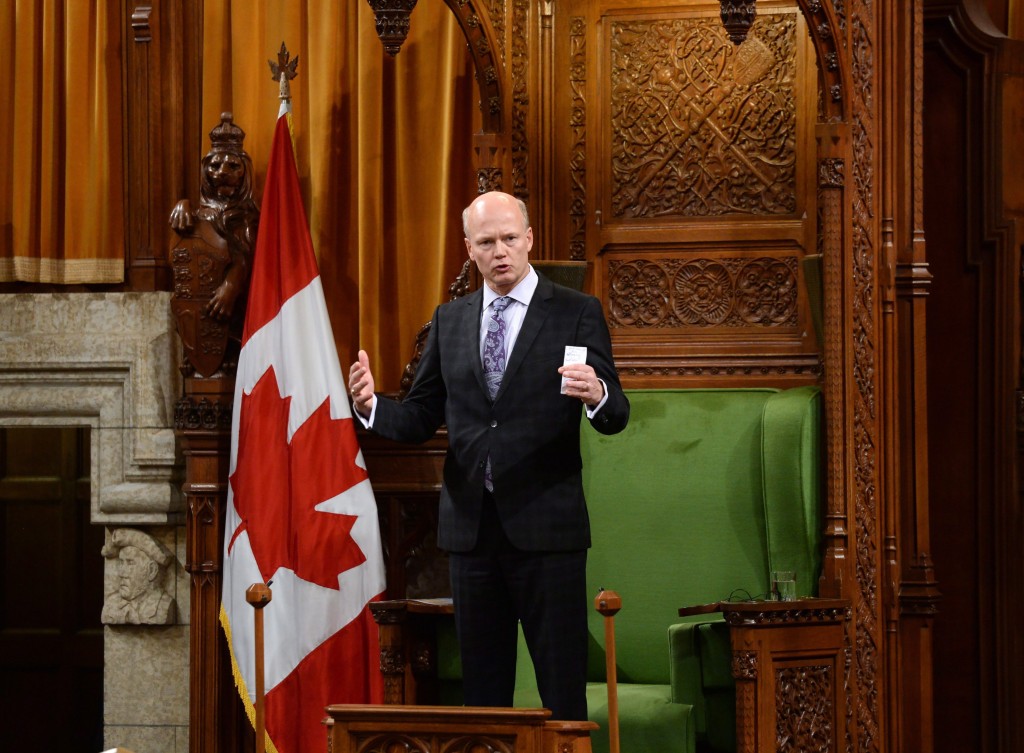 Newly-elected Speaker of the House Geoff Regan, centre, delivers his acceptance speech from the speaker’s chair in the House of Commons on Parliament Hill in Ottawa on Thursday, Dec. 3, 2015. (Sean Kilpatrick/CP)

Four times in his brief remarks to MPs, in asking his colleagues to elect him the 36th Speaker, Geoff Regan described the work of the members of the House of Commons as “meaningful.”

“I have heard from so many members of their desire for a better atmosphere in this place, for greater respect to be shown among members of Parliament, on all sides, to make this a place where representatives of the people have a real say in the decisions of government,” he said, “and where our work can have real meaning.”

By definition, the work conducted in the national legislature by the 338 democratically elected representatives of the citizenry of this country is meaningful. The trick is to conduct that meaningful work meaningfully.

But it is on the vague possibility of something more befitting this place that Geoff Regan took the chair this afternoon at just past four o’clock. “Welcome,” he said, “to the 42nd Parliament.”

The place of the Speaker in ensuring the conduct of this Parliament is both obvious and debatable. He has the statutory authority and responsibility to maintain order and rule on the complaints of members, and he gets to sit upon a large and elevated throne, but he is not quite entitled to rule like an authoritarian, nor is he directly responsible for the behaviour of the other 337 MPs. Gary Levy, a long-time observer of Parliament, has written that, at least since the mid-1980s, Speakers have leaned on the notion that they are ultimately a “servant” of the House (a notion which is at least based in the ancient principle of the Speaker’s loyalty). That is to say, the Speaker can only do what the House of Commons has formally told or allowed him to do.

This has meant, for instance, that omnibus budget bills, laughable and insulting in their complexity, have not been split by a Speaker—because there was no provision in the standing orders to give the Speaker the authority to do so. Nor did the Speaker intervene during the last Parliament to cut off responses in question period that were repetitious or irrelevant—because the only explicit rule against such stuff had only ever been applied to the separate time reserved for general debate.

As luck would have it, Regan might soon be without such excuses, for the new House has been promised new rules to deal with such issues. Among the promises of the Liberal platform—with which 184 Liberal MPs are associated—were commitments to “change the House of Commons Standing Orders to bring an end to this undemocratic practice” of omnibus bills and to “empower the Speaker to challenge and sanction members during question period.” New Democrats have already drafted a new rule on repetition and irrelevancy and their party platform similarly promised to empower the Speaker to break up omnibus bills.

And this House should go further. In reforming question period, it should do away with the official party lists that set out who will be asking questions each day and, after perhaps some allowance for party leaders, ministers and critics, open the floor to questions from any MP who wishes to stand. It will ban clapping, as Quebec’s legislature has now done, perhaps encouraging the Speaker to punish party caucuses that insist on applauding each other’s every utterance. Even well beyond the commitments of tone and practice that the new Liberals have made, there are enticing options and avenues for sorely needed reform. And Regan was intriguing in his suggestion of what his role in change might be.

“I believe the Speaker should lead discussions about how to reform our procedures to achieve these things,” he said.

Of course, it is not on Regan to render total enlightenment. He likely cannot, for instance, prevent backbenchers from standing and mouthing the scripted talking points they’ve been given. He cannot eliminate pettiness, evasion, over-simplification and inanity, nor can he bless every member of the House with wit (or at least humility). It is on the other 337 MPs to decide how meaningfully they wish to conduct themselves. Not insulting the intelligence of the citizenry would be a decent goal.

The members, good-naturedly, booed and jeered and complained.

Then, a bit of poetry.

“After the fire in this building in 1916, construction began, and it took 60 years to finish the carvings on the stone on the inside of this building,” Regan said. “Members have seen the paintings as well. When we look at those carvings and we walk these halls, we look at how many of those depict people from this country working, the toil of our citizens. We think of the toil that built this place, that built our democracy. We think also, when we see the remembrances here, of the 116,000 Canadians who are buried overseas, who fought so that we could speak freely here and express our different opinions. Let us here resolve to conduct ourselves in this place. We might be worthy of the sacrifices they made.”

The work, as noted, is inherently meaningful. But it is useful to be reminded of why it should be conducted meaningfully.