Get ready for a major federal stimulus program

Politics Insider for March 18: Three provinces ratchet up their response to the coronavirus, the feds consider sweeping powers as a 'last resort,' and the Canada-U.S. border may soon close to non-essential travel 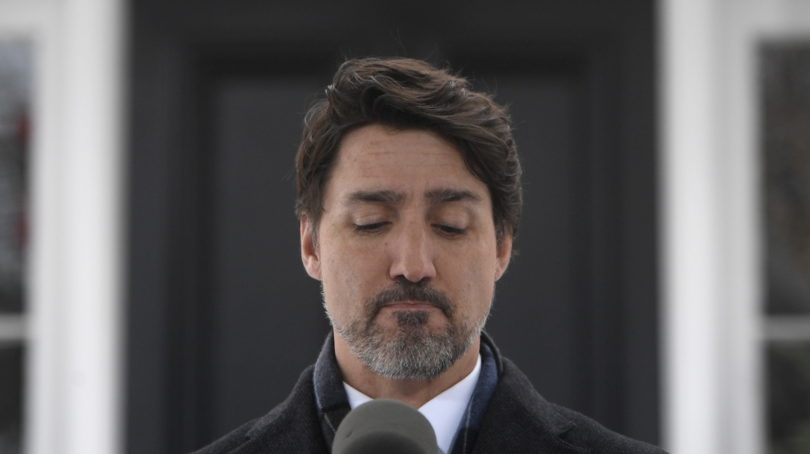 Early yesterday, Ontario Premier Doug Ford took decisive action as his province fights to “flatten the curve.” Only a day after his health minister advised Ontarians to use their “best judgment” on St. Patrick’s Day, Ford declared a provincial state of emergency that prohibits gatherings of more than 50 and shutters daycare centres, libraries, cinemas and live venues, bars and restaurants (except for takeout and delivery).

Everyone in that province, same as Canadians everywhere these days, was left asking: What next?

Prime Minister Justin Trudeau and his cabinet COVID crew hinted at answers yesterday. The PM once again addressed the nation from his doorstep at Rideau Cottage (watch that statement and read the full transcript here). Deputy PM Chrystia Freeland then led a press briefing from West Block on Parliament Hill. They refused to rule out more extreme measures meant to drastically reduce face-to-face interaction between Canadians.

Border watch: Trudeau didn’t announce any new restrictions on border-crossers from the U.S., but no one has ruled it out. Economic Development Minister Mélanie Joly told reporters before a cabinet meeting that when it comes to Canada’s longest border, “everything is on the table.” CNN, CBC News and CTV News both reported late last night that Canada and the U.S. were on the verge of an agreement to close the border to non-essential travel. Meanwhile, Tory leadership hopeful Peter MacKay made hay out of Public Safety Minister Bill Blair‘s admission that irregular border-crossers are still being accepted at Roxham Road in Quebec.

Trudeau said the feds are “examining” what he called the Emergency Measures Act (though no federal law exists by that name). He was, in fact, referring to the Emergencies Act, a sweeping federal law that replaced the War Measures Act famously invoked during the October Crisis of 1970 by the elder Trudeau. That law allows Ottawa to declare a “public welfare emergency” for up to 90 days (and extend that even longer, if necessary) in response to a crisis that “results or may result in a danger to life or property, social disruption or a breakdown in the flow of essential goods, services or resources, so serious as to be a national emergency.”

One of the criteria for such an emergency is “disease in human beings.” The law is no joke; it authorizes the feds to, for example, prohibit travel “to, from or within any specified area.” Trudeau called that a “last resort.”

(The feds were not referring to the Emergency Management Act, a different law passed in 2007 that covers the “prevention and mitigation of, preparedness for, response to and recovery from emergencies.”)

Jagmeet Singh pressed the Liberals yesterday for an economic plan that puts “families, workers and small-business owners” at ease. Today, Trudeau’s team is expected to announce major stimulus, over and above changes to employment insurance and billions in credit access for businesses already announced. CBC News reports the $25-billion package will “be delivered through existing safety net programs, including employment insurance and the Canada Child Benefit.” The PM said Parliament will briefly sit—no date for that has been set—to pass the emergency measures. Donald Trump yesterday pitched a stimulus program reportedly worth more than $1 trillion, including $550 million in direct payments to Americans in the short term.

How will the House sit? Don’t expect every parliamentarian to return to Ottawa. Crack open the House of Commons rule book, blow off the dust on Chapter 9, and you’ll see the rules for quorum. Only 20 MPs are required, including the Speaker. That number hasn’t changed one iota since 1867. Now, check out the Rules of the Senate, where Chapter 3 dictates quorum is only 15 senators (that number is constitutionally enshrined, and also dates to the first sitting).

It’s no secret that try as they might to coordinate messaging, municipal, provincial and federal officials seem to be stepping on each other’s toes as they enforce social distancing. Goldy Hyder, the president and CEO of the Business Council of Canada, called for a “clear and unambiguous national response based on a uniform set of rules and policies.” Hyder’s statement acknowledged the possible necessity of invoking the Emergencies Act.

Out west, where there’s little spirit of cooperation coming from Alberta’s opposition benches, a thoroughly unsatisfied former premier Rachel Notley tweeted the 36 questions her side would ask him during yesterday’s question period. One pointed question on declaring a state of emergency: “If not now, when?” Soon after, Premier Jason Kenney did, in fact, declare a public health emergency. Later in the day, B.C. made it three.

Let’s end on an uplifting note. Kamal Khera, a Liberal MP who is also a registered nurse, has answered the call from Ontario’s nurses and registered to “help ease the nurse shortage” as the province’s health-care system takes on the coronavirus.