Getting political with the SNC-Lavalin and Mark Norman cases 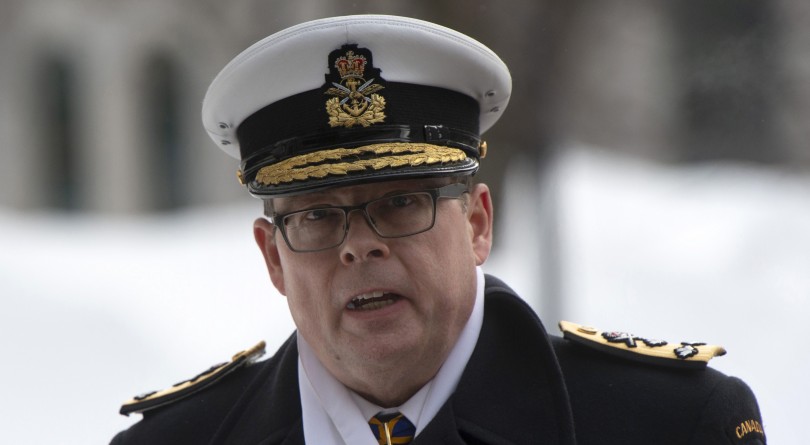 Ethics Commissioner Mario Dion will look into the allegation that the Prime Minister’s Office tried to pressure former Attorney General Jody Wilson-Raybould into settling a fraud and corruption investigation into SNC-Lavalin out of court. Dion launched the investigation at the request of the NDP: “I have reason to believe that a possible contravention of Section 9 may have occurred. Section 9 prohibits a public office holder from seeking to influence a decision of another person so as to improperly further another person’s private interest. As a result, I have initiated an examination … and have so informed Mr. Trudeau.” (Canadian Press)

The Long and the thwart of it: Cracks had begun to form in Fortress Liberal over the government’s handling of the SNC affair. In a statement posted on Twitter, New Brunswick Liberal MP Wayne Long said he was “deeply unsettled” by last week’s allegations, and said a refusal to allow a parliamentary committee to investigate the matter, Ottawa risks “casting doubt upon the integrity of our government in the minds of Canadians.” Read Long’s full statement here. (Global News)

Conservative Leader Andrew Scheer, who happens to be in New Brunswick to shore up support ahead of the next election, called on Prime Minister Justin Trudeau to waive solicitor-client privilege in the SNC case and let Wilson-Raybould speak: “He needs to show leadership. If he’s innocent, if he has nothing to hide, he should waive this immediately…” (CPAC)

While the Trudeau government continues to be buffeted by allegations that it used political pressure to help out one defendant in a criminal investigation, it faced fresh accusations of meddling in the prosecution of another: Vice-Admiral Mark Norman. Defence Counsel Christine Mainville accused the PMO of trying to direct the case after prosecutors revealed that correspondence between the Privy Council Office—the arm of the bureaucracy that advises the Prime Minister—and Crown lawyers must be censored because they contain “trial strategy.” Argued Mainville: “The Prime Minister’s Office, via its right arm the PCO, is dealing directly with the (Public Prosecution Service of Canada). And the prosecution service is allowing this to happen.” (CBC News)

“So much for the independence of the PPSC,” replied the judge in the case.

On the issue of Venezuela, NDP Leader Jagmeet Singh has lost control of the message on a key foreign-affairs question to an assortment of activist groups, posturing MPs and ghosts of the New Democrat past, writes Terry Glavin:

This is about an abdication across the Euro-American “Left” from the challenge of having something useful to say about the ever-intensifying global struggle for democracy, and the challenge of articulating some kind of genuinely progressive internationalism. You’ll find this slovenliness at the helm of Britain’s Labour Party, in the rank-and-file of several European leftist parties, and at the fringes of the U.S. Democratic Party—which otherwise officially supports Guaidó.

The NDP’s unravelling on the Venezuelan question came to public notice shortly after Singh issued a terse and anodyne statement about how Venezuela’s fate should be decided by Venezuelans, but that Canada “should not simply follow the U.S.’s foreign policy, particularly given its history of self-interested interference in the region,” which is nothing like what Canada was or is doing at all. (Maclean’s)

There are not many “likes” for Facebook to be found in a new Nanos poll that looks at the social media giant’s impact on the upcoming federal election: Eight in 10 Canadians think Facebook is untrustworthy or somewhat untrustworthy with its users personal data, while more than six in 10 told Nanos they believe Facebook will have a negative or somewhat negative effect on the October election. (Globe and Mail)