Block leader did not specifiy how many Bloc members he hopes to see in Ottawa. 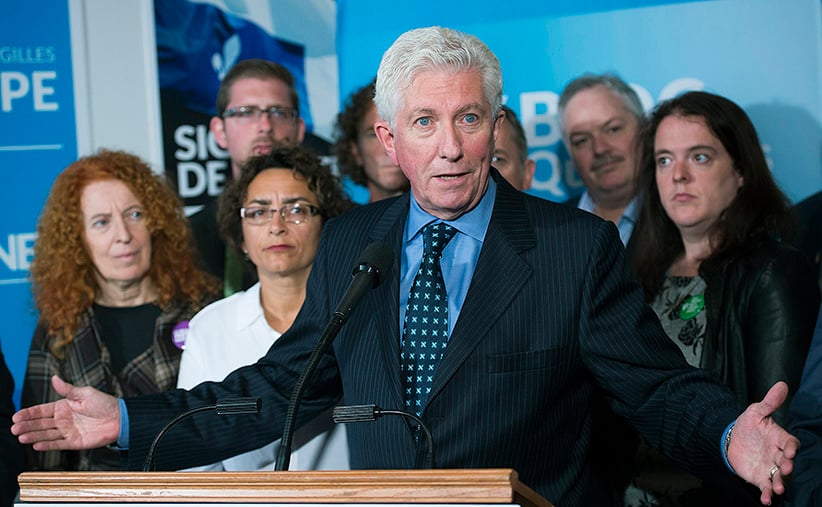 SEPT-ILES, Que. — Bloc Quebecois Leader Gilles Duceppe is striking an optimistic tone in his final weekend of campaigning, saying his party is “closer than ever” to holding the balance of power in the House of Commons.

And, despite the Liberal Party’s rise in the polls, Duceppe stuck to his prediction of a minority government Saturday.

“I spent a few years analysing these situations,” he told reporters in Sept-Iles, Quebec. “I think that’s what we’ll have.”

Duceppe believes the tight three-way battle shaping up between the Bloc, Liberal Party and the New Democrats for the province’s francophone vote could benefit his party on Oct. 19.

“I think people realize the party hasn’t changed its shenanigans,” he said.

Gagnier resigned this week after a leaked email showed he was advising an oil pipeline company on how to lobby a new federal government.

As usual, Duceppe did not specifiy how many Bloc members he hopes to see in Ottawa.

The Bloc Quebecois, which elected only four MPs in 2011, needs at least 12 to regain official party status in the House of Commons.

Duceppe, who presents himself as the defender of Quebec’s interests, said he didn’t believe he missed a chance to make a strong statement when he decided not to visit Lac-Megantic, where a train derailment caused 47 deaths in 2013.

Friday, the town’s mayor deplored the fact that only one federal leader, the NDP’s Tom Mulcair, visited Lac-Megantic during the campaign.

“We didn’t go there, but we were the first to take a position on the railway bypass (to keep trains from passing through the city’s centre),” Duceppe said. “We said we’ve had enough of the self-inspecting of trains. We said we need to do away with DOT-111 rail cars.”

Duceppe said that despite the marathon 78-day election campaign, it was not possible to visit all of the province’s regions.

The Bloc campaign had a full schedule Saturday, with five stops planned across the province.