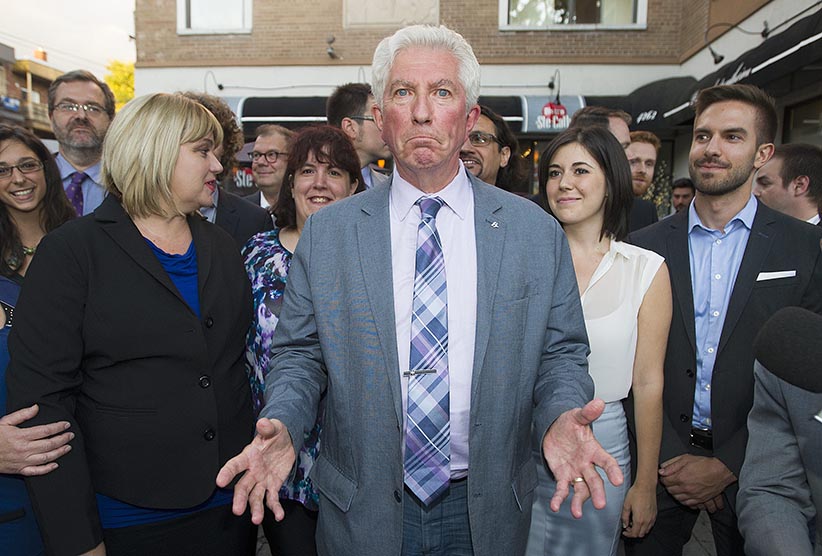 GRANBY, Que. — Stephen Harper will not be prime minister if the Conservatives win a minority government, Gilles Duceppe said Tuesday, adding his voice to those who have already confirmed they will try to immediately topple Harper should that scenario arise.

The Bloc Quebecois leader also proposed several changes to the country’s election system he said would make Parliament more democratic, such as getting rid of automatic confidence votes and limiting the length of election campaigns.

“Stephen Harper will not be prime minister even if he finishes with the most seats in a minority Parliament,” Duceppe said during a campaign stop in Granby, Que., 80 kilometres east of Montreal.

Liberal Leader Justin Trudeau has said he’d vote against Harper at the earliest possible moment, while NDP Leader Tom Mulcair has also confirmed he would not support a Harper-led minority government.

The Bloc leader also discussed his plan to make Parliament more democratic, he said, by proposing to end the “psychodrama” of confidence votes in the Commons.

If a sitting minority government loses a vote of confidence in the House, the action triggers the dissolution of Parliament and the launch of an election campaign.

Duceppe said under his plan, if a future minority government fails to get a majority of votes in the House for a piece of legislation, the government wouldn’t automatically fall, unless a majority of members of Parliament wish it so.

The Bloc leader also proposed limiting election campaigns to 49 days and reducing the amount of money parties can claim for reimbursement from taxpayers.