Politics Insider for Nov. 28: Jerry Dias talks tough for Justin Trudeau, Raj Grewal takes the wrong exit, and why Elizabeth May's engagement is a political romance worth caring about 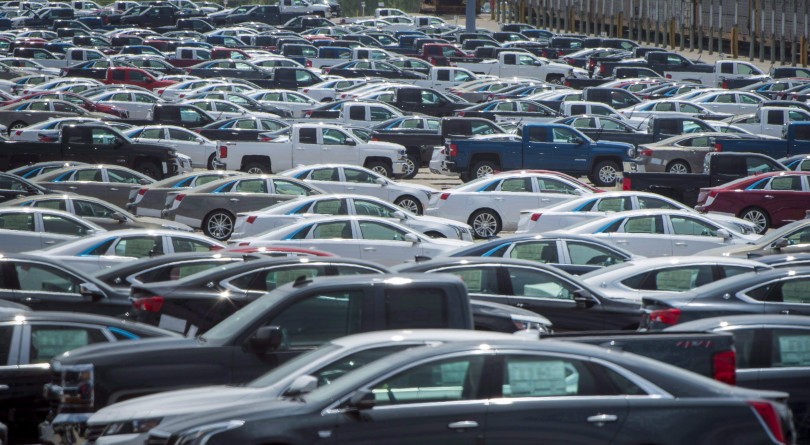 Rachel Notley may be the incumbent Alberta premier, a respected New Democrat swept into power with a commanding majority in 2015, but she’ll have to beat a united conservative juggernaut named Jason Kenney if she hopes for four more years. Tonight Notley sits down with Maclean’s senior writer Paul Wells to discuss the next provincial election, her falling out with her federal and provincial NDP cousins, and latest crisis in the oil patch, among other topics. Watch it live, starting at 7 p.m. ET. (Maclean’s)

Aside from devastating the lives of thousands of workers, General Motors’ decision to close five plants across North America, including its operations in Oshawa, has let the air out of political game plans in Washington, Ottawa and Queen’s Park:

Jerry Dias, the head of UNIFOR, which represents autoworkers, had a message for Justin Trudeau when the two met Tuesday. GM could be headed for “complete disinvestment” from Canada is the Oshawa closure goes ahead. Afterwards Dias seemed to talk a lot tougher about how Trudeau would respond to GM than Trudeau himself has yet publicly indicated: “The prime minister doesn’t view it as a fait accompli — he’s going to roll up his sleeves and fight with us. … They aren’t closing our damn plant without one hell of a fight.” (CBC News)

Meanwhile, in just two days the signing ceremony for the USMCA trade deal is expected to take place in Argentina, but Canada, the U.S. and Mexico are still haggling over the wording in the agreement. (CBC News)

Hypothetically speaking: Until September former Liberal MP Raj Grewal sat on the House finance committee and regularly probed police and government officials about how money laundering cases are investigated. “How many resources does FINTRAC have to go after each little $10,000 transaction?” he asked one Finance official, according to a Globe and Mail review of committee transcripts. “If I’m money laundering, I’m not doing transactions in the millions to catch attention. I’m doing them at the $10,000, $15,000 limit to get away with it.” (Globe and Mail)

At times Grewal wanted to know how many investigations were ongoing, how FINTRAC collected data, and whether the $10,000 threshold for banks and casinos to report transactions to FINTRAC should be raised. Grewal resigned this week because of a gambling addiction that regularly saw him casinos flag him to FINTRAC for transactions in excess of $10,000.

Funny thing, though. Grewal may have used Facebook to tell his constituents in Brampton East that he was quitting over health reasons, but until he actually follows the proper steps for resigning, Grewal is apparently still their representative in Ottawa. (Global News)

Canada Post employees grudgingly returned to their jobs Tuesday after Ottawa passed back-to-work legislation. Businesses cheered the news, the postal union vowed to fight it in court, and Canada Post revealed it lost $140 million in the first three quarters of 2018. (Canadian Press)

Historically and mercifully, Canadians have not looked to politicians as romantic role models, nor cared particularly about exposing their relationships, writes Anne Kingston. The new Green power couple of Elizabeth May and John Kidder might be different. (Maclean’s)