Politics Insider for Sept. 30: A look at the Liberals' costed election platform, and the Conservatives' weak stance on climate change 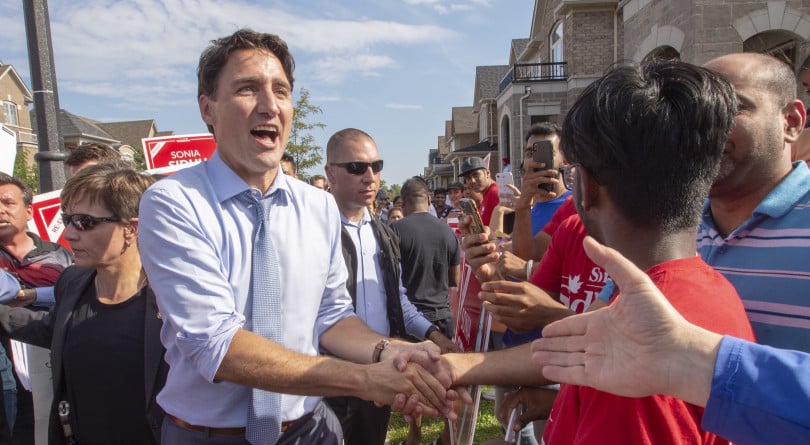 Dude digs deficits. The Liberals unveiled their costed 2019 election platform, and it’s packed with goodies for everyone… except those who enjoy knowing how things will be paid for. The full platform includes a 15-per-cent increase to the Canada Child Benefit program for children under one; increasing Old Age security by 10 per cent after recipients pass the age of 75; an interest-free grace period for new parents with student debt; a promise to achieve net-zero emissions by 2050; a ban on military-style assault rifles; a plan to hire new police officers and judges; the elimination of citizenship fees; a ban on conversion therapy that targets LGBTQ people; investments in PTSD support for veterans and first responders; and a whole bunch more.

Notably absent from the platform are metrics by which the Liberals plan to pay for these billions of dollars in extra spending. There are a few hints at this, including $500 million in expected revenue from the Trans Mountain pipeline expansion and a new luxury-goods tax of products that cost at least $100,000 (which should net around $600 million a year), but the numbers don’t quite match yet.

Big man on campus. The Liberals’ platform includes plenty of help for graduates. They plan to bump up the interest-free grace period on student loans from six months to two years, while students wouldn’t have to start repaying until they earn at least $35,000 a year. Justin Trudeau made the announcement at the University of Toronto’s Mississauga campus, which, according to Maclean’s John Geddes, was pointedly intentional.

Digging a little deeper into Statistics Canada data, turnout in 2015 was highest among young people who had recently completed their degrees—exactly those likeliest to be struggling to repay those loans. Among Canadians aged 25-34, the voting rate of those who had finished university was a yawning 42 percentage points higher than those who hadn’t completed high school.

Those numbers add some context to Trudeau’s concerted pitch in the 2019 Liberal platform, released in full today, to win over financially strapped university and college students—and their parents.

Broker hoax. In a sweeping (and paywalled) profile of Andrew Scheer, The Globe and Mail revealed that the Conservative leader was not, as he claimed on his resume, an insurance broker.

In official bios (such as the one on his Facebook page), Mr. Scheer is said to have been an insurance broker before entering public life. His office said he was an insurance agent. He was not.

The Globe and Mail found no record he ever received the licence required by law to work as an insurance agent or broker in Saskatchewan. Asked to clarify, Mr. Scheer’s spokesman, Daniel Schow, said earlier this week that Mr. Scheer took broker courses, but left the industry before receiving a licence. The job functions Mr. Schow listed were clerical, such as issuing licence plates and collecting payments.

The Liberals have pounced on this, asking for an investigation into his credentials. But Scheer himself is brushing aside the discrepancy: he says he was accredited by the Canadian Association of Insurance Brokers, though he left the industry before he received his license. Can you call yourself a broker if you’re accredited but not licensed? Here’s a better question: Does it really matter? The fracas itself is less important than the hypocrisy underlying it. The Conservatives have long attacked Trudeau for being “Not as advertised”—more than anything, this is simply an opportunity for the Grits to throw some of that mud back in the Tories’ faces.

Beware the eggs of the march. Three of the major party leaders joined in Canada’s climate marches last Friday (guess which three? Hint: it’s not the guy who said he’d “do nothing on climate change“). And while Trudeau’s campaign team felt it was a good move for him to march down the streets of Montreal, they perhaps didn’t realize that climate marches are, by definition, marches against Trudeau’s government, which is why several protesters booed him for buying an oil pipeline, while one guy was arrested for trying to egg the prime minister. “Global News has confirmed that the man in had eggs in his hands,” Rachael D’Amore reported. “Reports from the scene suggest that several eggs—possibly a whole carton—were visible on the ground.”

While Elizabeth May joined Trudeau in Montreal and Jagmeet Singh marched in Victoria, B.C, Scheer opted to instead announce some climate-adjacent policies targeting suburban commuters, including expanding Toronto’s subway system and doubling a prominent B.C. tunnel capacity from four lanes to eight. When Scheer claimed the road expansion would reduce carbon emissions, he explained his logic: “When you have a tunnel that does not have the capacity to handle the number of motorists who use it, that means there’s huge backlogs, and lots of time spent idling or moving very slowly, that leads to higher emissions.” The problem is, for decades, city planners have noticed the opposite being true: induced demand means more lanes entice more drivers, which keeps traffic levels pretty much status quo. Well, except one difference: there are more cars on the road.

Open your eyes. It’s worrying and paradoxical that Scheer and Conservative supporters ostensibly believe climate change is a real threat, but offer up half-baked solutions. Stephen Maher summarizes the problem in Maclean’s:

Take the Conservative Party of Canada, which proposes to kill the Liberals’ carbon tax and instead levy fees on large emitters that will go to a fund to develop green technology, which sounds good, except that without a price on emissions, it is unclear why anyone would use green technologies. The Conservative climate plan, like that of the United Conservatives in Alberta, appears to have been written by the oil industry, which will be able to spend emission fees on technological R&D under the supervision of a government sympathetic to its business problems.