On the eve of his final Remembrance Day, David Johnston reflects on his experience with the Canadian Armed Forces 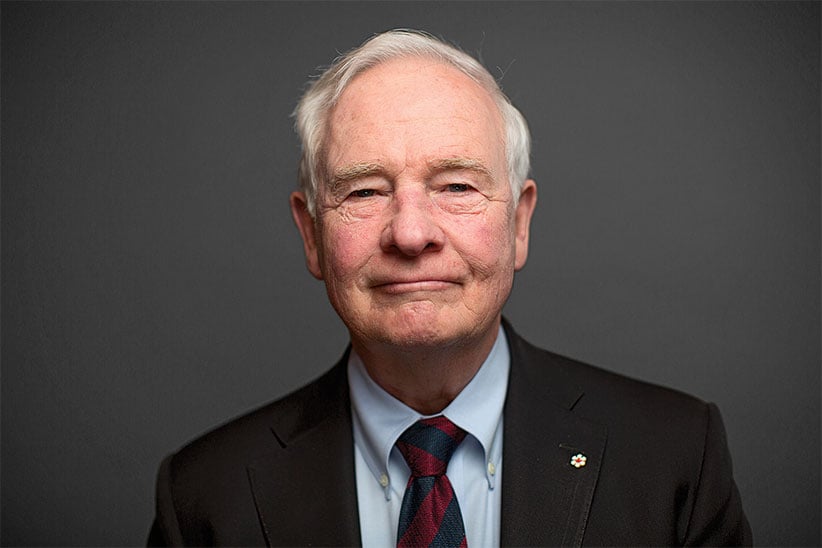 OTTAWA – David Johnston had been Governor General for a month when he flew to Afghanistan to visit the Canadian troops in Kandahar in November 2010.

During the trip, Johnston met a senior U.S. military officer who praised the Canadians’ battle prowess, but also their ability to “take off the warrior hat” and help rebuild after natural disasters and conflict.

Six years later, with Canadians preparing to mark Remembrance Day, Johnston says he has seen that attribute over and over again during his time in office.

“They’re good warriors,” he told The Canadian Press in an interview. “But they have another mindset which has to do with fundamental values of making your society work.”

But Johnston worries that despite a high level of respect, most Canadians don’t know about that unique ability — or much else about the military and those who serve in it.

Soldiers and military personnel routinely place near the top of opinion polls asking Canadians which professions they respect the most.

Annual surveys conducted for the Department of National Defence in recent years have similarly shown overwhelming levels of support for the military among the public.

But the National Defence polls also found public awareness has dropped off since the end of the Afghan war, with many Canadians having only limited familiarity of the Canadian Armed Forces.

Johnston’s term as Governor General is set to expire next September, meaning Friday will be his last Remembrance Day as commander-in-chief.

He said he had a high level of respect for those in uniform before taking office and that has grown to admiration over the last six years.

“We’re very fortunate in the quality of people that we attract into military service in Canada,” he said.

“I’ve seen first-hand how those old-fashioned virtues of duty, honour and service are real and lived out every day. And I recognize that these are people who sign up to face danger. Not to avoid it, but face it head on.”

Johnston’s time at Rideau Hall coincided with a period of great change for the Canadian Armed Forces.

The combat mission in Afghanistan came to a close. Budget cuts and delayed procurement projects raised questions about its long-term capabilities. And concerns about sexual misconduct and the treatment of those with mental injuries such as post-traumatic stress disorder bubbled to the forefront.

While Johnston is military commander-in-chief, his wife Sharon was appointed last June as the honorary naval captain of military personnel, a post in which she has focused on PTSD and similar injuries.

While the armed forces have made progress on mental health, the Governor General said there are still examples of soldiers being told to “suck it up,” and that the perceived stigma over admitting to a mental injury needs to be eliminated.

“We need to do more,” he said. “I don’t think we should underestimate the difficult of dealing with the sort of taboo or the kind of silence about it.”