Hamilton has shed its rust. Can the New Democrats? 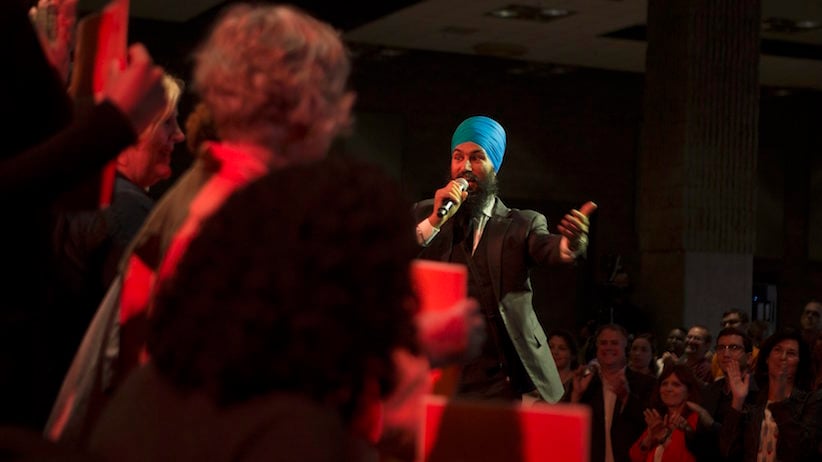 The choice of Hamilton, Ont., for the final “showcase” event of the NDP’s leadership race on Sunday afternoon suggested that a certain old-school union vibe might be in the air. Each of the four contenders would have 22 minutes to impress the party faithful, gathered in a downtown convention centre in the former steel town, which has known more than its share of the pain of shedding manufacturing jobs.

And, indeed, there were those moments. Northern Ontario MP Charlie Angus calling to the stage an auto worker who might soon be on strike. A Steelworkers official endorsing Quebec MP Guy Caron. Manitoba MP Niki Ashton declaiming that she grew up knowing “which side I was on.” Ontario MPP Jagmeet Singh, who hails now from the Toronto’s western suburbs, pointedly noting that he also lived for a while in proudly grittier Windsor, Ont.

These messages might well have resonated as more than just nostalgia for the NDP’s union heritage. Nobody has failed to notice how Donald Trump and the Brexiters exploited the resentments of voters in regions on the losing end of global shifts in where stuff is made. Social democrats might plausibly propose repurposing their roots as an alternative to the right-wing populists’ cons.

But Hamilton doesn’t cooperate with a simple narrative about any crying need for traditional left-wing solutions, like protectionism. Statistics Canada data shows five years of declining unemployment in the city, to 5.4 per cent in August, a nice notch lower than the Ontario and Canadian averages. While there are still 44,0000 manufacturing jobs in Hamilton, nearly 160,000 work in education and healthcare, professional, financial and support services. Instead of rusting, this mid-sized city diversified.

As a case study, Hamilton doesn’t conform neatly to customary NDP talk of how Liberal and Conservative rule brings ruination. Just as well, then, that industrial policy didn’t figure all that prominently in the NDP leadership contest anyway. (The race is now entering its final phase as party members start online voting.) The more vigorous policy pitches—as was made clear over and over on Sunday—have been on Indigenous issues, climate change, and economic inequality.

Those are big themes—big enough to easily find fault with how the Liberals are handling any of them. But is Justin Trudeau seriously exposed on those fronts? For instance, painfully slow progress on improving First Nations health, education, housing and water might be more than frustrating, but I suspect most voters will guess that these are inherently stubborn problems.

Or consider greenhouse gas emissions. Cuts might not be coming fast enough, but it hardly appears that the Liberals—as they push the provinces to fall in line with a national carbon price—aren’t trying. Inequality might remain a profound problem, but Finance Minister Bill Morneau’s bid to stop the well-off from availing themselves of small-business tax breaks sure looks like a concrete, if limited, effort to make the system fairer.

None of this is to suggest that the Liberals are beyond reproach on these challenges. It’s just to itemize why they aren’t noticeably vulnerable to NDP attack on any of them. And something else looms behind it all: a surging economy, which posted 4.5 per cent growth in gross domestic product in the second quarter of this year. Times that good can put voters in a complacent, even forgiving, mood.

No wonder so many New Democrats are intrigued by Singh’s candidacy. He’s just 38, a sharp-dressing turbaned Sikh, with a patter that’s easy to listen to. He ticked off the key policy concerns in Hamilton, sure, but it’s when he talked about expanding the NDP’s reach in urban and, especially, suburban ridings that the crowd got with him.

“This leadership race is about who will get us ready for 2019,” he said in the most urgent-sounding part of his showcase speech. “Our team has already started by recruiting 47,000 new members.” (Big number, big cheers.) “In the greater Toronto and Hamilton area, 50 of 59 seats are held by Liberals. This is where our team recruited 25,000 new members. Now imagine what we could build together in two years.”

Singh happened to have drawn the last showcase slot, so the NDP faithful exited the windowless convention hall with his upbeat talk of organizational acumen, not plodding policy dilemmas, ringing in their ears. They found a warm, sunny late afternoon waiting for them—more summer hanging on than fall setting in—and Hamilton looking, if this is possible, almost too good.