Politics Insider for Apr 6: You can apply to the CERB starting today, and millions of masks should be arriving—just not from the U.S. 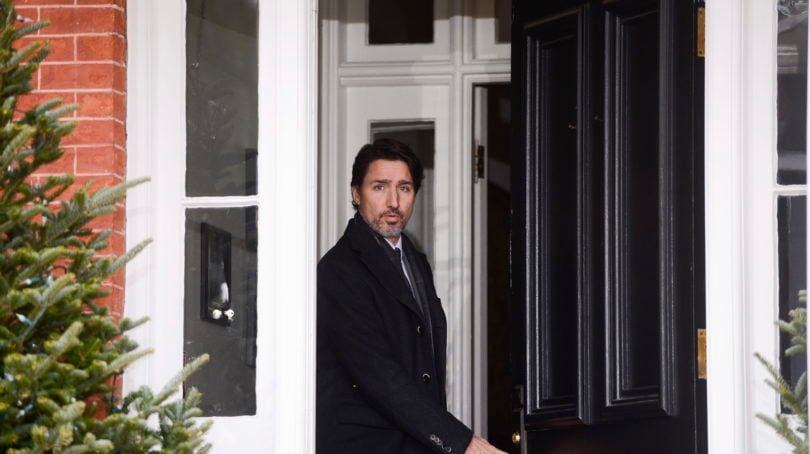 Trudeau addresses Canadians on the COVID-19 pandemic from Rideau Cottage in Ottawa on April 3, 2020 (CP/Sean Kilpatrick)

Starting today, Canadians can apply for the Canada Emergency Response Benefit (CERB), which is essentially Employment Insurance for people who’ve been laid off because of the COVID-19 pandemic and aren’t getting (or don’t qualify for) Employment Insurance. It’s $500 a week for up to 16 weeks, and the application page is here.

To ensure the website isn’t overwhelmed to the point of malfunction in its nascent hours, the government has set up guidelines for who can apply on what days, staggering applicants by birth month on different weekdays. In his daily press conference on Sunday, Justin Trudeau announced that those approved with a direct deposit will receive their first payment within three or four days. (Read the full transcript of his speech here.)

The speed and efficiency of this will be a major test for the federal government, which has been criticized lately for its belated measures, backlogged EI payments and inconsistent public-health recommendations. Over the weekend, we can add projections to the list of grievances—or a lack thereof. Unlike other countries, including the United States, Canada has not released any nationwide forecasts predicting how many total cases and fatalities we’re likely to see.

Theresa Tam, Canada’s chief public health officer, said those projections are not “crystal balls” and stressed the importance of looking at the confirmed data: as of Sunday night, Canada has more than 15,500 cases and 280 deaths.

Provincially, however, governments are releasing their numbers, either to confirm that our collective social sacrifices are worthwhile or to scare more Canadians into following suit. In late March, British Columbia released projections that proved the worth of physical distancing (to wit: cases were expected to increase by 12 per cent rather than 24 per cent), while more recently, this past Friday, Ontario’s government predicted between 3,000 and 15,000 deaths over two years.

Like in B.C., Ontarians were told of a hypothetical alternative without preventative measures: 100,000 people would have died. Alberta and Quebec have said they’ll release their own numbers this week.

Ontario’s decision to put a number to all this was a sobering, and critical, turning point in this pandemic, and is tied to Doug Ford’s overall tone shift from bombastic partisan hound to calm, focused premier. His government on Saturday also slashed the number of “essential businesses” permitted to remain open down to 44 from its original list of 74.

In Maclean’s, Paul Wells writes that the attitude reflects a sharp turn for a government that was elected on a promise of letting Ontarians live their care-free, buck-a-beer lives.

It was a startling admission from a premier who had run for office, in no small measure, on promises to make picnics in parks and cold ones with buddies easier to get in Ontario. But the premier, like most of us in our due time, has decided sorrowful knowledge is more compelling than glib ignorance, and that the only way to deny purchase to an infectious disease is to give it fewer chances to infect.

To see firsthand what the pundits are talking about, read the full transcript from Doug Ford’s Friday press conference here.

Masks off. To say Ford has totally leashed himself, however, would be a lie. Case in point: United States President Donald Trump announced he would halt all exports to Canada of protective masks made by American manufacturer 3M. The Canadian government could have retaliated in several ways, including barring Ontarian nurses from working in Detroit, for example, or halting exports that flow the other way. Trudeau will do none of that, saying he prefers discussion to hardline tactics. “I don’t think it’s a good thing to harm your neighbour to succeed,” he told reporters on Sunday. “That’s why we will work together to resolve this difference between friends.”

Doug Ford, however, is saying what Trudeau cannot. “I can’t stress how disappointed I am with President Trump for making this decision,” said the man who once called his support of Trump “unwavering.” “I’m not going to rely on President Trump, or any prime minister or president of any other country again.”

Ford was joined by Dwight Ball, the outgoing premier of Newfoundland and Labrador, who said he was “furious” with Trump for the decision, and the mayor of Gander, N.L., agreed. You know you’ve gone too far when the mayor from the town behind Come From Away comes at you.

Trudeau also addressed the mask issue directly during his Saturday press conference (transcript here), saying the country would receive an international shipment of millions of masks sometime Monday from countries that are not directly south of us.

The long journey home. In an investigation published in the latest edition of Maclean’s, Jason Markusoff and Michael Friscolanti unveil the massive operation to bring home thousands of Canadians stranded abroad last month.

Anxious dramas like these were playing out across the planet as the pandemic shuttered the free-flowing global travel routes that sent Canadians—as many as five million of them at any one time—securely abroad for vacation, study or long-term living. An astonishing one million citizens and permanent residents returned in a single mid-March week, but legions more were desperate, homesick and stranded, as a panicked world snapped shut around them.

Yet on that same subject, Scott Gilmore isn’t sure the federal government always owes its citizens a flight home. There have been incidents in the past, tagged with hefty prices, that seemed borne out of convenience rather than necessity. Does this novel coronavirus change things?

The question is: What does our government owe us? It’s a fundamental one that we take for granted every day. If we pay our taxes, obey our laws and vote in our elections, what do we get in return? Some things we can all agree on. We must have roads, police officers, affordable health care and air traffic control. But each of us has a slightly different set of expectations. And for too many Canadians out in the world, Ottawa’s duty of care includes concierge travel-agency services.

Support your local media, if you can. Weeks ago, the federal government planned a $30-million ad buy to help Canada’s struggling newspapers, and Heritage Minister Steven Guilbeault last week announced he was putting in place long-promised tax measures for the media industry to the tune of some $600 million. But for some publishers, it’s already too late. Halifax’s alt-weekly The Coast fired 20 staffers and ceased its print edition a couple weeks ago, and late last week, the Vancouver Courier and Canadian Jewish News announced they’re shutting down due indefinitely to sharp decreases in ad revenue. If you can afford to pay for your news, now would be a good time to start.

But even if you’re not inclined to support financially, you can always join the conversation in other ways. Maclean’s is looking for readers’ stories of what life has become for everyday Canadians living in self-isolation.

You’re not alone in your frustration. Nearly everyone in the country is going through a variation of the same situation. So, we want to hear what self-isolation and the #stayhome era has been like for you, whether you’re in close quarters with loved ones or stranded far apart. Submit up to 200 words below about your experience for a chance to be featured on Macleans.ca.