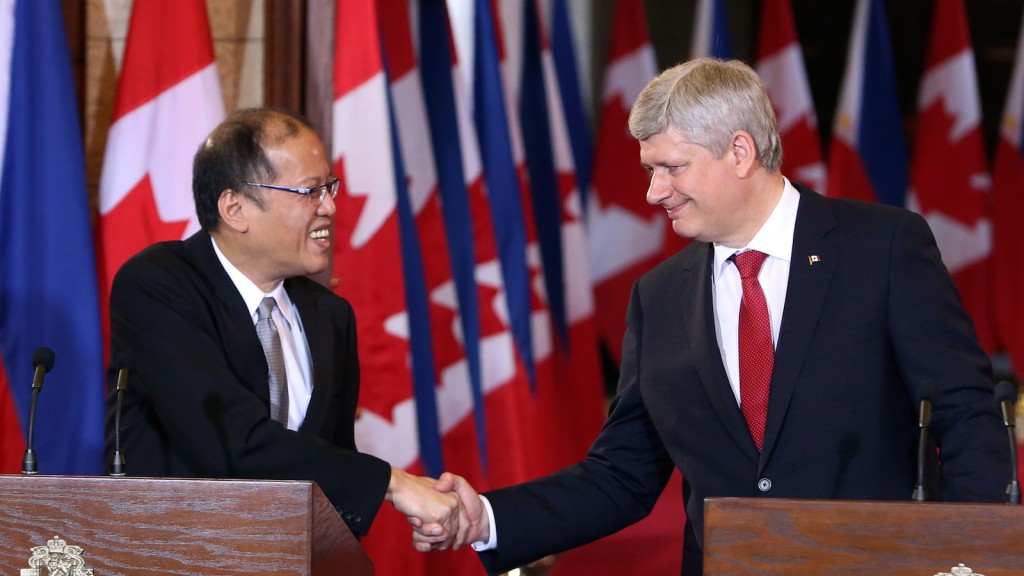 OTTAWA – Prime Minister Stephen Harper said Friday he doesn’t want to create a permanent underclass in Canada because of problems with the temporary foreign worker program.

Harper made the comment as he hosted Philippines President Benigno Aquino, on the second day of his Canadian visit.

Harper touted the Philippines as a great source of immigration to Canada and he expects those levels to grow. “This is a pro-immigration government,” he said.

But Filipinos are among the many communities in Canada affected by changes to the temporary foreign worker program.

With a federal election in the offing this fall and with 700,000 Canadians of Filipino descent making up one of the country’s larger diaspora communities, Harper played down the effect of those changes.

The Conservative government set an April 1 deadline for temporary foreign workers in low-skilled jobs to either become permanent residents or return home.

“We’re making sure, first of all, obviously that immigrants are not filling jobs for which Canadians could be hired,” Harper said in response to Filipino journalist’s question.

“This country is not going to have a policy, as long as I’m prime minister, where we will have a permanent underclass of temporary people … here forever with no rights of citizenship and no rights of mobility.”

Harper said the government wants to ensure that when people come to Canada they have a pathway towards becoming citizens.

For his part, Aquino didn’t appear troubled by the implications of the temporary foreign worker program, as the two leaders appeared happy and at ease with each other.

“The briefing I got today talks about a distinction between skilled and unskilled workers,” said Aquino.

“And since most of our countrymen who are here are of the skilled variety, then that provision that you cited seems to not be applicable.”

Peter Sutherland, a former Canadian ambassador to the Philippines, said there are a number of Filipinos in Canada who would fall into the unskilled category, and the government’s policy change would clearly have implications for them.

“To the extent that a certain number of Philippines workers here have been unskilled, I think they’d be affected by the new changes, and that would be something they wouldn’t be terribly happy about.”

Harper wants to boost the $2 billion annual trade between the two countries and make inroads into the 10-country Association of Southeast Asian Nations, or ASEAN, which the Philippines helped to create.

Harper also announced that International Trade Minister Fast will lead a trade delegation to the Philippines later this month, following a similar mission last year to Laos and Myanmar, two other ASEAN countries.