'The government has no plan or no intention to move this year into a surplus,' PM says in presentation to two boards of trades 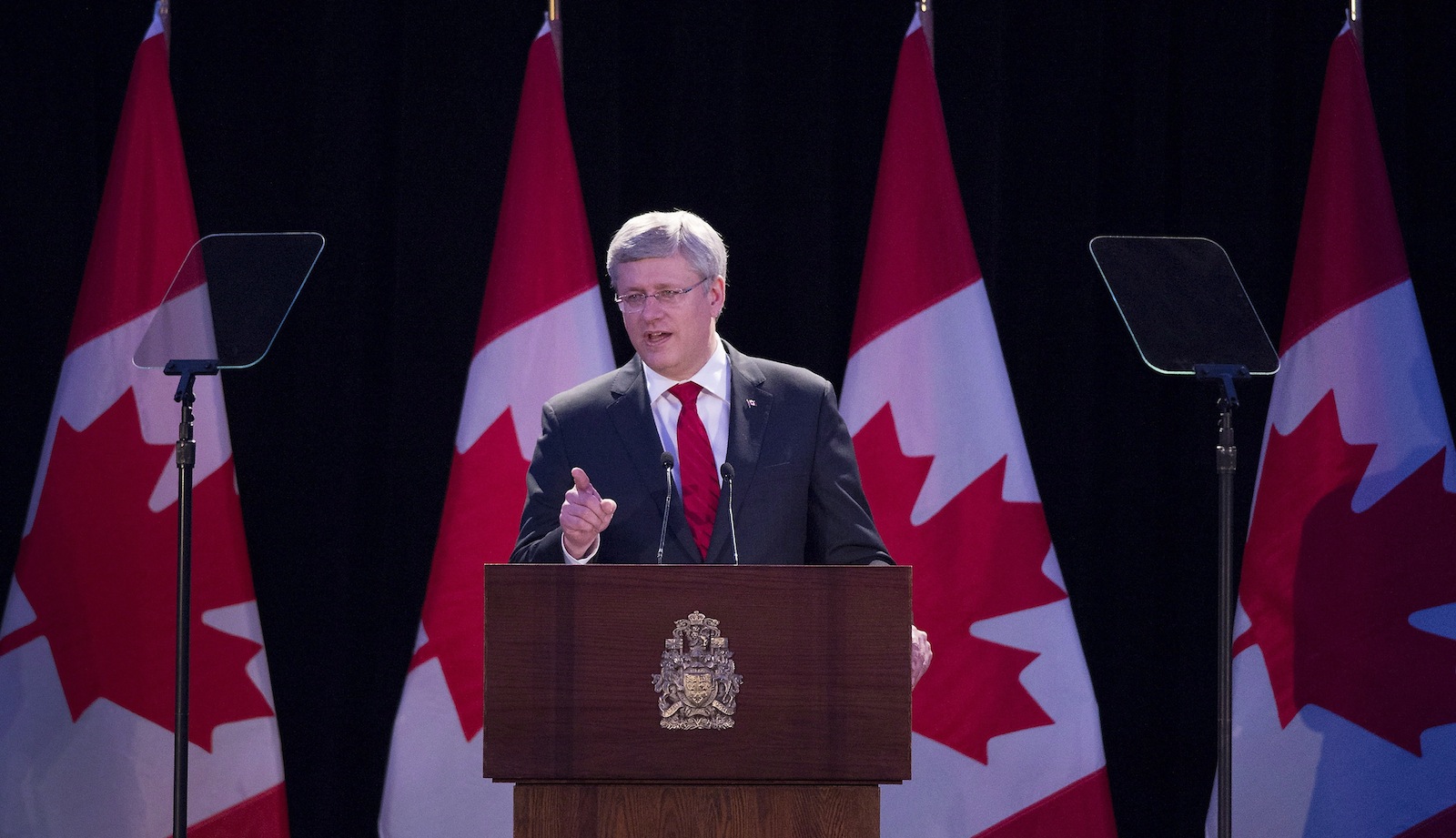 The government had projected a deficit of $16.6 billion for 2013-14 in the last budget, but it’s expected to be about a third of that, he told members of two board of trades in Brampton, Ont.

“The government has no plan or no intention to move this year into a surplus,” Harper said in a presentation ahead of a moderated question-and-answer session.

“We continue to intend to run a small deficit this year before returning to surplus.”

The rest of the figures remain unchanged from the estimates made in February’s budget: a $2.9 billion shortfall in the 2014-15 fiscal year — which runs from April to next March — then climbing to a $6.4 billion surplus the following year, he said.

One-time factors played a significant role in the improvement this past year, Harper added, but didn’t offer details.

The timing is hardly a happy coincidence for the Conservatives, who find themselves well on their way to reaping a surplus just in time for a federal election, scheduled to take place in October 2015.

Harper said the Tories do intend “to move quickly to implement promises that we made to Canadians in the last election.”

One of those planks — an expansion of income splitting for couples with children — was announced during the 2011 campaign, but was contingent on the government balancing the books.

The Conservatives are expected to come up with other goodies to finance the coming campaign, depending on how large the actual surplus turns out to be.

Harper said the Tories didn’t wrestle down the deficit by cutting transfers to provinces and territories, but by controlling direct program spending, which he said has been flat or declining in most federal departments.