Harper's pot wedge: Up in smoke

Paul Wells on how Harper's winning issue is losing its kick 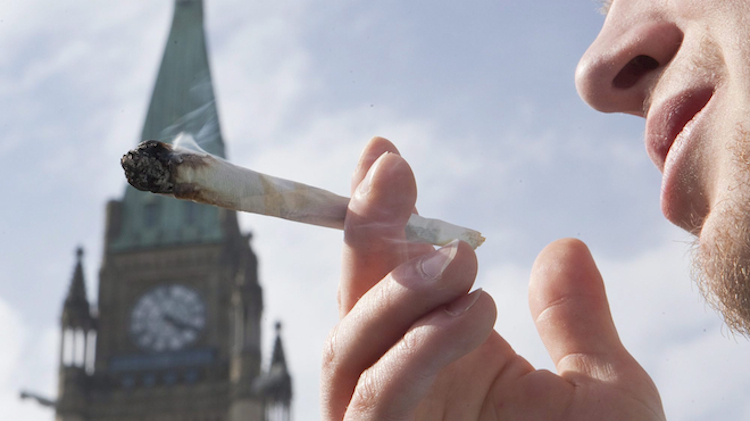 But here, Silver declines a chance to suggest the Times is Out of Touch with the Real Murrican People. Because the American people have been changing their mind on pot, and rather swiftly. And, more germane for our interests up here at Maclean’s, some Canadians’ minds have been changing, too.

In 2011, Silver wrote at the time, Gallup found its first U.S.-wide majority in favour of marijuana legalization. The long-term trend chart in that article is fascinating: Support for it sometimes rises and falls, but the level of support seen these days would have looked crazy in, say, the early 1970s. Of course, this helps to explain recent legalization initiatives in a handful of U.S. states. You could say it’s a profound cultural shift—as, indeed, the Los Angeles Times did, yesterday.

Up here, Prime Minister Stephen Harper has been hitting hard at Liberal Leader Justin Trudeau’s advocacy of marijuana legalization for about a year now. Really hard: I don’t think the extent of the radio, TV and paper campaign against Trudeau and pot has yet been tallied. Here’s one early effort of mine to provide a partial accounting. The Conservative case against today’s Liberals, in fact, can be summed up as a general argument that they lack judgment and their leader lacks more than most; and a specific case that he’s high and wants to get your children high, too.

My own hunch, discussed at length in this column from last September, was that Harper was onto something. Advocates of pot legalization are a loud and self-impressed bunch, I wrote, but they’re balanced by other people in other parts of the country who still greatly fear the demon weed—and outnumbered by many others who don’t care about the disposition of the law and won’t vote for a party just because of its views on pot.

But views change. One suggestion that they’re changing in Canada comes from Faron Ellis at Lethbridge College, who’s done several waves of public-opinion polling in Alberta on social issues. In 2013, for the first time, Ellis and his colleagues found majority support in Alberta for decriminalization of marijuana for recreational use. Support for liberalized laws on recreational pot had grown by more than 10 points in only two years. In Alberta.

Now, in a multi-party system, it doesn’t matter much whether absolute majorities go one way or another on an issue. What matters is how much of the electorate is with you, and how many options are available to those who are against you: If only Conservatives are strongly against pot liberalization, and the pro-ganja vote is split among Liberals, New Democrats, Greens and the Bloc, Harper might still do nicely.

But it’s also possible that the arguments the New York Times finally dares to make are appealing to growing numbers of people everywhere, including growing numbers of Canadians. Their number could include libertarians, as Colby Cosh has pointed out, who would otherwise be likely to vote Conservative, but who have had quite enough of the Harper crowd’s school-marmish finger-wagging.

I’m not sure how marijuana will play in a general election, or whether it’s salient enough to make any real difference. A year’s polling on political party preferences suggests it hasn’t exactly been a magic bullet against the Trudeau Liberals. Opposition to same-sex marriage was a strong incentive to form a united Conservative party more than a decade ago and, now, that issue has just about vanished as a differentiator among political parties. That sort of thing could happen again on another issue, and Harper must worry that it is.