Has anybody checked Andrew Scheer's pulse?

Politics Insider for Nov. 27: Scheer gets an earful in Quebec, Freeland is back at it with USMCA and a Trudeau win in CN Rail strike resolution 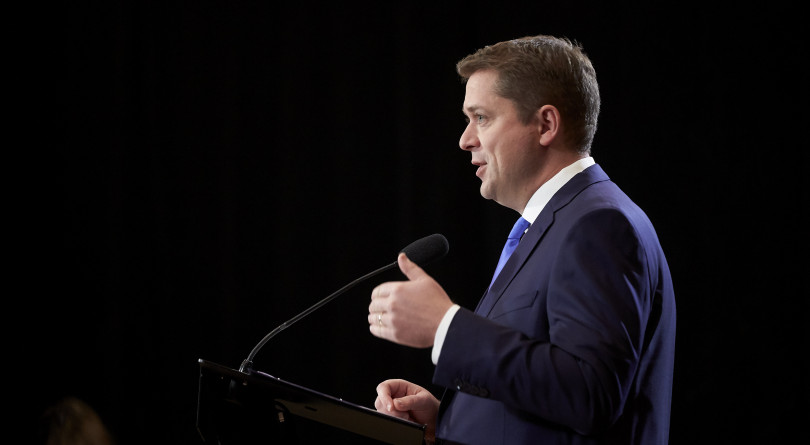 So, how’s your week going?: On Monday Andrew Scheer met with defeated Conservative candidates in Quebec. It did not go well. Several called for him to step down, including Montreal area candidate Marie Claude Fournier, who told the Toronto Star: “I think that will take another leader, other than Andrew Scheer. Andrew Scheer is a good person … he’s very attentive, but if I could speak for myself, and for my riding in Quebec, he’s not the man for the job. He doesn’t have the leadership of the troop. He doesn’t understand Quebec.” She wasn’t alone. Another Montreal-area candidate, Maikel Mikhael, told the CBC Scheer “lost the moral authority with his candidates, with Quebecers” while former candidate François Desrochers said he “will not get involved in the riding if [Scheer] stays.”

Add to that yet more calls for Scheer to step down. Kory Teneycke, who served as Stephen Harper’s communication director, said Scheer should resign and run for the leadership again if he’s really confident that Conservatives support him. Nor does Teneycke think Scheer is going to have an easy time of replacing his recently-fired chief of staff Marc-André Leclerc: “Being asked if you want to be Andrew Scheer’s chief of staff right now is probably like asking someone if they want to be captain of the Titanic.” Meanwhile social conservatives want Scheer gone too — if Scheer was seen as being too socially conservative for voters in the election, to social conservatives he wasn’t socially-conservative enough: “A lot of social conservatives have no interest whatsoever in backing Andrew Scheer,” ex-Conservative MP Brad Trost told The Globe and Mail. “We feel we are being made the whipping boy for his communications blunders.”

Then on Tuesday the CBC published audio recordings of political attack dog Warren Kinsella, who was reportedly hired by the Conservatives to “seek and destroy” Maxime Bernier’s nascent People’s Party, channeling his inner Sith in a meeting with his political consulting firm. “I want the hatred you have for Maxime Bernier to wash over you as a purifying force,” Kinsella said in a May 16 recording. “There’s nobody in the country doing what we’re doing to Max Bernier.” At one point Kinsella said “Hamish and Walsh” — an apparent reference to Scheer’s campaign manager Hamish Marshall and campaign co-chair John Walsh — would soon start asking for results from the so-called “Project Cactus” campaign against Bernier. (Marshall denied to CBC any oversight involvement with Kinsella’s work and Walsh didn’t comment in the story.)

Notably, for a self-styled dark prince of politics, his assessment of Scheer’s prospects in the election was off by a country mile. Scheer “just needs to maintain a pulse” in order to beat Justin Trudeau, he said.

Canada’s Minister of Everything: Chrystia Freeland is taking a break from her new role of fixing the nation’s unity crisis to reportedly don her old cap as chief trade negotiator with Washington. According to the Globe and Mail Freeland — who Trudeau named as his deputy prime minister and shuffled from foreign affairs to intergovernmental affairs — will be in the U.S. capital today to negotiate a side agreement aimed at making the U.S.-Mexico-Canada Agreement more palatable to Congress, which must ratify the deal before it can become law.

Back on the rails: At 6 a.m. this morning CN Rail workers returned to work after reaching a tentative deal to end their week-long strike. For the Trudeau government, which resisted repeated calls from industry, farmers and premiers to intervene to end the strike and instead argued that the collective bargaining process should run its course, it’s being seen as an early political win of the Liberals’ second-term minority government. “It would have caused a fissure with labour if they did back-to-work,” notes one strategist to Bloomberg.

Well qualified: After a disappointing loss as an independent candidate last month, former Indigenous affairs minister Jane Philpott — who quit Trudea’s cabinet over his handling of the SNC-Lavalin file and treatment of Jody Wilson-Raybould — has taken a position as a special health adviser to the Nishnawbe Aski Nation in northwestern Ontario. Philpott, who also served as health minister, is working with NAN to create a local health care model, having seen first-hand the shortcomings of Indigenous health care programs.  “It hasn’t worked for a whole variety of reasons, but mostly because First Nations have had little to no say in what the health system should look like and how it can be designed to meet the needs of communities,” she told CTV News.

Catherine McKenna’s video showed emotion—so what?: In a tearful video McKenna recorded from her office and posted on social media, she clutched a handmade calendar crafted by her children that counted down the final 10 days of the election and praised them for helping her on the “hard days.” The recording made some viewers uncomfortable, but as Prajakta Dhopade writes, to her the video showed strength:

I believe the video is vulnerable, inspiring and deeply human. And most of the responses on Twitter commended McKenna for her honesty. Showing emotion ‘proves you are human,’ one user writes. For me, it was also a source of inspiration; McKenna showed us that having emotions and an important job are not mutually exclusive. And her decision to share her feelings with an online audience—one that’s waiting to pounce—was a fearless move.

It’s heartening that a woman in power shared her professional challenges and struggles, as well as the fact that she leaned on her children to get through it. Children, McKenna says, motivate her to do her job. “It’s really about the future we want and it’s about our kids,” she states in the video. Read more ››

Say the word: Help us better understand what you’d like from the Maclean’s Politics Insider newsletter. This short survey will only take a few minutes to complete. We really appreciate the feedback.