Have the Brits never heard of the Ookpik Index for mascots?

The criteria is simple: furry, goggle-eyed and easily reproduced as souvenirs

Evidently our friends in the United Kingdom fail to understand the most rudimentary elements of successful mascot design. All mascots should be tested in advance by applying the simple Ookpik Index scoring system. 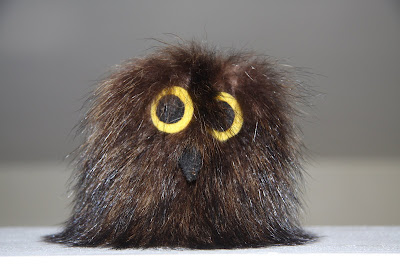 A perfect Ookpik score of 67 (as in Expo 67) means that a mascot is every bit as furry, equally goggle-eyed, and just as easily reproduced as souvenirs, as the originals first created at the Fort Chimo Eskimo Co-Operative in 1963. A zero Ookpik score means the unfortunate mascot in question entirely lacks cuddliness, goggle-eyedness, and inexpensive replicability.

The new British Olympic mascots have only one eye each, a major breach of Ookpik design principles, which clearly call for two. They are entirely smooth and thus lacking in fuzzy, furry, or even hirsute qualities. However, they do look easy to manufacture, which earns them a score of perhaps 10 or, charitably, 15.

By comparison, the Vancouver 2010 Olympic mascots scored well on snuggly furriness, and very nicely on ease of manufacture. However, the black-dot eyes of Sumi, Quatchi and Miga meant they registered no goggle points whatsoever, bringing their individual Ookpik scores down to the disappointing 37-44 range. It is, of course, difficult to maintain Oookpik-inspired discipline. Sometimes mascot designers ignore fundamentals. Dartmouth College’s Keggy the Keg, for example, has terrific eye qualities, but is unavoidably made of aluminum—a flagrant violation of fuzziness values.

At the opposite extreme, the Winnipeg Blue Bomber’s Buzz (half of the Buzz and Boomer duo) is eminently huggable, but wears flying goggles, eliminating in advance any prospect the goggle-eye qualities the Ookpik Index demands.

In all these cases, up to and including the new British fiasco, a few minutes of respectful consideration of an Ookpik would save the designers from frustration and ridicule.