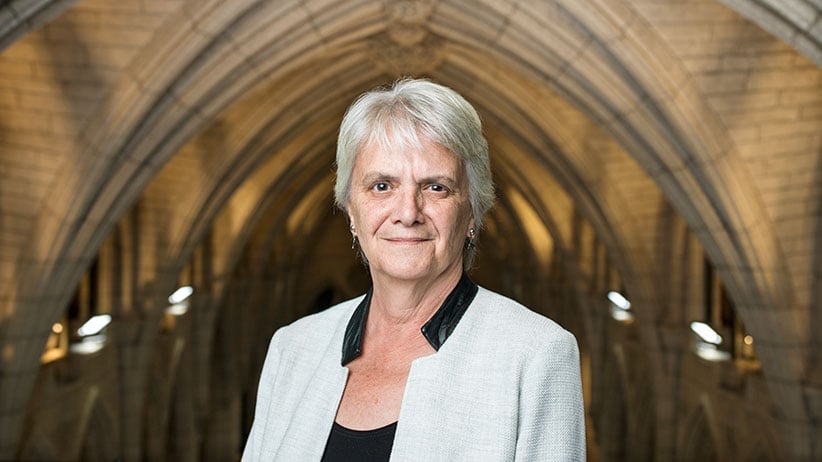 Come into the brain of Hélène Laverdière: To the right, you’ll find statistics on global tuberculosis, or data on the 0.24 per cent of Canadian gross national income as of 2015 dedicated to official development aid. In her left brain, she stores languages, including Mandarin Chinese and the rudiments of a tongue spoken with constituents from Senegal. “She broke out a few words of Wolof,” recalls executive assistant Jennifer Pedersen. “I think I have some
photographic memory,” explains Laverdière.

As the New Democratic critic for foreign affairs, Laverdière studies policy on every continent; she slurps non-fiction and pulls pranks on colleagues. She’s a mastermind representative for Montreal’s Laurier-Saint Marie—a speed-reading academic-diplomat poised at any moment to execute mischief or pipe up a clarifying FYI.

“From 6 a.m., the second she wakes up, I’m getting links from her,” says Pedersen, who might not otherwise happen upon news about Venezuela’s dictator or Article 1.4.1 of the Canada-Israel Free Trade Agreement. Her boss gets most “fiery” over the Liberals not backing efforts to ban nuclear weapons.

Laverdière worked with the foreign service in Washington, Chile and Senegal; her husband is a travel agent, and she earned her doctorate in sociology at the University of Bath. England dried out her sense of humour. Her retirement plan is to do a second Ph.D. thesis on social interaction in the British pub system—with someone to fund her fieldwork.

“She’s like the prankster of the NDP caucus,” says Pedersen. “She’ll steal someone’s BlackBerry for a few minutes and hide it in her desk. Someone will notice something missing and immediately look at Hélène. She’ll burst out laughing.”

Laverdière knows enough to care deeply about the persecution of anglophone Cameroonians. Her mind rarely slows, but her team recognizes when she needs rest because she starts speaking fluent Spanish. “I don’t speak Spanish,” Pedersen reminds her. “You’re tired. You need to go home.”

FILED UNDER: Editor's Picks Hélène Laverdière Parliamentarians of the Year 2017