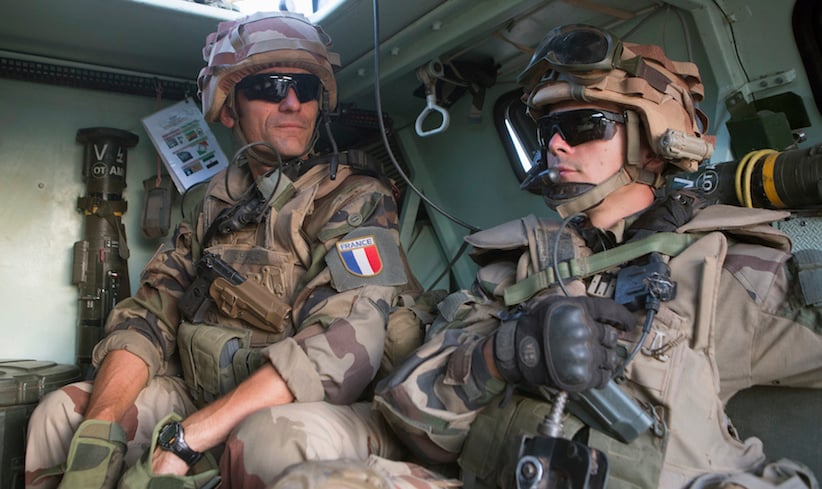 It is, to say the least, an awkward situation: Prime Minister Justin Trudeau’s new Liberal government is committed to pulling Canadian jet fighters out of combat against the so-called Islamic State in Iraq and Syria, just as the attacks on Paris have prompted French President François Hollande to urge much greater international co-operation to fight the terrorists.

But some security experts see a promising path for Trudeau to help France by redeploying some of that same air power he’s determined to pull out of the Middle East. David Perry, senior analyst at the Ottawa-based Canadian Global Affairs Institute, says the Liberals should look at contributing military aircraft to help France maintain a major counterterrorism effort in Africa. “They’ve been doing it pretty much on their own,” Perry says of the French efforts along the southern edge of the Sahara Desert. “There’s definitely a possibility, if the Canadian government was interested, of contributing some aircraft.”

The sprawling area where France is active, known as the Sahel, includes parts of Mali, Chad, Niger and Burkina Faso. Their mission is dubbed Operation Barkhane, and involves about 3,000 French troops stationed throughout the region to oppose Islamist militants, some based in southern Libya, who threaten to destabilize several countries. “It’s a huge area, and it’s 3,600 km away from France,” Perry says. “So there’s a desire among the French for help running the airlift alone, which is potentially a good fit for Canada.”

Related: Paul Wells interviews France’s ambassador to Canada on what we can do

In fact, the Department of National Defence told Maclean’s that Canada has, without any fanfare, already contributed, in a limited way, to Operation Barkhane this fall. On Sept. 28, 2015, a Canadian heavy-lift plane, called a CC-177 Globemaster, flew from France to Niger, hauling French “personnel and equipment.” Canada has offered to provide up to three more heavy-lift flights before the end of this year, according to the department.

That contribution builds on Canada’s support for France back in the first few months of 2013, after France sent troops to Mali to prevent a group linked to al-Qaeda from taking control of the country. During that French military intervention, called Operation Serval, Canadian Forces planes undertook nearly 50 flights to deliver cargo for the French.

It was the Mali intervention that evolved into Operation Barkhane, which Perry says seriously stretches French air capacity, especially since France’s military is suddenly more actively engaged, after the Paris terrorist attacks, against ISIS in Iraq. Perry notes that pulling Canada’s six CF-18 fighter jets out of combat against ISIS would free up other Canadian capacity. About 600 Canadian Air Force personnel are now stationed in Iraq, supporting not only CF-18s, but also two Aurora surveillance aircraft and a Polaris aircraft used to refuel planes in flight.

Is Trudeau contemplating a larger or longer-term commitment to Operation Barkhane? There has been no hint of that in his public statements. He has mentioned only boosting Canada’s contribution to training Iraqi forces fighting ISIS, as he withdraws the CF-18s some time before March.

Talking to reporters earlier this week on his plane, in flight from the G20 summit in Turkey to the Asia Pacific Economic Co-opeation summit in the Philippines, he offered few details, beyond promising more than the 69 Canadian military trainers now assisting Kurdish militia fighters in northern Iraq. “How many that will be? What form that will take? What kind of engagement are we going to have? Those are things we are going to work out,” Trudeau said.