Paul Wells: Two parties have managed to get at least part of their platforms costed and cleared for public release by the PBO, but not the third? 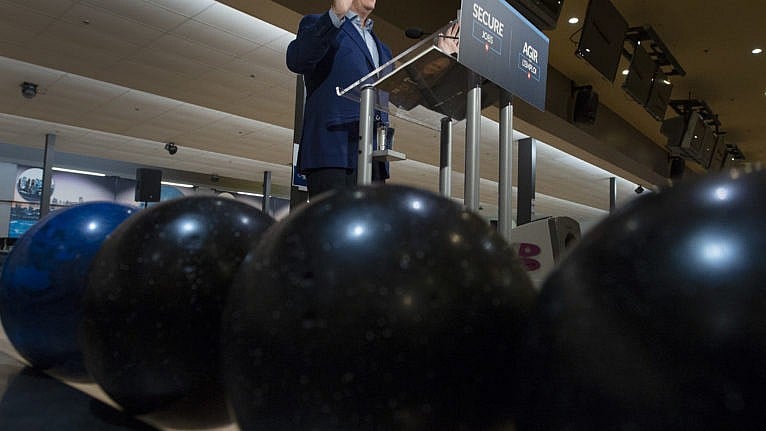 [This post has been UPDATED, since its original publication, below — pw]

Here’s something curious. I’ve asked the Conservative Party about this, but their media office isn’t even acknowledging receipt of my query, so I’ll just put the questions here.

This is the second federal election in which the non-partisan Parliamentary Budget Office (PBO) has had a role in adjudicating political parties’ claims about the costs of their big platform promises. Here’s how it works. Parties submit their platforms to the PBO, not in their entirety but in discrete chunks, and the PBO works out an estimate about how much each plank in the platform would cost. Then the PBO sends the estimates back to the parties, and when the parties give their consent, the PBO posts the cost estimates on its own website.

All of this is mightily complicated by the fact that this is a snap election, called when the Liberals felt like calling it. In a fixed election, the PBO would have up to 120 days before the beginning of the election to work on estimates, assuming parties submitted their plans long enough in advance. In this snap election, the PBO could only begin working on estimates when the campaign began, and is required to finish its work before Sept. 20. That’s five weeks instead of four months. Less than five weeks, in fact, because the PBO must send costing to the parties in time for them to clear its public release.

Here’s the page where the PBO posts its cost estimates. At this writing, mid-day on Sept. 2, it includes costing for 11 substantial Liberal promises, and one from the NDP—a big one, the party’s pharmacare proposal.

Where are the estimates for Conservative Party promises?

The Conservatives submitted their proposals to the PBO on or before Monday morning, Aug. 16—the second day of the campaign. We know this because that’s the day the Conservatives publicly released their platform, whose last page reads: “Canada’s Recovery Plan has been costed internally and is currently being reviewed by Canada’s Parliamentary Budget Office, whose costing will be included in subsequent editions.”

That was 17 days ago. Two other parties have submitted their promises to the budget office, either at the same time as the Conservatives or later, received estimates and cleared the public release of those estimates. Why haven’t the Conservatives?

The PBO wouldn’t answer my questions about the status of any party’s costing, except to remind me of the general process as I’ve described it above. They say it’s up to parties to decide when their numbers are released.

So I sent this email on Wednesday to the Conservative media office.

The Liberals authorized the PBO to release costing for several of their platform planks today. He’s had your platform in hand for at least as long as theirs. Has he costed any of your platform? If so, why isn’t that public and when will it be?

When I didn’t get an answer to that query after four hours, I sent a reminder. Now it’s a day later and I’ve heard nothing. Maybe they didn’t like my tone.
Anyway, the question stands even though it hasn’t been answered. Why have two parties managed to get at least part of their platforms costed and cleared for public release, but not the third? For that matter, since the Conservatives’ platform had already “been costed internally”—a normal process for any party, and one which requires no participation by the Parliamentary Budget Officer or anyone else—why have they still not released their own internal costing?
The campaign’s half over. Erin O’Toole may be Canada’s next prime minister. Shouldn’t he tell us what that’ll cost?
——————————————
[UPDATE, Thursday afternoon:]
Thirty minutes after this post went online, I got an email from Mathew Clancy at the Conservative Party’s campaign media office asking to chat. I gave him a call. Here’s what he told me.
(1) He’s sorry they didn’t get back to me about my emails.
(2) The Conservatives have received costing for some of the platform elements they sent to the Parliamentary Budget Office. Some but not all.
(3) When they have received costing for everything they sent to the PBO, they’ll authorize its public release, all at once. And not before. Clancy said he doesn’t want to release this stuff piecemeal. The PBO, he said, has only posted estimates pertaining to 11% of projected Liberal spending. That’s not a complete picture.
(4) So then I said, Mathew, the reason you know it’s 11% of the Liberals’ projected spending is that the Liberals have posted their own projected spending. Which any party can do. Why not do that?
(5) So then he says, parties’ own estimates invariably clash with the PBO’s estimates, and then you get into a back-and-forth, and nobody wants that. “The PBO is the gold standard.” So they’re content to authorize the PBO to post all of the PBO’s estimates, once they’re all in.
So there you have it. Of course we’ll keep you posted.