Hey look: My month at the edge of the universe

For 17 days that began in late June and ended in late July, I was at Perimeter Institute for Theoretical Physics in Waterloo, Ont.

I’ve been there before and written about it often. Usually I write about it as a philanthropic novelty (Mike Lazaridis has spent almost $200 million on Perimeter and related institutions in his adopted hometown). Sometimes I write about it as a public-policy puzzle: How do governments respond when a rich guy shows up with a project like that?

I almost never write about the physics. It’s complex. My ability to understand it is cruelly limited, and in modern newsrooms reporters and editors often tell one another readers aren’t interested in difficult topics. But over time, I’ve noticed that even attentive readers don’t really understand what goes on at Perimeter. And they wouldn’t, because nobody ever told them. And yet there’s nearly half a billion dollars, public and private, in the place, and what they’re trying to do is astonishing. This long article is my best attempt to explain it all.

I’ll have other notes from Perimeter on this blog over the next week. 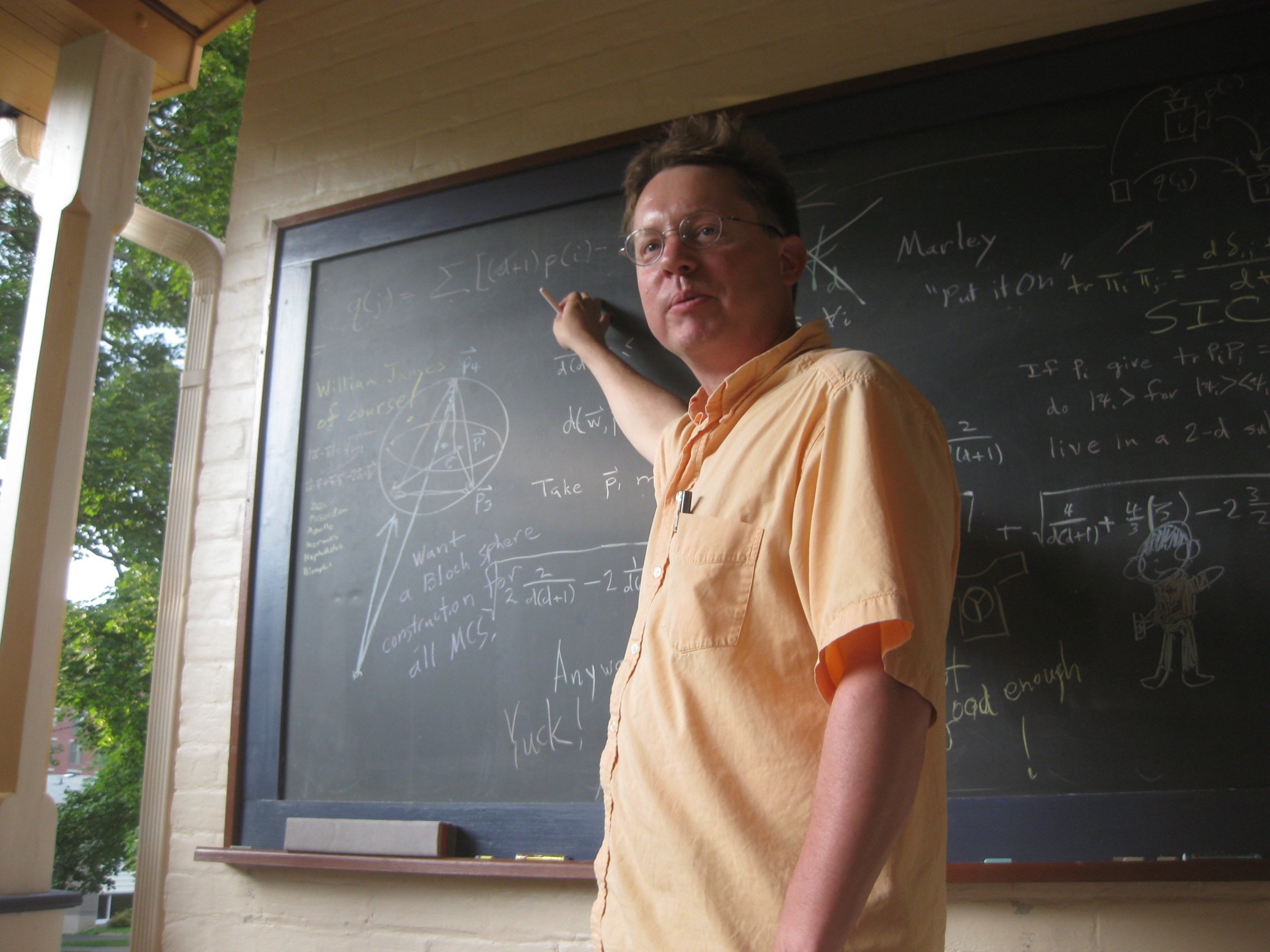 Physicist Chris Fuchs on his porch in Waterloo. He's pointing to his favourite equation.