Housing minister says Canadians to be consulted on housing strategy 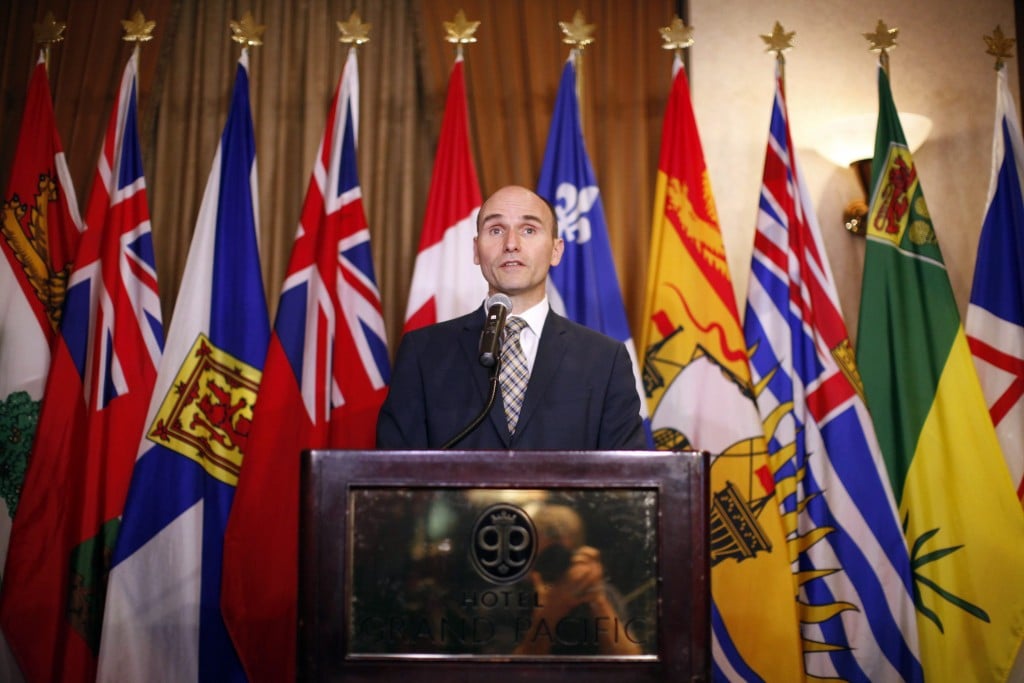 VICTORIA – Canada’s housing minister says he and his provincial and territorial counterparts are working toward the country’s first national housing strategy in four decades.

Jean-Yves Duclos said Tuesday that Canadians will have their say on a long-term strategy for the country through online consultations and other means.

Discussions involving Indigenous communities and housing experts will be convened by the Canada Mortgage and Housing Corp. in the summer and early fall, when the ministers will meet again, the group said in a joint statement.

Duclos said the ministers settled on an agenda to build a national housing strategy.

“No one government can address those housing needs alone,” he said. “Today is a demonstration that we are there to listen and address the housing needs that Canadians have frankly expressed over the last few months and last few years.”

Duclos, who is also responsible for Canada Mortgage and Housing Corp., was drowned out by chanting protesters earlier Tuesday when he invited himself to a homeless rights rally in Victoria.

About two dozen protesters demanded to know the Liberal government’s plan to build more social housing across the country.

Duclos said he wanted to hear people’s views on housing and homelessness but the crowd yelled, “Trudeau lies, people die.”

“I’m here exactly for the same reasons as you are here,” said Duclos, who appeared to be on a lunch break when he walked up to the protesters who gathered outside of a hotel where the ministers were meeting.

Ivan Drury of the Alliance Against Displacement said homelessness is at record levels across Canada and the protesters are calling on the federal government to build 77,000 units of social housing every year.

He spoke into a microphone in front of Duclos.

Duclos said the federal government is spending $2.3 billion on housing over the next two years, which includes social, transition, shelter, market and homeless housing.

He complimented the protesters for their passion and energy before walking away amid the chants.

The protest coincided with a B.C. Supreme Court hearing Tuesday to shut down a homeless camp at Victoria’s courthouse though a judge has reserved his decision.