Nov. 8: After being booted from the Conservative caucus, does a Parliamentary investigation await Tony Clement? Plus, what the provincial backlash against the carbon tax says about Trudeau's fumbling of intergovernmental relations 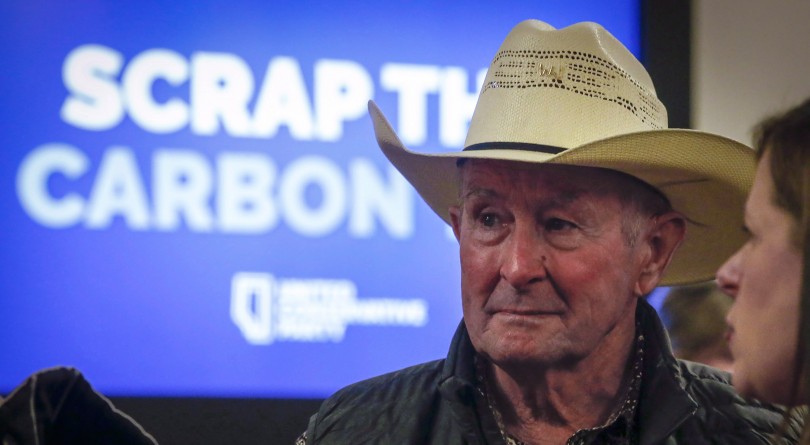 In the statement that Tony Clement released Tuesday, in which he admitted to sending sexually explicit photos of himself to a woman online, one sentence in particular seemed unwarrantedly optimistic: “I am committed to seeking the help and treatment I need in my personal life to make sure this will not happen again while also continuing to discharge my duties as a Member of Parliament.” The assertion was clear: whatever he might have done, Clement was staying put.

But after Wednesday, as women on social media shared tales of Clement’s unusual behaviour online—like a midnight message request to one woman and a comment to another fantasizing  about what he’d like to do with a bottle of Purell—Clement’s future political career looks more uncertain than ever. Conservative Leader Andrew Scheer, who initially “took him at his word that this was an isolated incident,” punted the long-time Tory MP from the Conservative caucus. “New information became available today that suggest there are allegations that this is not an isolated incident and therefore I’ve asked Tony to resign from caucus and he has done so.” Scheer said a Parliamentary investigation into Clement’s behaviour is not out of the question. (Globe and Mail, Canadian Press)

How the carbon-tax tide turned: Powerful conservative leaders from across the country are suddenly united against Justin Trudeau’s carbon tax plan, writes Paul Wells. And they’re spoiling for a fight. (Maclean’s)

Wells goes inside the making of the anti-carbon tax coalition, which has ridden a wave of momentum this year:

It can seem that opinions on the choice of a carbon tax are so deeply entrenched that there’s no point in even debating: the Liberals are for a carbon tax, and if you agree, so do most of your friends and everyone you read on Twitter, so surely only a few Conservative diehards and some reprobate Sun newspaper columnists are holding out. But in fact the momentum lately has been going the other way.

There used to be Conservatives who favoured putting a price on carbon. They have lost in a rout. Harper campaigned in 2008 on a promise to implement a cap-and-trade regime that would have been functionally equivalent to a carbon tax in that it put a price on carbon emissions. The internal party campaign to select his successor as Conservative leader featured a serious candidate, Michael Chong, who wanted a carbon tax. The largest provincial conservative party in the country, Ontario’s, wanted a carbon tax until it didn’t. And Brian Pallister, Manitoba’s Progressive Conservative premier, planned to implement a carbon tax until Trudeau stood next to him in Winnipeg and congratulated him for being so enlightened, at which point Pallister promptly yanked any hint of a carbon tax from his climate plan. Add this to the list of incidents that suggest that on intergovernmental relations, the Prime Minister is developing a reverse Midas touch: everything he touches turns to lead.

After Tuesday’s midterm elections, which delivered the U.S. House to the Democrats, President Donald Trump is facing something he has avoided much of his life: accountability. It’s just the beginning of a slowly rising blue tide in America, writes Scott Gilmore:

The Republican Party is the walking corpse of a white, male America. The election last night reaffirmed that while the GOP has succeeded in its strategy to mine a deep vein of fear—fear that women are becoming bosses, that racial hierarchies are falling apart, fear of immigrant children, of gay teens, of unmarried mothers, fear of brown skin, of Jews, of Muslims, of the United Nations, even the fear of windmills—this strategy has left the party with a passionate but shrinking base. They may have all the less-educated white men, but they have now left the Democrats with literally everyone else. (Maclean’s)

A day of firsts: A record number of women were elected to Congress in a series of historic wins:

Those were only a few of the 42 women of colour whose wins will literally change the face of Washington. (Maclean’s)

How do you get Trump’s attention? Deny him the glory he feels he so richly deserves. That appears to be the latest approach by the Trudeau government to bring about an end to America’s steel tariffs. Canada’s ambassador to Washington, David MacNaughton, said Trudeau won’t attend a U.S.-Canada-Mexico signing ceremony for the new USMCA trade agreement unless the duties are scrapped. Instead a lower-level official might attend the ceremony, set for later this month, to stand beside Trump. (CBC News)

In the years leading up to the war, Hitler tested the world’s resolve. He noted carefully as country after country proved itself indifferent to the plight of Jewish refugees. He watched on as we refused their visas, ignored their letters, and denied them entry. With every decree, he challenged the political courage of our leaders and the empathy of those who elected them. With every pogrom, he tested the bounds of our humanity and the limits of our solidarity. Mr. Speaker – Adolf Hitler’s test was one the Canadian government failed miserably.
. . .
Today, I rise in this House to issue a long overdue apology to the Jewish refugees Canada turned away. We apologize to the 907 German Jews aboard the MS St. Louis, as well as their families. We also apologize to others who paid the price of our inaction, whom we doomed to the ultimate horror of the death camps. We used our laws to mask our anti‑Semitism, our antipathy, and our resentment. We are sorry for the callousness of Canada’s response. And we are sorry for not apologizing sooner. (pm.gc.ca)