How a new Tory leader can beat Justin Trudeau

It won't be easy, but the Liberals are vulnerable on key fronts and the path is clear for whoever wins the leadership race 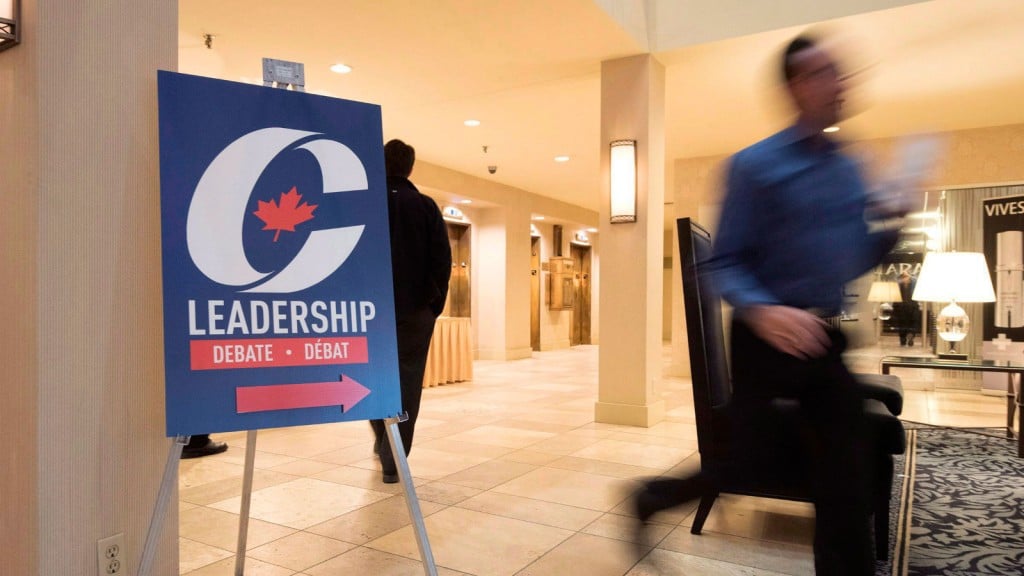 The memberships have been sold, the ballots are about to be mailed out, and the Conservative faithful are only weeks away from knowing their new leader.

If polling is to be believed, it’s a two-man race between political neophyte Kevin O’Leary and Maxime Bernier, a former cabinet minister. Depending on how the preferred ballots fall, there is a chance a consensus candidate like Andrew Scheer or Erin O’Toole could overtake the leaders in later rounds.

For some, these choices are all they need to argue for a fresh start and a “new” Conservative party. For others, starting a new party would succeed only in keeping Justin Trudeau in power in perpetuity.

Here’s the thing: Justin Trudeau ain’t all that, and risking a return to the sad days of the Progressive Conservative/Reform split is the surest route to inflicting further Liberal mediocrity on the country. That’s why the party needs a new leader. Full stop.

What does the party need from that leader?

For me, the new Conservative leader needs to do three things: 1) keep the existing coalition of fiscal and social conservatives together; 2) provide an effective opposition to Justin Trudeau; 3) excite more people about conservatism and the Conservative Party of Canada.

All three are big jobs and all must be done if the party is to return to power. The key will be doing the first two in such a way that prompts—not kills—the third.

The way the leadership race unspooled only highlights the immense challenge ahead. Every time a Pierre Lemieux or Brad Trost revisits old battles like abortion or gay marriage they open a wound they can’t heal with new legislation. Every time a Kevin O’Leary is blasé about the same issues, he raises the hackles of the “base”.

How did Stephen Harper get around this problem? By being ruthless and/or focusing attention elsewhere.

First, the ruthless. After holding a promise-keeping vote in a minority Parliament, where he knew it would lose, Harper buried the issue of gay marriage. He also did everything he could to keep abortion stuffed in Pandora’s box. Just ask Stephen Woodworth and Mark Warawa, whose abortion motions were snuffed under pressure from the Harper PMO.

RELATED: How are gay rights and climate action not conservative values?

Then, Harper focused on what he could do: put money straight into the hands of parents—and not the bureaucracy—for childcare; dismantle the ineffective gun registry; and crack down on crime by pledging stiff sentences for a range of offences. These moves, while not explicitly socially conservative, played well with this important constituency. He also said “God bless Canada” after his speeches, which did the same.

With those things done, however, there now needs to be something else shown to the base when their votes need to be counted. Sadly, this has produced frequent fear-mongering about Muslims and refugees (step forward, Kellie Leitch!). It’s the same impulse that leads to gratuitous attacks on the press. The success of The Rebel highlights the sizeable market for this message.

Justin Trudeau and his advisors know this, which is why they’ll try to push motions like M-103 on “Islamophobia” to see how much hell they can raise with the Tories’ right flank. Conservatives need to avoid this bait and focus on holding the government properly to account.

Sounds straightforward, right? But it might take some creative thinking. Question Period is the natural forum for this task but Trudeau is seeking to limit his already infrequent appearances in the House down to one, which means the new leader will have to be adept with the press and his or her own channels to get their message out.

READ MORE: Conservative leadership race: The beginning of the end—but for whom?

Fortunately, there’s a lot of material with which a Conservative can work, material that should please all conservative constituencies.

Canada’s fiscal picture isn’t pretty, even if growth at the start of this year was surprisingly strong. The Trudeau government is also stringing together an impressive list of broken promises on deficits, electoral reform, access to information and veterans’ pensions. The government’s foreign policy is an inconsistent tangle of bromides and kissyface with ugly regimes like China’s. Attacks can, and should, be made on this record.

But—and this is important—they mustn’t be made in anger. There is no surer route to failing the third task in the new leader’s checklist than being an angry ogre about it all.

Conservatism wins when it is upbeat and optimistic about people and the country. It wins when it is committed to the effective and accountable working of government in service of its citizens, while keeping government out of areas where the market would be better positioned to deliver a good outcome (ahem, climate change).

Yes, Donald Trump won by speaking in angry tones about those “left behind”, but their anger isn’t anything like it will be when they realize they’ve elected an incompetent with no knowledge of government who will be abused by insiders and succeed only in making their problems worse.

Is there a leadership candidate that can accomplish all three of the tasks identified? At this point, the list feels more like a tool for ruling most of them out.

Nevertheless, Conservatives should spend the last few weeks of the race pressing their preferred choice on how they would go about the job ahead. Justin Trudeau’s future depends on it.