What's the best way to cut the tax burden for families in the middle? 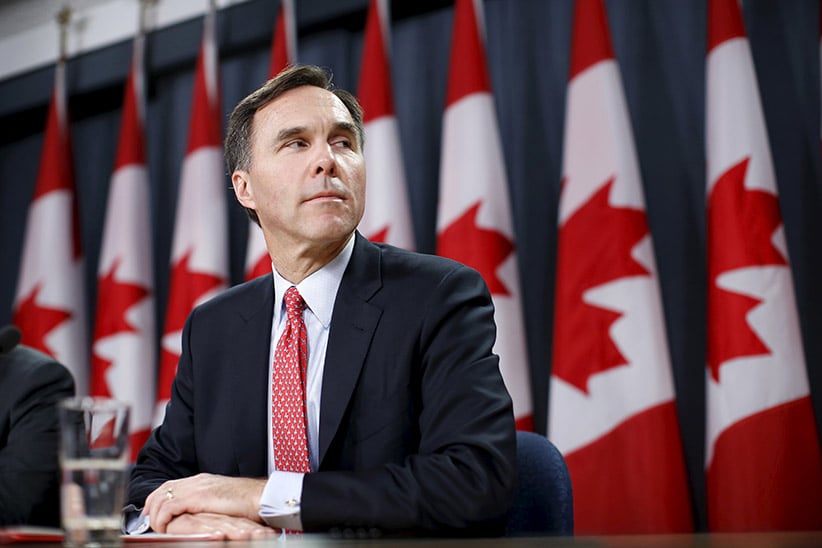 Canada’s Finance Minister Bill Morneau at a news conference in Ottawa, Canada, December 7, 2015. The new Canadian government’s planned tax hike on the rich will bring in less money than forecast. A government document said the tax hike would bring in C$2.01 billion ($1.49 billion), while the cost of the tax cut would be C$3.44 billion ($2.55 billion). (Chris Wattie/Reuters)

Attention to the tax changes introduced this week by Finance Minister Bill Morneau has focused on his admission that they will cost $1.2 billion, rather than being revenue-neutral, as the Liberals had promised during the election campaign.

But there hasn’t been as much attention to Morneau’s reduction of the rate in the second tax bracket—income from about $45,000 to $90,00—from 22 per cent to 20.5 per cent. An exception is the detailed analysis done by David Macdonald, senior economist the Canadian Centre for Policy Alternatives, who here looks at three other ways the Liberal might have cut taxes.

Macdonald shows that had the government trimmed the first tax bracket—the rate on income up to about $45,000—from 15 per cent to 14.5 per cent, the tax savings for families in the middle of the income spectrum would, on average, have been bigger. He used the Statistics Canada’s reliable software, the Social Policy Simulation Database and Model, to test how the changes would affect families with different incomes.

We’ve created our own chart based on Macdonald’s work to compare how the tax savings from the Liberals’  cut to the second tax braket compare with what might have happened, had they opted to cut the first tax bracket: