How Indigenous stories are taking centre stage in Ottawa 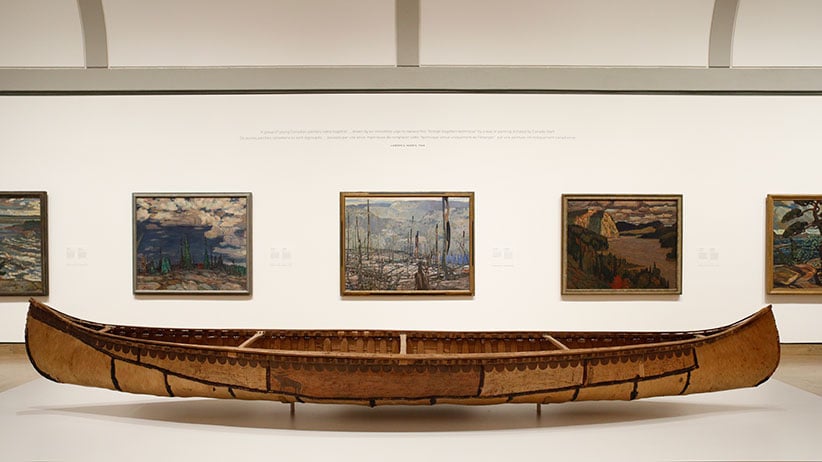 As the annual tourist hordes fan out from Parliament Hill this summer to take in Ottawa’s other prime sights, they might understandably assume that a carefully coordinated strategy must be behind the capital’s new offerings. Everywhere they turn, visitors will see the splashy results of tens of millions in government investments at all of the big federal cultural showcases—and Indigenous creativity is the shared theme.

On July 1, the Canadian Museum of History, just across the Ottawa River from Parliament in Gatineau, Que., opens its sprawling new Canadian History Hall, a $30-million project, which highlights Indigenous artifacts and perspectives in fresh ways. At the National Gallery of Canada, the overhauled and expanded Canadian and Indigenous Galleries, a $7.4-million project, opened in mid-June, giving pride of place as never before to First Nations, Métis and Inuit art.

At the National Arts Centre, which is undergoing a $110-million architectural renovation and expansion, a new Indigenous theatre department is being launched next year. Meanwhile, the NAC’s multi-disciplinary “Canada Scene” summer festival features about 1,000 artists, the likes of Inuit singer Tanya Tagaq, a suite of short films by Indigenous directors, and the stage drama Making of Treaty 7 about First Nations history in Alberta. The Canadian Museum of Nature recently opened its Canada Goose Arctic Gallery, where Inuit understanding is woven together as never before with the museum’s traditional science-based way of looking at nature.

Yet the leaders of the institutions say they never discussed harmonizing their efforts. Nor were they responding to any edicts, or subtler prodding, from Justin Trudeau’s government. In fact, work toward the changes only now being seen by the public started well before the Liberals won the 2015 election. “I am gobsmacked at how this is happening throughout the city,” says Marc Mayer, director of the National Gallery. “I’ve been here for eight years, and I don’t ever recall seeing a memo saying, ‘Let’s do a big push for the integration of Indigenous people’.”

Mayer says something in the air over the past few years—powerfully influenced by the Truth and Reconciliation Commission into the tragedy of First Nations children forced into residential schools—pushed arts and culture administrators decisively in the same direction. “It just became a moment in time,” agrees Peter Herrndorf, the NAC’s veteran president and CEO. “Most of my Indigenous friends would say, ‘It took you long enough’.”

Visitors to the National Gallery can’t miss the new juxtapositions. In front of a wall of Group of Seven canvasses sits an Algonquin birchbark canoe. A classic Emily Carr painting of a West Coast First Nations village hangs next to Marven Tallio’s 1966 “Transformation Mask,” a modern work steeped in the tradition that so fascinated Carr. 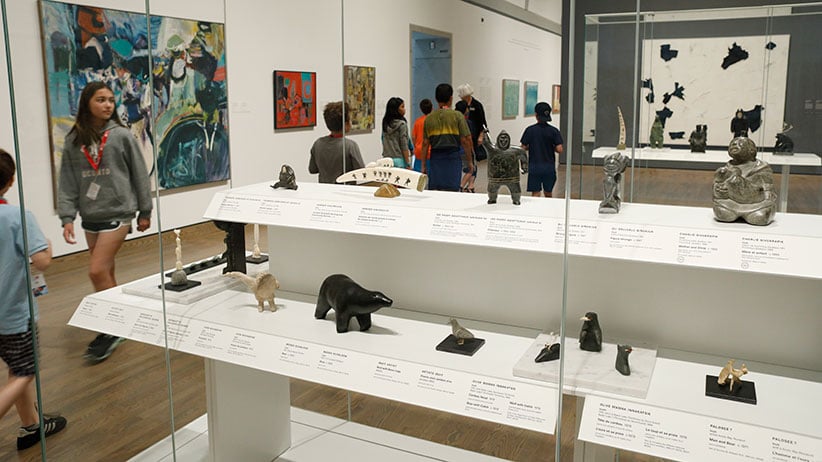 Inuit sculpture from the 1950s shares a room with abstract paintings from the same era, including Jean Paul Riopelle’s massive “Pavane.” Mayer says that’s not arbitrary, noting that the same collectors who bought abstracts from Montréal’s fashionable galleries in the ‘50s were also snapping up the decade’s new Inuit works.

It’s not fair to the artists, he argues, to try to use their work to make a political point. Still, Mayer says incorporating much more Indigenous art into the permanent displays makes the gallery a better place to ask: “What is Canada?” The Canadian Museum of History’s bid to explore the same question now takes in 4,000 square metres, stuffed with about 1,500 artifacts, spanning nearly 15,000 years, in a winding walk through the country’s past.

The previous history hall, which was at the museum’s core from its opening in 1989, was heavily influenced by Disney World’s EPCOT Center, then a cutting-edge model. It leaned heavily on mock-up scenes from everyday life in past eras and replicas of objects. The new hall focuses more on specific historical episodes and key individuals, and puts far more emphasis on prized artifacts. These range from the sobering — like the handcuffs that Métis leader Louis Riel wore to be hanged in Regina in 1885 —to the celebratory, like the Nobel Peace Prize awarded to Lester Pearson in 1957.

Among the most splendid treasures on display are the “Four Indian Kings,” portraits of three Mohawk leaders and one Mohican, who travelled to London in 1710 seeking British military support against the French and their First Nations allies. The diplomatic mission made a deep impression in the court of Queen Anne, who had the skilled Dutch portraitist John Verelst paint each of them in a manner typically reserved at the time for royalty—full-length and exuding authority. 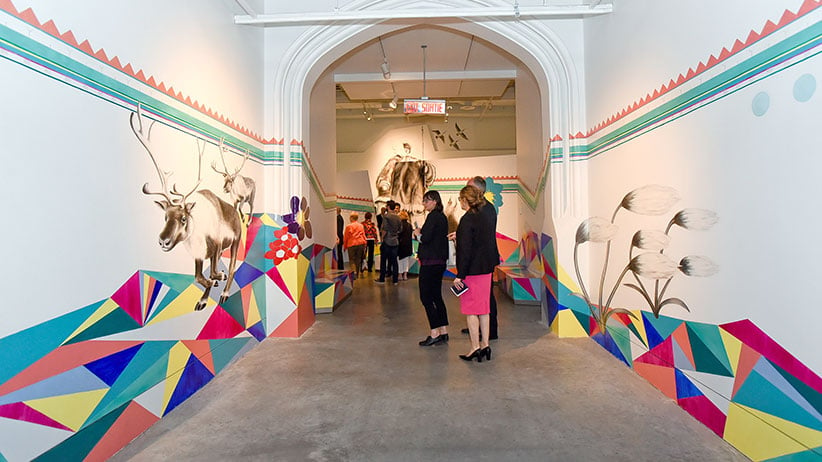 Ilurqusivut (Our ways): The large deconstructed mural in the Canada Goose Arctic Gallery created by Nancy Saunders, an Inuk artist from Kuujjuaq, Quebec. Her design was selected following a juried competition of submissions by Inuit artists. (Cynthia Munster/Canadian Museum of Nature)

Of course, First Nations were not often accorded that level of respect by the Europeans who took over the territory that became Canada. Other sections of the hall deal with violent conquest, imported disease, imposed authority. “You have to tell the full truth about the history,” says Mark O’Neill, the museum’s president and CEO, “and be courageous in the telling.”

Sometimes today’s controversies come into focus. At the Museum of Nature, presenting the Inuit perspective means not just exploring traditional ways, but also displaying an Inuit-designed T-shirt emblazoned with “Seal is the new black”—a slogan expressing annoyance up North with anti-seal hunt activists down South.

One of the challenges facing all three federal institutions is how to reflect on an often troubling past—and present—without just lecturing visitors. The content can often be undeniably heavy. For instance, the NAC recently offered, on the same night, the tragic opera Louis Riel on one stage, and a musical about the residential schools disaster called Children of God on another.

According to Herrndorf, Canadians were preoccupied with reconciling two “founding cultures”—English and French—when the NAC opened back in 1969. “And now, happily,” he says, “we’re preoccupied with three, and a country that’s much more interesting, much more pluralistic.” Bringing Indigenous artists into the picture can strike an emotional chord: Herrndorf says many in attendance wept when he announced recently that the NAC was appointing Kevin Loring, a playwright and actor from British Columbia’s Lytton First Nation, as first artistic director of its groundbreaking Indigenous theatre department.

Loring, who acted in Children of God, says non-Indigenous audiences to that NAC show proved they were ready to take in even the most unhappy stories. “It’s a really key moment in our history,” he says of NAC’s commitment, starting next year, to mount several plays a season by Indigenous writers and directors. “My job is to help us shine in the spotlight a bit on our national stage.”

In Ottawa, at least, those who control the stage are making more room than ever for Indigenous stories and images. The question now is how Canadians, including many on summer-vacation pilgrimage to the centre of their democracy, will respond.