How often should Prime Minister Trudeau be at QP? 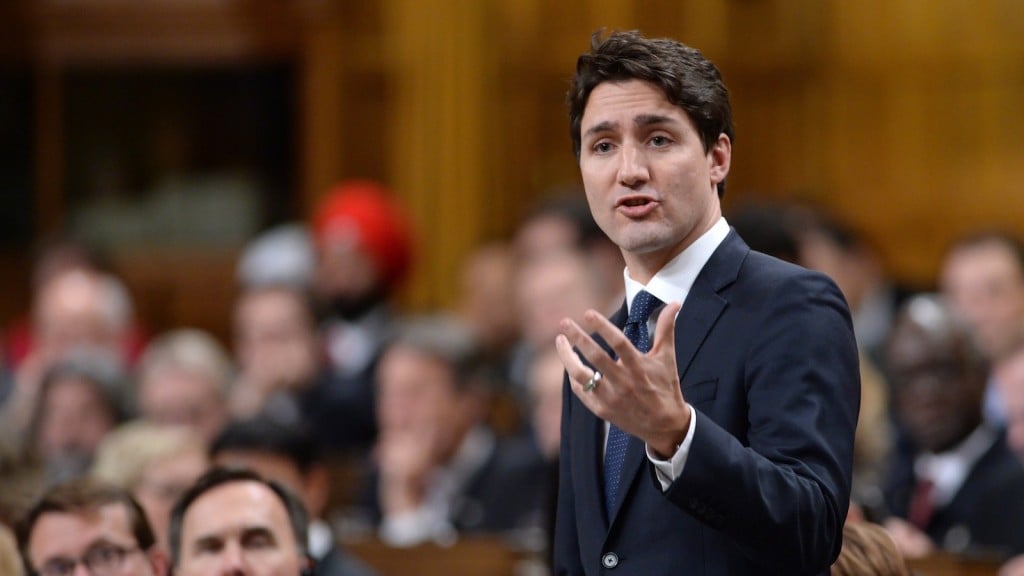 The Liberals used the occasion of the first question period of the new Parliament yesterday to reaffirm that they are, in fact, committed to significantly reforming the daily airing of grievances.

“I have asked the government House leader to work with other parliamentarians to reform question period so that all ministers, including the Prime Minister, can be held to greater account,” Justin Trudeau told the House after being lobbed a query by Liberal backbencher Larry Bagnell. “The House leader has already initiated discussions with other parliamentarians in the opposition, and I look forward to participating in Prime Minister’s question period some time in the future.”

The NDP, it would seem, is less keen.

In delivering his formal response to the Throne Speech at midday yesterday, Tom Mulcair had aimed a pair of pointed sentences at the idea of attendance. “In his last full year in the House, the outgoing prime minister only attended one-third of question periods,” the NDP leader said. “The best way to show respect for this institution is to show up in Parliament regularly and be answerable to Canadians.”

After QP, Mulcair was asked specifically about the Liberal proposal. “Having the Prime Minister show up less often to question period isn’t more accountability,” he said. “It’s less accountability.”

For good measure, the NDP leader added this bit of wordplay: “It’s interesting to hear them call it Prime Minister’s question period. It’s Canadians’ question period and Canadians are the ones who deserve answers.”

Probably no one could disagree that Canadians deserve answers. The argument here is how best to go about pursuing that.

Though the Liberal proposal has not yet, to my knowledge, been comprehensively detailed, the reference to a “Prime Minister’s question period” suggests something like the British approach, whereby the prime minister appears in the House every Wednesday to take questions from MPs, both opposition leaders and backbenchers. Here, for instance, is PMQs from two weeks ago.

In our current situation, the prime minister might typically be expected to appear three times per week for question period, but generally only responding to questions from other party leaders.

So we have ourselves a bit of an accountability-measuring contest.

The daily question period is an essentially wonderful thing. Each afternoon, the government of the day must face the criticism and scrutiny of its nearest rivals in an open and only barely restrained public forum. But it is also a rather inefficient use of everyone’s time and energy.

Between 2 p.m. and 3 p.m. each day, some 300 MPs or so might be expected to attend—each party apparently wanting to show strength in numbers. But only 50 or so will be active participants, those who actually ask questions or respond. And while most of cabinet might be present—and will have to show up ready to respond—maybe just half will be asked even one question (yesterday’s QP included responses from 14 ministers). Most ministers seem to thus spend at least some time each day preparing for QP. There’s something to be said for all of cabinet being subject to such expectations, but it also might be a waste of effort.

The Liberals could pursue a proposal that’s already been tabled. Five years ago, Conservative MP Michael Chong proposed moving to a scheduled rotation, whereby ministers would be expected to be in the House for QP twice per week, with a day set aside for the prime minister. That might be a better use of everyone’s time. And, in the case of the prime minister, it might actually have him facing more questions each week than he does now; if he shows up three times per week, he might respond to 27 questions, under current time limits, whereas a single session of QP might include 40 questions.

It might also be useful to have ministers standing on their own every other day of the week. Though it might often seem otherwise, ours is not a presidential system and, in the wake of the Harper era, Trudeau has talked regularly of re-emphasizing the cabinet, ministers presumably existing as something other than mere placeholders.

There is one obvious drawback: on days when a significant issue or controversy has emerged, but a minister is not scheduled to be at QP, said minister might be available to avoid being immediately harangued.

But there is a relatively easy way to address this, borrowing again from the Brits. The mother Parliament allows for something called an “urgent question,” whereby the Speaker can summon a minister to the chamber at the request of any MP. Within the day, a minister can be made to appear before MPs to account for whatever issue has arisen. Speaker John Bercow, who has revived the practice in the U.K. parliament, has called it the single-biggest change of his tenure. Writing some similar mechanism into the standing orders here—allowing for even the prime minister to be summoned—alongside a new rotational format, would presumably preserve the timeliness the current QP offers while also relieving slightly the unnecessary and ineffective situation of the present.