The interim Conservative leader would have been an obvious choice to contest the formal leadership, and her work so far has some wondering aloud if she could stick around 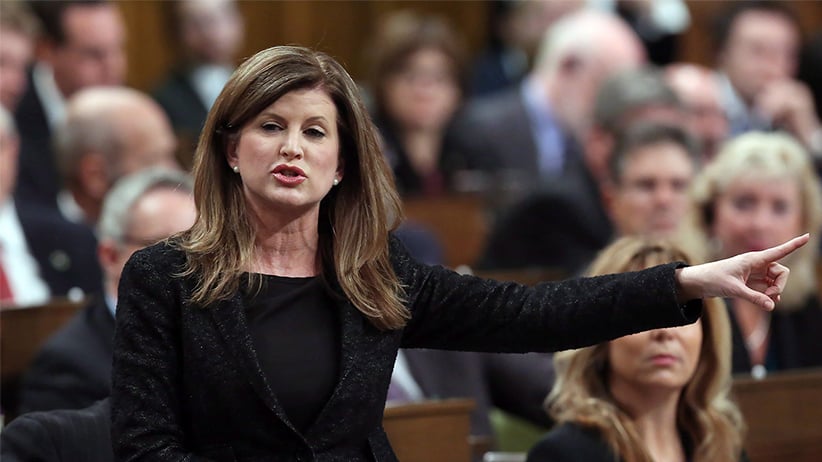 If the Conservatives wanted to pick an interim leader to act as a foil to Justin Trudeau, Rona Ambrose was a solid choice. Dynamic, bilingual and young, Ambrose is leading a caucus that’s decidedly less nasty than the last iteration of her party. She’s matching Trudeau’s “sunny ways” governance with a more thoughtful approach, and, at 46 years old, she is every bit as able to embrace the concept of change as the 44-year-old Prime Minister.

So far, the reviews are good. But Ambrose’s (still early) success could become a problem for the next Conservative leader, who will undoubtedly be measured against her. Parties tend toward steady hands and reliable background players to maintain course between bosses, avoiding flashier types who could set major policies that would just end up being changed under the longer-term leader. They also lean away from anyone who might be tempted to seek the more permanent, less interim leadership, wanting to avoid tilting the scales in any one candidate’s favour. Basically, they want somebody boring and at the tail end of their career, rather than on the ascent.

That usually means they end up with someone like former union leader Nycole Turmel, who filled in after NDP leader Jack Layton died, or John Reynolds, the whip who took over as interim leader of the Canadian Alliance for three months before Stephen Harper became leader and merged it with the Progressive Conservatives. Even the Conservative party’s last interim head—pre-Stephen Harper—was then-senator John Lynch-Staunton, an experienced parliamentarian who looked exactly how you might picture a long-time PC politician.

Related: Rona Ambrose and how she plans to build bridges in 2016

Those leaders all stepped in as short-term placeholders, but with Ambrose likely having to hold the party together into 2017, it makes sense to pick someone who can keep the Conservatives in the news as a strong critic of the government (rather than, say, due to embarrassing missteps). A long-term interim leader also has to maintain the party’s ability to fundraise so the next leader can rebuild without having to start by laying the foundation. The fun part is that Ambrose gets to be the one to experiment with loosening the restrictions around caucus, which still includes Harper, giving MPs their first taste of life as independent thinkers in almost 10 years.

Bob Rae took on a similar task for the Liberals in 2011, ably running the party until Trudeau was chosen as leader two years later. It led many to question whether he was auditioning for the permanent role, no matter how many times he said he wasn’t. He never did change his mind.

Just like with Rae, Ambrose’s obvious leadership capabilities have led a handful of people in the party to wonder aloud whether there’s a way she could stick around. Under Conservative party rules, an interim leader is very clearly blocked from running for the party’s leadership, meaning it would take a change to the party’s constitution to put her in the race. A constitutional change is no easy matter: it takes a motion by either the national council or four riding associations from two provinces. That motion then has to pass the closed-door plenary session and, if the motion gets through the plenary, go on to the convention floor. Whether it sees the light of day at the convention depends on its place in the order of resolutions, which is determined ahead of the convention by the national policy committee. In short: it’s possible, but a lot of moving parts would have to click into place to let it happen.

Ambrose says the party leadership isn’t an option for her, telling Maclean’s last month that she’s better as a bridge-builder. “I’m looking forward to helping rebuild the party. I’m willing to do that hard work that it’s going to take. But part of my job is getting this party ready for the new leader, and that is a big job that I take very seriously. I want to be able to hand over the key and say, ‘It’s in good shape, take it from here.'”

We don’t yet know who’s going to run to succeed Ambrose in the chair two sword-lengths away from Trudeau. Whoever decides to try will be measured as much against her as against the other contenders.