How Saudi Arabia bought and paid for Western compliance

Oct. 26: Will Trudeau ban weapons export to Saudi Arabia? And is the WTO saved yet? 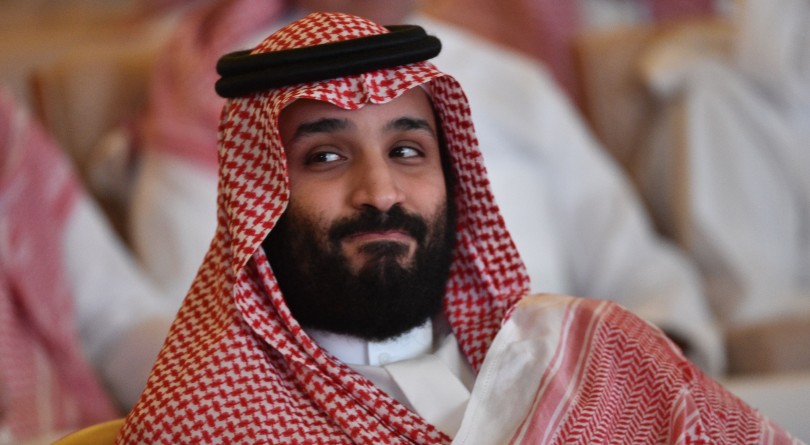 Since Saudi Arabia finally admitted that journalist Jamal Khashoggi was killed in a fist fight with 15 men in a premeditated murder at its consulate in Turkey, only German Chancellor Angela Merkel has taken the step of banning weapons exports to the kingdom.

Prime Minister Justin Trudeau has inched closer to that course of action each day this week, but continues to warn that doing so would mean the cancellation of a $15 billion armoured vehicle contract and leave Canada on the hook for penalties “in the billions of dollars.” Note: that’s an increase from the “billion-dollar bill” Trudeau said Canada faced earlier this week if it blocked the contract. (Canadian Press)

Canada has at its disposal an ideal mechanism to address abuses by the Saudi regime, the Magnitsky act, other wise known as the Justice for Victims of Corrupt Foreign Officials Act. The law, which has been in place for a year, allows Canada to target foreign human-rights abusers with asset freezes and travel bans. Yet Ottawa has failed to take advantage of these powers:

What is clear is that Magnitsky sanctions do cause corrupt foreign officials to reconsider the consequences of their actions. There is hard evidence that they do own assets in Canada and that they frequently travel to this country, even if the negative stigma of being publicly identified of engaging in corruption and abusing human rights is insufficient to change their behaviour.

However, since Canada placed its initial names to the Canadian Magnitsky list a few weeks after adopting the legislation—which included Venezuelan, South Sudanese, and Russian officials—only one name, Myanmar’s Maj.-Gen. Maung Maung Soe, has been added since. It is clear that despite dedicating $22.2 million over five years to strengthening Canada’s sanctions regime, implementation of the law—which includes monitoring and enforcement—is falling behind. (Maclean’s)

Saudi Arabia has spent decades exchanging its enormous wealth for soft power influence in the world, in the form of military purchases from abroad, overseas investments and billions spent in technology, arts, culture and academia, writes Jen Gerson. In turn the world watched with initial hope as crown prince Mohammed bin Salman set out on a path of reform. Now, in the wake of Saudi atrocities in Yemen, crackdowns on dissent and the murder of Washington Post contributor Khashoggi, we shall see to what extent Saudi Arabia has purchased the world’s compliance. (Maclean’s)

#Regret: How many civil servants does it take to write and edit a tweet that monumentally embarrasses the government? More than a dozen, it turns out. (CBC News)

If Trade Minister Jim Carr is to be believed, trade representatives from “like-minded” WTO countries who gathered in Ottawa for a meeting to save the trade pact from the likes of U.S. President Donald Trump, shared no ill thoughts towards his administration—even though the Americans (and Chinese) were explicitly not invited.  According to Bloomberg, Carr said “Not one member for one minute” blamed Trump or the U.S. for the WTO’s current woes. “This was a positive discussion about where we ought to go from here. There was no blaming, there was no shaming, it was all forward-looking to find points of consensus upon which we can build.” (Bloomberg)

The 12 member countries that took part offered few specifics about how they intend to reform the WTO, but they did agree to meet again in January. (Reuters)

Mark your calendars: Finance Minister Bill Morneau will use the release of Fall Economic Update on Nov. 21 to lay out Ottawa’s plan to improve the competitive landscape for Canadian businesses in the face of Trump’s pro-business agenda. Don’t expect sweeping corporate tax cuts. Instead Morneau is said to favour targeted measures for specific industries. (Canadian Press)