How the 2017 Conservative leadership vote will work

As the Conservative party members gather in Toronto to choose their new leader, here's a look at how the party's leadership process works 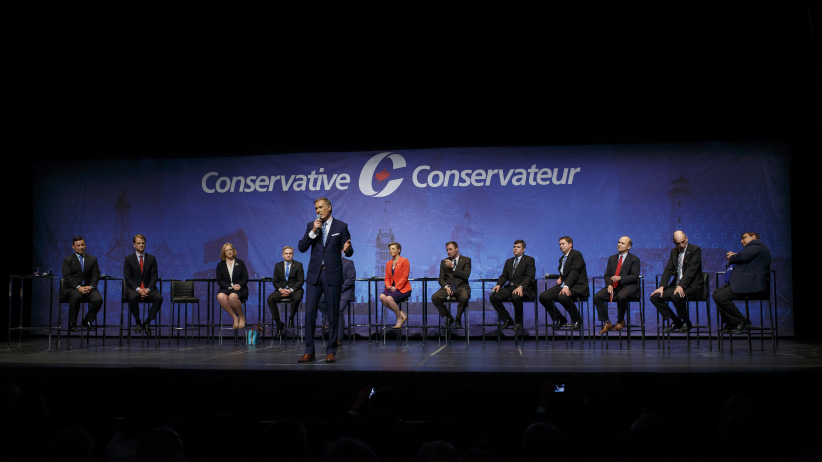 As the Conservative party members gather in Toronto to choose their new leader, here’s a look at how the party’s leadership process works:

Only card carrying members of the Conservative Party are eligible to vote for the new leader. In order to vote, members must have joined the party before March 28.

The party uses a preferential ballot, which asks voters to rank their preferred candidates from one to 10—even though there are 13 candidates in the running.

Members can cast their votes by sending their ballots by mail before May 26 or at a polling stations across the country on May 27, the final day of the convention.

Candidates gets points based on the proportion of votes she/he wins per riding, with each riding worth a total of 100 points. The new leader is the first candidate to get 51 per cent of the points.

This system gives each riding equal weight, regardless of how many voters it has. Two votes in a Prince Edward Island riding, for example, could be worth the same amount of points as 1,000 votes in an Alberta one. 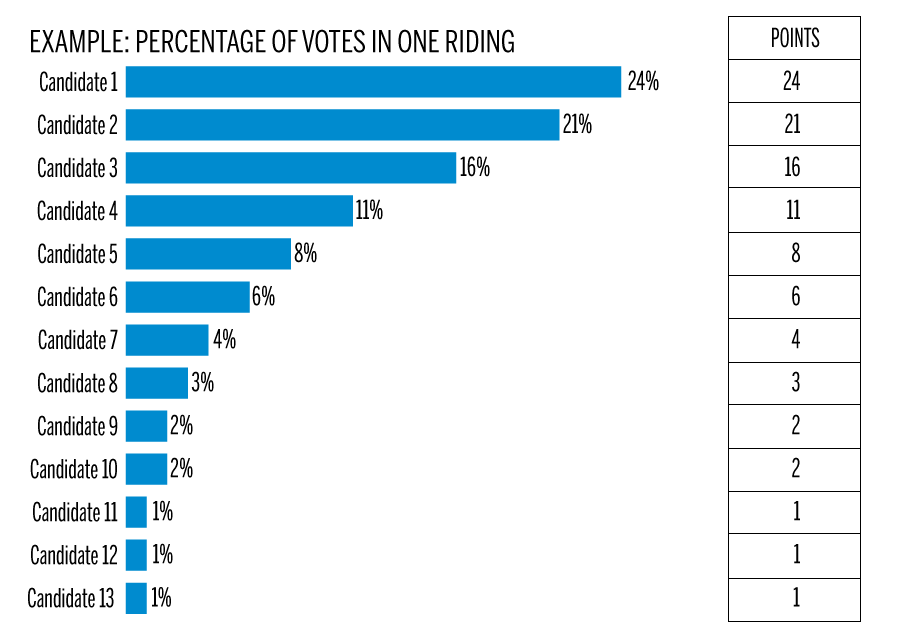 With 338 ridings in play, that means a candidate needs at least 16,901 points to be crowned the new Conservative leader. With 13 candidates and no clear frontrunner, however, it’s unlikely the first round will produce a winner.

If no candidate gets more than 50 per cent of the possible points, the system moves to the next round.

If there’s no winner at the end of the first round, the candidate with the least amount of votes is dropped from the race and her/his points are redistributed to whoever their supporters ranked second. This pattern will continue until one candidate gets 51 per cent of the points and becomes the new Conservative leader. 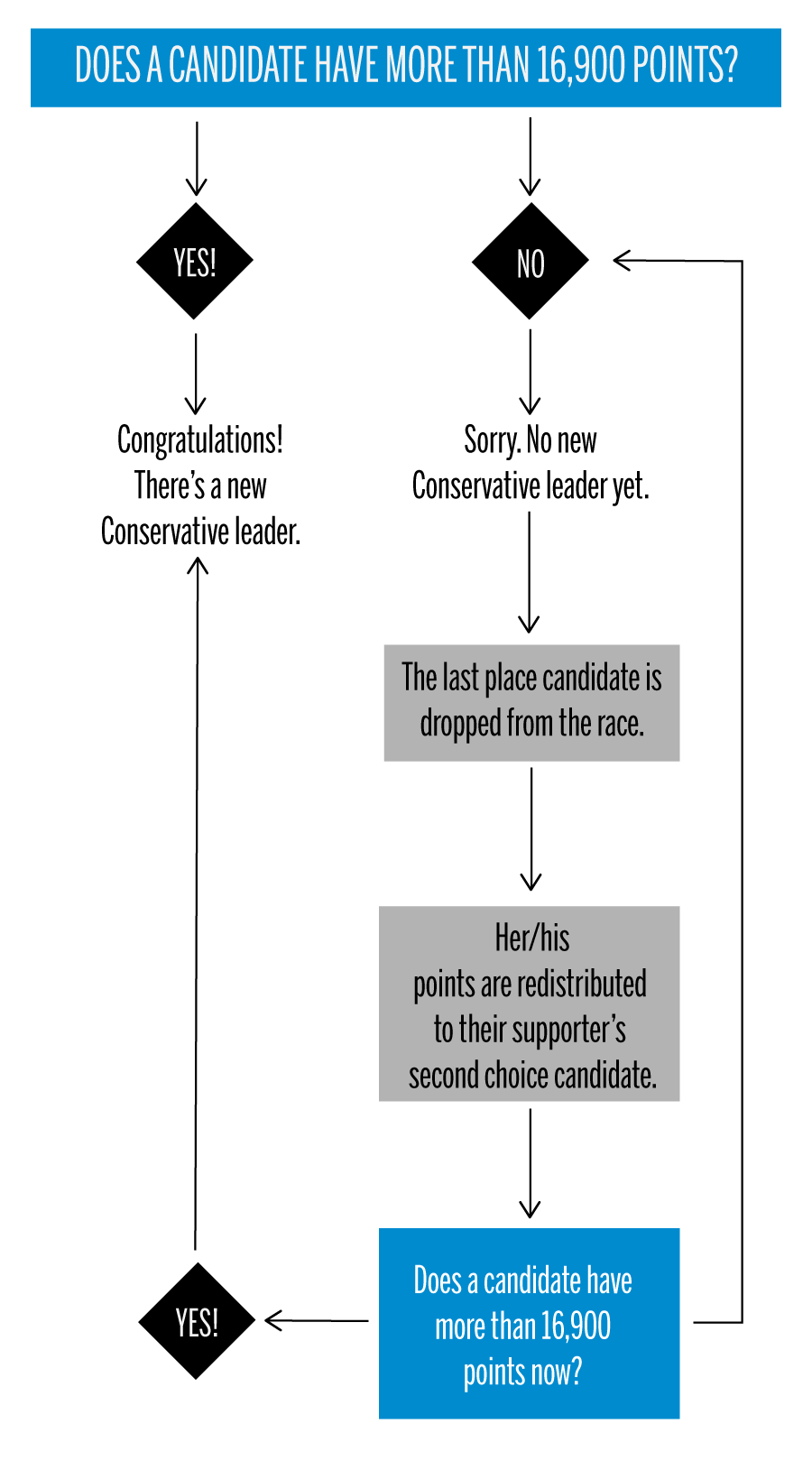