If provinces can restrict beer, why not bitumen? Deep legal thinkers don't see it that way. 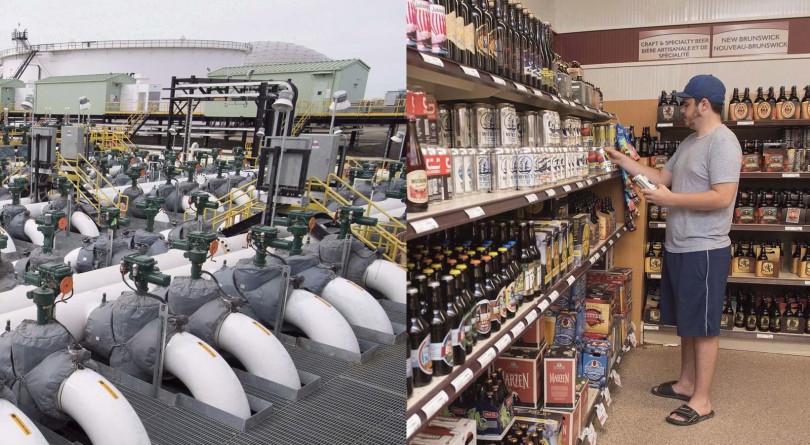 The Supreme Court of Canada’s recent ruling that lets New Brunswick go on restricting beer imports from other provinces might seem, at first glance, to strengthen British Columbia’s hand in its bid to block the planned expansion of the Kinder Morgan pipeline, the project that aims to nearly triple the flow of diluted bitumen from Alberta’s oil sands to a port just up the coast from Vancouver. After all, if the law doesn’t insist on cheap beer flowing freely between provinces, why should fossil fuels be any different?

But some leading constitutional law experts are interpreting the court’s April 19 ruling—in what’s formally called the Comeau decision, but popularly known as the Free the Beer case—the opposite way. “I think both B.C. and Alberta probably want to take this as a bit of a cautionary note,” says University of Ottawa law professor Carissima Mathen, “that they’re not going to be able to rely on their own jurisdiction under the Constitution to do things that will either interfere in federal jurisdiction or will interrupt the free flow of natural resources that is normally supposed to occur without discrimination between provinces.”

READ: In its ‘free-the-beer’ ruling, the Supreme Court reveals its contradictions

The debate starts with Section 121 of the Constitution Act, 1867, which seems as clear as a well-made pilsner: “All Articles of the Growth, Produce, or Manufacture of any one of the Provinces shall, from and after the Union, be admitted free into each of the other Provinces.” Despite that apparently unambiguous requirement for free trade among provinces, court rulings going back decades have allowed provincial governments to impose polices that create barriers, so long as that’s not their main purpose.

Still, the top court’s beer ruling serves notice to provinces not to overplay their constitutional hand. They can’t make what are really anti-trade measures constitutionally kosher just by sneaking them in under the guise of other regulations. “Stand-alone laws that have the effect of restricting trade across provincial boundaries will not violate [Section 121] if their primary purpose is not to impede trade, but some other purpose,” the judges wrote. “However, a law that in essence and purpose impedes cross-border trade cannot be rendered constitutional under [Section 121] solely by inserting it into a broader regulatory scheme.”

That part reads almost as though addressed directly to B.C. Premier John Horgan. In his bid to block Kinder Morgan’s expansion, he first floated the idea of an outright ban on increased bitumen flows through his province, then decided to take the matter to court. This week, B.C. Attorney General David Eby announced the province will file what’s called a reference case in the B.C. Court of Appeal by the end of this month, asking the judges how much power it has over the pipeline. Several experts told Maclean’s B.C. isn’t likely to get the answer it wants.

McGill University law professor Mark Walters said the Constitution clearly gives Ottawa jurisdiction over interprovincial “works and undertakings,” which would definitely include the pipeline. That doesn’t erase B.C.’s local jurisdiction, but does trump it. “So long as a provincial law affecting the pipeline is genuinely targeted at environmental protection rather than at hindering or halting pipeline development, then I think it would be valid,” Walters said.

What Horgan’s minority NDP government clearly wants to do, though, is hinder and halt the pipeline. Like McGill’s Walters, Queen’s University law professor Bruce Pardy, a specialist in environmental law, said federal and provincial jurisdictions overlap when it comes to the pipeline, but a constitutional doctrine called “paramountcy” means Ottawa’s power will ultimately prevail. “In the case of a conflict,” he said, “the federal law will apply.”

Beyond any jurisdictional wrangling, Horgan has argued the pipeline expansion shouldn’t be allowed until there’s been more research into the challenges of cleaning up a potential spill from one of the tankers full of diluted bitumen plying B.C.’s coast right off Vancouver.

Sheryl Rosenberg, a lawyer at the Winnipeg firm Thompson Dorfman Sweatman LLP, says that sort of complaint is all too familiar to anyone experienced, as she is, with environmental assessments. “In every single environmental case where there’s opposition from anyone, the argument is always, ‘There isn’t enough science, you didn’t do enough work, we don’t have enough certainty.’ Every single case. Every single one,” Rosenberg said. “But, at some point, people have to make decisions.”

All the experts interviewed by Maclean’s agreed broadly that B.C. has a legitimate role in regulating the pipeline expansion’s impacts, but not to the point where it frustrates the federal power to allow it. As well, federal Natural Resources Minister Jim Carr has said that even though Ottawa’s jurisdiction is clear, the federal Liberals will pass a bill sometime soon to “enhance that.”

Walters said that sort of legislation wouldn’t merely be redundant—it might carry serious constitutional weight. Although the beer ruling said the provinces can make laws that affect interprovincial trade, he explained, that does nothing to diminish Ottawa’s extensive power to pass laws on trade and commerce and interprovincial infrastructure. “If Parliament exercises one or both of those powers,” he said, “and makes a law conflicting with the provincial one, then the federal law will prevail.”

In fact, often lost in the reaction to the beer ruling is the fact that the federal government had not passed a law that tried to counter provincial barriers on beer, wine and liquor. If Ottawa ever flexed its muscle in that area—as it is now on pipelines—the experts Maclean’s spoke with said the federal government would likely win in a direct clash with the provinces over their alcohol laws. “In order for such a provincial law to prevail,” Mathen said, “the court would have to be willing to abandon the doctrine of paramountcy which has been in effect for at least a century.”