How the Senate is cracking down to get Trans Mountain built

The House of Commons has so far failed to referee the western skirmish, and it's the Senate that is stepping in with legislation to get the pipeline built 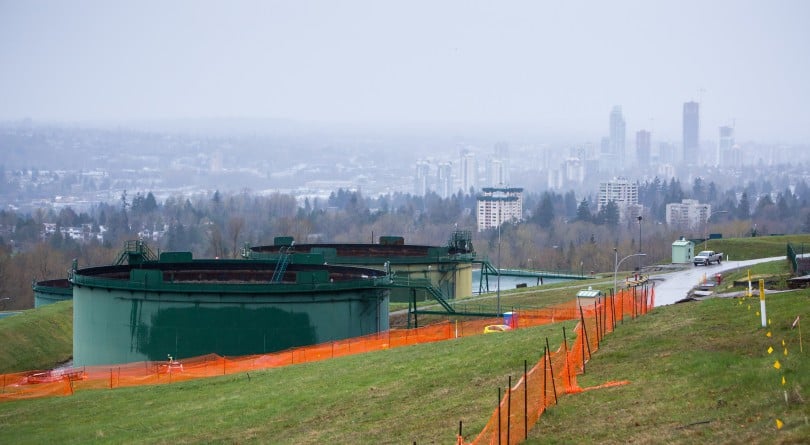 Where there’s a bill, there’s a way, so Independent Senator Douglas Black tabled Bill S-245 to declare the Kinder Morgan Trans Mountain expansion to be in the national interest.

“We’ve allowed this flag to just flap in the wind for so long that we are where we are,” Black testified Tuesday at the Senate Standing Committee on Transport and Communications. “We are on the verge of the breakdown of the rule of law on this issue, and we as senators cannot condone it.”

With 30 days until Kinder Morgan’s deadline to guarantee the Trans Mountain pipeline expansion, Black is trying to use the declaratory power in the Constitution to give the federal government leverage to stop protests in British Columbia. The B.C. government has gone to the provincial court of appeal with a reference case that is stalling construction, while Indigenous groups and climate activists from Canada and the United States are ready to put their bodies in front of the bitumen. Kinder Morgan is scheduled in July to start expanding the pipeline, but the only thing expanding so far is a picket line.

Prime Minister Justin Trudeau has discussed giving money to Kinder Morgan to compensate it for the uncertainty and has declared, “we will get this pipeline built.” However, the House of Commons has so far failed to referee the western skirmish, and it’s the Senate that is stepping in with legislation to get the pipeline built.

The Canadian government has declared projects to be in the national interest about 500 times in the past, using Section 92 of the Constitution mostly to push forward railroad projects, and Black wants to use it to build a project that Kinder Morgan says would bring Canadians $7.4 billion and the equivalent of 15,000 construction jobs per year of operation.

“I think there needs to be foundation for action, that the government of Canada can say, ‘We have this authority. We hope we don’t have to use it, but if we have to use it, we will use it in order to get pipeline built,” said Black, “so that Burnaby can’t interfere with simple things like road access, road closure … access to water, access to sewage—all things that can be done by a municipality, which can drive this, which can simply stop the project.”

Kinder Morgan released a statement in early April, warning, “If we cannot reach agreement by May 31st, it is difficult to conceive of any scenario in which we would proceed with the Project.”

Black said the company did “fulsome” consultations with communities and that it signed agreements with 80 per cent of First Nations along the expansion route. Asked about the dissenting 20 per cent, he described Kinder Morgan’s different expertise. “They’re pipeline builders; They’re not nation builders. They can’t solve 150 years of issues. They just want to build a pipeline.”

It’s their way or the literal highways, as trucks will transport oil by road if the pipeline doesn’t get built, Black noted, as will trains by railroad. Other senators just want to build the pipeline, too. “I get a little tired of Canada being the boy scout of the world,” said Liberal Senator Terry Mercer (who arrived at the meeting an hour and 45 minutes late). “We play by the rules, and we go default to doing the right thing at all times instead of defaulting that it’s in our best interest to sell the product that we’re lucky enough to have in Saskatchewan and Alberta.”

Senator Rosa Galvez was concerned that China and India are moving toward renewable energy and won’t be long-term buyers of Canadian oil, but Black said, “I disagree with your facts. In fact, Senator Galvez, your facts are wrong.” Black then cited statistics from ExxonMobil, one of the world’s largest oil and gas companies—which he said were facts verified by Shell.

Black was a founder of the Energy Policy Institute of Canada, a lobbying group for the oil and gas industry. He said he isn’t sure if he currently holds shares in oil and gas companies. “I personally don’t, but through my investments that I manage at arm’s length, I presume they do, but I have no control over that,” he told Maclean’s, “so the answer is, ‘I don’t know, but I hope so.'”

In the case the expansion project is called off, committee chair David Tkachuk asked if Kinder Morgan could sue the Canadian government for its losses after approximately a decade of planning. Black said he would respond as a lawyer, not senator, then replied, “You bet your sweet bippy,” of which the chairman said he’d like to see the French translation.