'Despite the troubled waters, we promise to be real sailors,' Marie-Anne Lapierre tells mourners 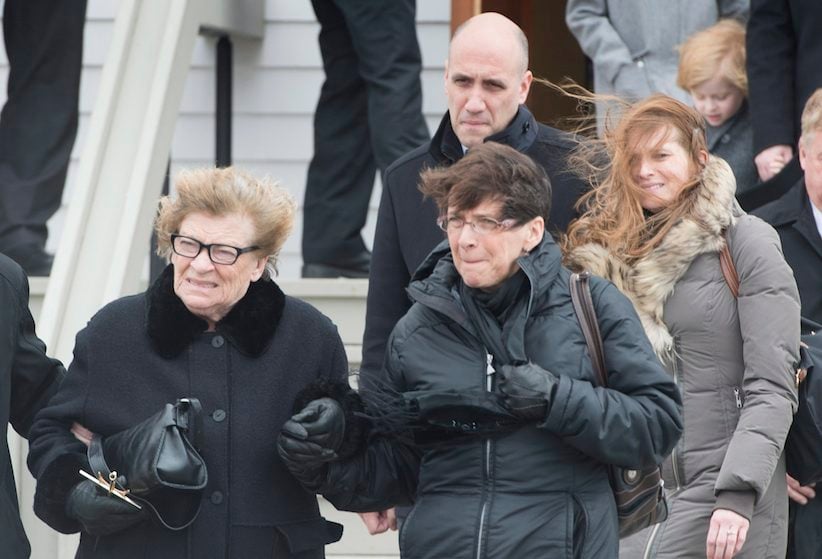 BASSIN, Que. — One of Jean Lapierre’s daughters described her late father on Friday as a “beacon” who will continue to guide the family as they move forward following the recent deaths of six members.

Emotions ran high in the former politician’s Quebec hometown of Bassin, with many people struggling to fight back tears as a casket with family patriarch Raymond Lapierre’s remains was carried into a church to be followed by firefighters holding five urns.

The urns contained the ashes of Jean Lapierre, his brothers Louis and Marc, his sister Martine and his wife, Nicole Beaulieu.

The five were among seven people who died in a plane crash on March 29 as they were flying to the Iles-de-la-Madeleine shortly after Raymond Lapierre, 83, had died of Parkinson’s disease.

Inside the packed 700-seat Saint-Francois-Xavier Church, several family members addressed the mourners, with one of the most poignant tributes coming from one of Jean Lapierre’s daughters.

“Papa, my idol, I cannot believe you have gone so soon,” she said, her voice trembling. “It hurts me so much to speak of you in the past. Papa, I am so fortunate to have been part of your life.”

Another powerful moment occurred when Lapierre’s sister, Laure, urged the mourners to sing the chorus of “You Are My Sunshine” after she explained their father had belted it out a few times when he was in hospital over the Christmas holidays.

“My father always said that sorrow mustn’t get the better of pleasure,” she said.

Diane Lebouthillier, the MP for the region, said the ceremony was touching but that the events were “inhuman.” 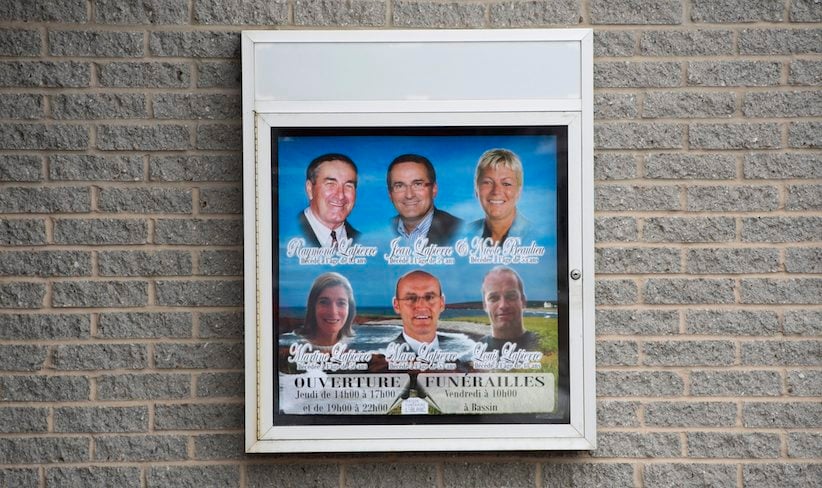 A photo is seen on the wall of the funeral home in Cap-aux-Meules, Que. (Paul Chiasson, CP)

“I was watching Madame Lapierre (Jean’s mother) and I was thinking of all mothers,” she said. “It’s terrible, terrible.”

Lapierre, 59, was a longtime Liberal and Bloc Quebecois MP who quit federal politics in 1992 but returned after Paul Martin became Liberal leader in late 2003. He served as transport minister between 2004 and ’06.

He left politics in 2007 and soon became a popular on-air personality, drawing from his long list of sources in both federal and provincial politics to offer commentary on important news events for a host of different media organizations in Quebec.

Another service for Lapierre and Beaulieu will be held in Montreal on April 16.

The Transportation Safety Board of Canada is investigating the crash, which also killed pilots Pascal Gosselin and Fabrice Labourel.

Gosselin’s funeral will be held near Montreal on Saturday, while details for Labourel’s are not known.