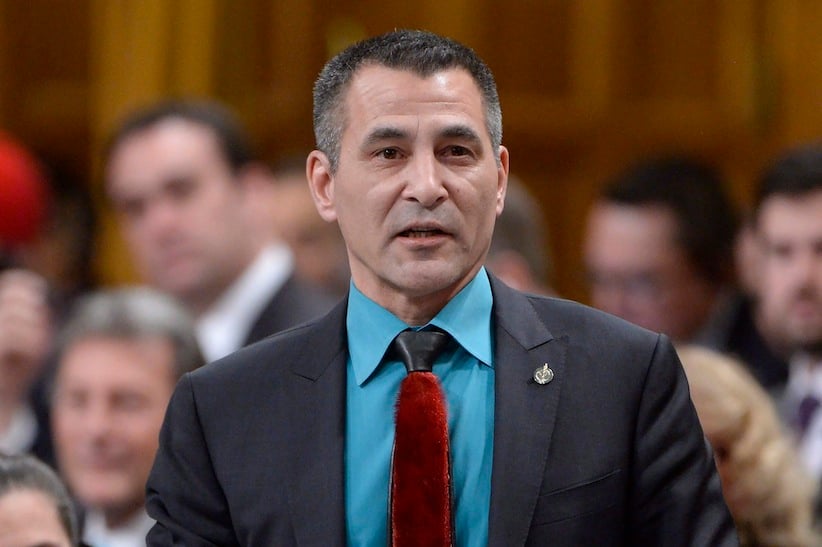 OTTAWA – Fisheries Minister Hunter Tootoo, citing “addiction issues,” has resigned from the federal cabinet and is leaving the Liberal caucus.

Tootoo, the first northerner to take on the role of fisheries minister, issued a brief statement saying he was stepping down in order not to distract from the important work of his colleagues.

Tootoo said he has “decided to seek treatment for addiction issues” and asked for “privacy at this time.”

The nature of his addiction was not specified.

The announcement about Tootoo’s troubles drew words of support from former Ontario premier Bob Rae, who tweeted: “Wish him well in his battle.”

And Grand Chief Alvin Fiddler also took to Twitter to offer support for Tootoo on behalf of the Nishnawbe Aski Nation in northern Ontario: “sending prayers and support to Hunter Tootoo as he seeks healing.”

Tootoo was born in Rankin Inlet in 1963 and immediately had to fight for his life.

“I was medevaced (airlifted) out,” Tootoo told The Canadian Press in an interview last year.

“I was in an incubator for the first three months of my life, so I am told.”

After overcoming this struggle, Tootoo went on to live in various parts of Canada, including Quebec, Ontario, Alberta and Saskatchewan before making his way back to the North in the early 1990s.

The 52-year-old was first elected as the MLA for Iqaluit Centre in 1999, where he served for 14 years and was the Speaker of the Legislative Assembly until 2013. He also held a number of cabinet positions in the territorial government.

In November, a month after Tootoo defeated former Conservative cabinet minister Leona Aglukkaq to claim the federal riding of Nunavut, he said in an interview he hoped to transfer his political experience to a national scale.

“I think that it is going to be very beneficial to me as we move forward,” he told The Canadian Press.

In the November interview, Tootoo said he was “very proud to be the first aboriginal person, first northern person to be appointed to this position.”

Tootoo is related to NHL player Jordin Tootoo, a forward for the New Jersey Devils, but he has been quick to quash the idea he may share some of the hockey skills honed by his cousin.

“I watch hockey,” he said in the interview. “The only sport I do is curling.”

Tootoo isn’t the first Liberal MP in this government to seek help for addiction problems.

In January, rookie Newfoundland MP Seamus O’Regan announced he was back to work after getting help for a drinking problem.