Paul Wells: Get a second opinion, they said. It’s an election environment, they said. Where have we heard that before? 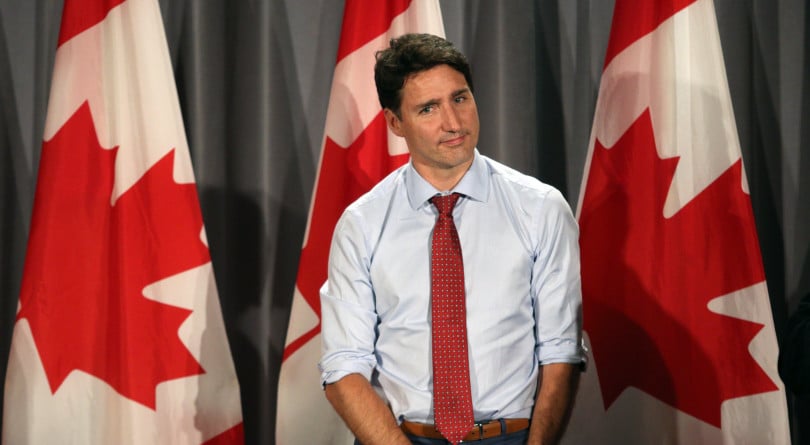 Remember when John McCallum was telling Chinese officials to ease up on sanctions against Canada because it was an election year? That was so weird.

“Anything that is more negative against Canada will help the Conservatives, [who] are much less friendly to China than the Liberals,” the former cabinet minister and Canadian ambassador to Beijing, who had already been sacked from the latter post for assorted indelicacies, told the South China Morning Post a few weeks ago. It would be “nice,” he added, “if things will get better between now and [Canada’s federal] election [in October].”

What kind of person, you may have thought at the time, links events a half a world away to a looming election at home? And then this week’s events brought an answer, if one hadn’t already occurred: the kind of person who works with Justin Trudeau.

Say hello to Paul Thoppil, assistant deputy minister for the Asia-Pacific over at Global Affairs Canada (universally shortened, in Ottawa, to “GAC,” pronounced “gack” and followed with an obligatory apologetic chuckle). He’s the guy who’s been working the phones lately, reaching out to retired Canadian diplomats and reminding them that it’s an election year.

“In this time of high tension and in an election environment, we all need to be very, very careful,” McCallum’s predecessor David Mulroney told the Globe, paraphrasing a call he received last week from Thoppil.

I want to emphasize that the specifics of Thoppil’s counsel to Mulroney were quite low on the scale of jackboot oppression. He just wanted Mulroney to call in for a briefing on Ottawa’s current China policy before mouthing off to reporters. Or rather, Thoppil may or may not have wanted Mulroney to call in, but his boss’s boss’s bosses at the Prime Minister’s Office sure did: “He said … ‘I’ve been asked by PMO: before you comment on aspects of China policy, it would be good if you called in and got the latest from us on what we’re doing,’” Mulroney told the Globe, again paraphrasing Thoppil.

Mulroney, who can be high-strung, declined the advice and promptly picked up the red glowing Fife-and-Chase-Phone from its handy cradle on the desk of his home office. The Globe’s intrepid reporters soon learned that Thoppil had made a similar call to yet another former Beijing envoy, Guy Saint-Jacques.

The PMO and Chrystia Freeland’s office were left, not really to deny any part of Mulroney’s account, but to couch it in the most anodyne terms. Nobody was forbidding Mulroney from speaking, they insisted, and I’m sure it’s true. He can say what he likes. They just hoped he’d get a second opinion. The way Michael Wernick hoped Jody Wilson-Raybould would get a second opinion—or a third, or a sixteenth, or however many it took until she finally guessed the right answer—on SNC’s eligibility for a deferred prosecution agreement.

As for the mention of “an election environment,” well, that’s familiar too, isn’t it. Wilson-Raybould testified that a majestic procession of Liberals, from Justin Trudeau on down to Ben “Be Careful When Using My Name” Chin, kept mentioning upcoming Quebec and federal elections to her when advising her on the finer points of prosecutorial style. Because if there’s one thing that comes to mind when you think of a fair trial, it’s constant reminders that the party in power must not lose.

There’s at least one more element of the Thoppil calls that rings a bell. That’s the spectacle of a normally non-partisan official picking up the old phone for a chat with key opinion-makers about government policy. You’re way ahead of me, aren’t you: That is, indeed, what Daniel Jean did when, as Justin Trudeau’s foreign-policy advisor, he telephoned reporters to speculate about an Indian government plot to embarrass Trudeau by—I’m still not sure about this part—declining to block the Trudeau government’s invitation of a convicted attempted murderer to a dinner?

My favourite comments in this whole business come from Saint-Jacques, who notes that one reason it’s hard to align his comments with the government’s policy is that he can’t tell what the government’s policy is. I had the same reaction: If there’s a number people can call to understand Justin Trudeau’s thinking on the regime in Beijing, can we please have it? Because I note that the Prime Minister hasn’t given a speech detailing his thoughts on the matter lately. And the increasingly reclusive Chrystia Freeland, whose public comments on this file and just about every other one have been more and more gnomic in recent months, restricts herself to exquisitely tailored comments on the specifics of the Meng Wangzhou extradition and the detention of Michael Kovrig and Michael Spavor.

On broader topics—is China an ally or an opponent? Will it displace the United States as a global hegemon, and is that a good thing? What’s the difference between the department’s advice that Canadian travellers to China exercise “a high degree of caution” and Mulroney’s apparently outrageous advice that they simply not go at all?—we are left to guess. I’d sure take a hotline number if one were available.

I should note that I haven’t met Thoppil, I assume he’s highly competent, and I’m sorry he’s having such a high-profile week. Both Saint-Jacques and Mulroney noted that he sounded awkward on the calls, and well he should. A fair reading of Mulroney’s and Saint-Jacques’ reports suggests Thoppil came nowhere close to suggesting they would face any sanction for rebellious behaviour. He was merely conveying the Liberals’ touching faith that, if you just knew what the thinking is, you’d immediately get it and you’d get on the freaking bandwagon because the alternative is, well, a tad brown-shirted, hint hint. It’s what’s so poignant about what emerged during the SNC thing: the Trudeau-Butts-Wernick-Be-Careful-When-Using-My-Name gang’s certainty, not that their good faith mustn’t be questioned, but that surely to God it wouldn’t be questioned, just because it was such really good faith.

The thing is, this crew keeps being surprised by how their stuff looks when it gets outside the rope line and Canadians without wristbands get a chance to inspect it. And the wiser heads among them have sent out warnings not to act like this.

Here’s a little mini-scoop as your reward for sticking with me for so long today. On April 19, Ian Shugart, who’d been deputy minister at GAC for three years and was on his way to new work as the Clerk of the Privy Council, delivered a farewell address to his colleagues at the foreign ministry. It’s a lovely piece of writing, serious and warmhearted. Shugart thanks the department for welcoming him; surveys threats to their work from cyberattack to climate change; reminds them that “every dollar we spend comes to us through Parliament from the taxpayers. It’s not ours”; says nice and true things about Canada’s prospects and potential.

Two passages stand out today. Shugart reminds his colleagues of the day in 2015 when public servants openly cheered for Stéphane Dion when the newly-appointed global-affairs minister showed up at Fort Pearson, the departmental ziggurat on Sussex Drive. “This was more than enthusiastically welcoming our new bosses,” Shugart writes, “it was wearing their political preferences on their sleeves. Don’t do that again.”

Elsewhere, in his discussion of populism, Shugart writes that “in countries like ours,” “the boundaries of legitimate opinion, social fragmentation, loss of trust in democracy and its institutions, and the permissions that leaders give themselves to undermine the rules, can be easily and subtly crossed.” Emphasis mine, of course.

Shugart’s address suggests the new Clerk has been more thoughtful about the events of the last few years than some of his colleagues. But his words are useless if they remain only words. If our politicians can’t remember that there are, and need to be, limits on their power, then bureaucrats need to remind them. My gentle counsel to civil servants who might be invited by their political masters to do a little herding of public opinion in this election environment: Tell them where they can put their phones.