If elections are about the economy, what will this one be about?

Paul Wells: Chambers and Councils of Canadian capitalism seem unhappy with the Liberals—for reasons they can't quite seem to spell out 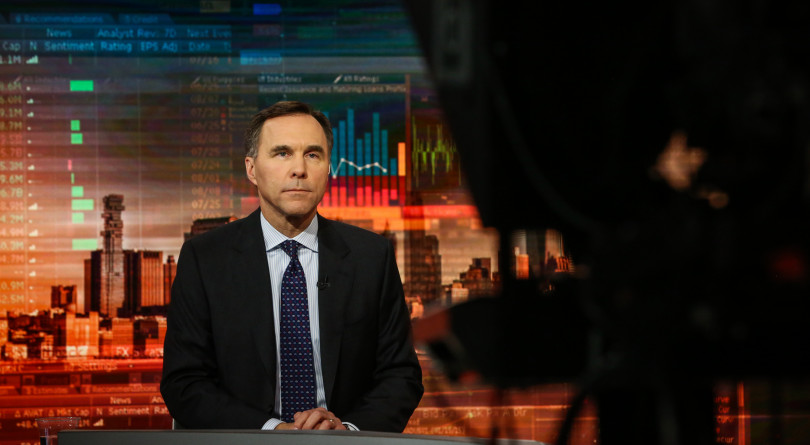 The week began with grumpy alarums from two of Canada’s voices of business.

The Canadian Chamber of Commerce (federating all the local chambers of congress; business large and small) had an open letter promoting a pre-election website that sets out “the concerns and priorities of job creators” against which the Chamber hopes every federal party will be judged in October.

The Business Council of Canada (representing, mostly, only the largest companies) had an op-ed in the Globe by its president, Goldy Hyder, as it prepares a similar pre-election bit of advocacy.

They’re in a lousy mood, by and large. “Canadian businesses face obstacles our competitors do not,” the Chamber writes. “We call them the seven burdens of business: over-regulation, a complex and outdated tax system, the difficulty finding and retaining skilled workers, the need for improved technology infrastructure, lack of support for SMEs, insufficient trade tools and proposed changes that may undermine employer-provided healthcare.”

The Business Council’s Hyder is, if anything, even more seized with the problem, although the more closely I read his Globe piece the less clear I am on what the problem is. “All around us, we see signs of rapidly aging national infrastructure—including social infrastructure—and we recognize that the cause and consequences are serious,” he writes.

“Our desire to critique now exceeds our desire to create,” he adds, and “For too long, we’ve avoided making the truly hard choices. We’ve instead chosen to study the problems, and then, for good measure, studied them again.” And, “We suffer from analysis paralysis.” And “The only thing created is the illusion of action.”

Sure, sometimes “genuine and legitimate concerns” arise, and at such moments, “we should pause.” But only briefly, apparently. It’s time to get back to where “reasonable and rational compromises” can “be imposed and enforced.”

Gee, CEOs of Canada’s largest companies, what would the imposition and enforcement of compromises in the face of genuine and legitimate concerns look like? There is no answer here. Sadly, for too long, we have avoided making the truly hard choices, including (a) choices of which specific problems to mention in Globe op-eds and (b) choices of which specific remedies to propose in Globe op-eds.

And yet. The actual numbers are mixed to pretty good. The economy added more jobs in April than in any month since 1976.  As for whether big things can get built in Canada, it kind of depends. The Trans Mountain pipeline expansion isn’t getting built, at least not this week. But Alberta’s new premier Jason Kenney, who seems unaffected by analysis paralysis, will exhaust his considerable ingenuity trying to fix that. We’ll see whether he has better luck than his predecessor Rachel Notley.

In the meantime the massive LNG Canada project got greenlit, and in other ways, the building of Canada proceeds apace: regional rail around Montreal, light rail in Ottawa, a substantial commuter-rail upgrade around Vancouver, and so on. It’s fair to demand more, and perhaps even fair to say little about how the “more” would actually happen—demands for “leadership” often sound suspiciously like “Look, you figure it out”—but a little perspective comes in handy.

There are significant words missing from both the Chamber and the Council articles. The first is “Trump.” Of course the current U.S. President’s continued residence at the White House doesn’t relieve Canadian governments of the need to keep Canada competitive, but it’s a significant force for chaos that’s worth at least mentioning.

The acrobatics the Chamber and Council undertake to avoid mentioning the U.S. are formidable. Hyder, indulging a hockey playoff metaphor, warns Canada that “China, India, Russia, Brazil and”—wait for it—”others want to knock us out.” Others? Uruguay? The Chamber of Commerce more decorously refers only to “the countries with which we compete.”

Taken as a group, those countries don’t particularly stand out as examples to emulate. China’s emerging chief export is Orwellianism, Russia’s is the usual, Brazil is hardly a model , and India—never mind. As for the United States—look, never even mind the rest of Donald Trump’s six-ring circus; any organization that calls simultaneously for “tax competitiveness” and for a “concrete plan… to return the federal books to balance” needs to admit that our largest historic trading partner simply never tries to do both of those things at once.

Simply put, a lot of the drag on Canada’s economy is caused by the malicious or foolish behaviour of most of the world’s larger countries in recent years. I’m not sure why it passes for sophistication to pretend otherwise.

The other missing word? Climate. If reducing greenhouse-gas emissions is an important issue in this election year, two large business groups forgot to say so.

There remains this interesting phenomenon: while the Chamber and the Council are couching their interventions as non-partisan advice to political leaders across the spectrum, it’s pretty clear they’re expressing impatience with Justin Trudeau’s Liberals in particular. As Kevin Carmichael has noted, the estrangement between Canadian business and the Trudeau government is real.

It’s an odd thing. Canada’s CEOs include a lot of Liberal voters, but business feels it has no champion in Justin Trudeau’s Ottawa. Bill Morneau might once have looked like that champion, but less these days. There used to be an identifiable bloc of “business Liberals” in every governing Liberal caucus, but that was in the days when the party was self-conscious about positioning itself in the middle of the road. These days it fancies itself at the vanguard of social progress, and business concerns take the hindmost.

That’s as a general rule, of course. In specific instances there are rather spectacular exceptions. If you’re spectacularly well-connected, like SNC Lavalin, you get all kinds of respectful attention (although in the end, it’s starting to look like SNC received all assistance short of help). If you’re the proprietors of the nation’s failing large newspapers, you can get a bailout package designed to defend you against upstart entrepreneurs. If you’re a sufficiently self-dramatizing pipeline proponent, you can even get the Government of Canada to buy (but not necessarily expand!) your pipeline.

“Concierge service” is a longstanding term in trade policy for the notion that what potential investors need most is a well-placed helper inside government to make the necessary introductions and fill in, or eliminate the need for, the usual paperwork. In today’s Ottawa, little seems to happen without a concierge. China’s Huawei has taken the SNC-Lavalin hint and hired every underemployed concierge along the Windsor-Quebec City corridor.

This government is suspicious of business in general but enthralled by it on a case-by-case basis. The country’s leading wholesalers of executive-suite opinion are returning the cold shoulder. It’s hardly the Liberals’ biggest problem, but they can add it to the pile.