If it's really a recession, you don't need to be told

An interview with the C.D. Howe Institute's economist 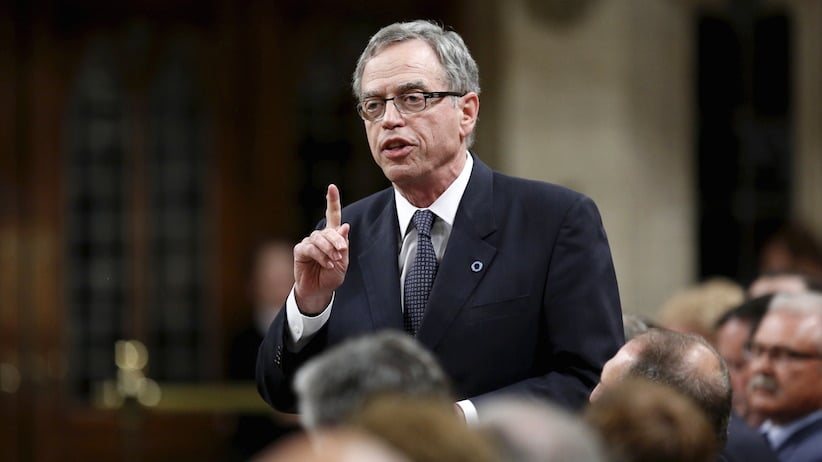 Canada’s Finance Minister Joe Oliver speaks during Question Period in the House of Commons on Parliament Hill in Ottawa May 26, 2015. REUTERS/Chris Wattie – RTX1ENI9

Finance Minister Joe Oliver’s insistence that Canada was not in a recession early this year has put the issue back into the election news cycle. And with Statistics Canada slated to release the latest anxiously awaited data on Canada’s gross domestic product on Sept. 30, the issue of the real state of the economy seems bound to remain a campaign-trail debating point next week. In an attempt to clear some of the fog of campaign rhetoric on how economists actually use the R word, and what it really signifies, I called Craig Alexander, the C. D. Howe Institute’s vice president, economic analysis. I’ve edited our conversation for brevity.

Q: What does it mean to say Canada was or was not in a recession in the first half of this year?

A: The question is how much weight you put on the old rule of thumb that two quarters back-to-back of contraction is a recession. That’s just guideline that economists use because they want to simplify it when they are discussing the matter. But the reality is that the contraction in the second quarter of this year—it was minus 0.1 per cent—was so small that you don’t have confidence that a recession took place. Most economists would say it wasn’t a recession.

Q: So if that familiar definition—back-to-back quarters of a shrinking economy—isn’t the right measure, what is?

A: There has to be a meaningful and deep decline in economic activity. It has to last for a significant length of time. It has to be weakness spread broadly through the economy; it can’t be concentrated just in one industry.

Q: Are you alluding to the fact that, in Canada this year, the weakness was mostly the result of the low price of oil?

A: First of all, was it deep enough? In the first quarter there was a modest decline; it wasn’t huge, but it was measurable. The second quarter [contraction] was very small. In fact, it could easily be revised away: Statistics Canada will revise the number four times before it becomes final. Then you have the issues of how diffused it was throughout the economy. An awful lot of it was in the energy sector.

Q: So those are several factors for economists to puzzle over. Should the rest of us care?

A: It plays into the election because of the way politicians are using it to achieve their goals, or communicate to the electorate. But from the point of view of the average Canadian, it doesn’t matter. What you know is the Canadian economy effectively didn’t grow in the first half of this year.

We actually haven’t seen the decline in employment that you typically would see in a recession, but from the point of view of the average Canadian, they know in parts of the country it’s hard to get a job. If you’re living in Alberta today, you don’t really care about this debate over whether there’s a recession or not; you know the Alberta economy is contracting and labour market conditions in Alberta have weakened a lot.

Q: Given everything you’ve just said, did the Conservative government make a mistake by writing into the Federal Balanced Budget Act the blunt definition of a recession as a “at least two consecutive quarters of negative growth”?

A: In light of the data we’ve had, they probably regret having tied the legislation to the wording of technical recession, which, as I’ve said, is purely a rule of thumb.

Q: Do we need a better definition then?