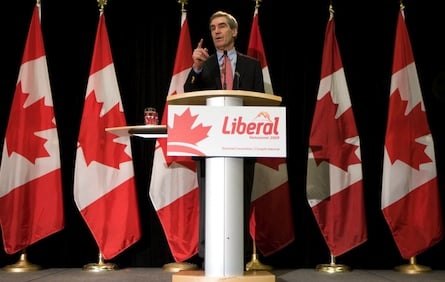 He made the comments in a sit-down with reporters this morning, at the close of the Liberal Convention in Vancouver. “We have an E.I. system that is not purpose built for the most serious economic crisis since 1945, and we have to fix it, and we have to fix it now,” he said, adding that unemployment has climbed well above eight per cent.

The newly confirmed Liberal leader would like an “immediate,” yet “temporary,” change making Canadians eligible for E.I. benefits if they’ve worked 360 hours in the previous year, regardless of where in the country they live.

The spring platform, however, “is not going to be an E.I. platform,” but a “knowledge society platform,” which includes investments to early childhood learning, post-secondary and Aboriginal education, as well as to science, technology and research. It won’t be publicly released—”with fanfare, bells and whistles,” he added—but will sit at ready in the Liberal vault. Today, however, the “urgency,” rests with E.I—and making temporary reforms to “get us through [the] crisis.”