In the Khadr settlement, the Conservatives find their fight

The Liberals are being made to defend the government's choice, and they would plainly rather not. Score one for Andrew Scheer. 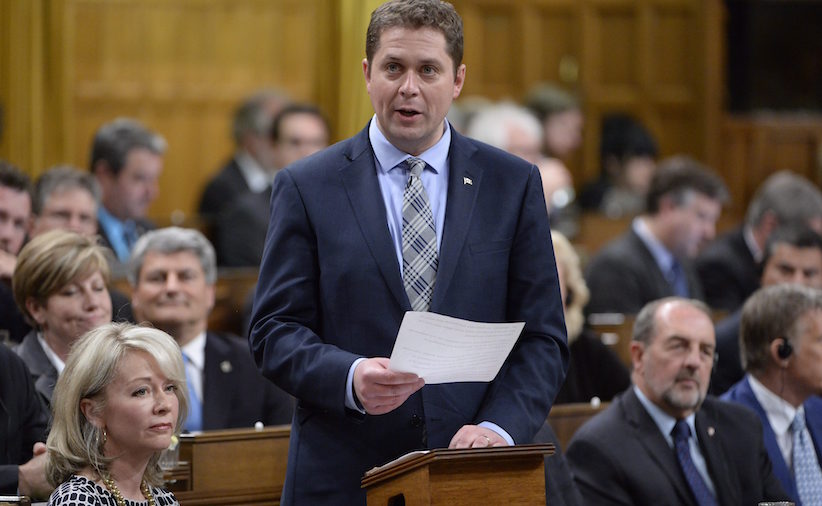 The Harper Conservatives had released ads to “define” Stéphane Dion, Michael Ignatieff and Trudeau within weeks after each man became leader. Dion was Not a Leader, Ignatieff was Just Visiting, Trudeau was Just In Over His Head. It worked two out of three tries.

Trudeau had campaigned on promises, not always fulfilled, to do politics differently, and this time he decided to follow through. Heading into the summer vacation with ads dubbing Scheer as Too Conservative, or whatever, would hurt perceptions of the Liberals as much as of their target, so the Liberals held off.

But that’s not the same as saying the Liberals had no offensive strategy against Scheer.

Instead of running ads, they would define Scheer more slowly, over time, with a series of forced choices in Parliament, through government motions, much as opposition parties usually seek to define governments (you’ll note that “define” in Ottawa politics is almost always pejorative by implication) through clever use of their occasional opportunity to define a day’s parliamentary debate through so-called “supply motions.”

The goal would be to perch Scheer’s Conservatives on the horns of a dilemma. If they voted with the government on this or that motion, they would be revealed as copycats with no original thoughts; if they diverged, they’d be “extremists.” The first example of this strategy was a motion at the beginning of June, after Donald Trump pulled out of the Paris Accord on climate change, declaring Parliament’s support for the very same Paris Accord.

Scheer had been noticeably tightlipped about Trump’s exit; some Conservative supporters were pretty happy that Trump was giving the bum’s rush to climate science they view as hokum, while others had, well, supported Michael Chong and his carbon taxes for the Conservative leadership. In the end, he told his caucus to vote for the Liberal motion, which was enough to get Scheer called a “backstabber” by Ezra Levant, whose Rebel Media more or less defines the far right end of the political mainstream in Canada. Levant even launched a website to dump on Scheer. For the Liberals, a pretty good day at the office.

The problem for the Liberals is that two can play at this game.

RELATED: The friendship of Lindhout, Khadr and Harper

On Saturday, at the Conservatives’ annual Stampede Barbecue in Calgary, Scheer said he’ll use the first supply date the Conservatives get in the autumn to make MPs vote on the government’s settlement with Omar Khadr. “We’re going to force every Liberal in the House to take a stand,” Scheer said. “It will be simple: Do you support paying a self-confessed terrorist over $10 million or do you stand with the common sense of millions of Canadians? Justin Trudeau will have to stand and defend it.”

This followed a truly remarkable evening on Friday during which Stephen Harper posted on Facebook that the government’s settlement with Khadr was “simply wrong;” his son Ben Harper tweeted a donation to yet another Ezra Levant website collecting money for the children of the soldier whose death is at the heart of the Khadr affair; and Laureen Harper followed suit.

Obviously a lot of Conservatives are genuinely angered by the Khadr settlement. It’s causing a few to act out of character. Stephen Harper’s policy from his 2015 election defeat until now has been not to comment on any action of the Trudeau government. In the Khadr case, he felt accused—the Liberals’ line is that the Harper government screwed up the handling of Khadr’s case and exposed taxpayers to damage settlement—and he hit back hard.

Now the Liberals will be made to defend the government’s choice. They can, in fact, look forward to launching the fall session of Parliament that way. They would plainly rather not: details of the settlement were explained by Ralph Goodale and Jody Wilson-Raybould on the Friday after Canada Day, the sort of thing one does when one is hoping summer will distract most Canadians from government business.

The merits of the settlement have been debated here and elsewhere, and I doubt I’d change minds by arguing it either way. I do note a conspicuous passion deficit on the Liberal side. Goodale was asked why nobody at the news conference had said they are sorry to Khadr. His answer was a seminar on the use of the passive verb construction. “The apology was issued in written form, and it was prepared in accordance with the agreement between the parties, and we have put that on the public record,” he said. That’s certainly an answer that was given.

I doubt many Canadians will have the Khadr settlement in mind when they vote to elect their next federal government, more than two years hence. But precisely because there are more than two years until the next election, perceptions will be influenced on a hundred issues before then. On the Khadr issue, Trudeau will face a united Conservative party, and a broader conservative movement, whose leader is damned sure the deal the Liberals cut is wrong. How he responds will be an important early chapter in the campaign for 2019.