In which I spring to the Prime Minister's defence, as if my name were Ari

Why hiring Fleischer and McCurry might be good for Canada 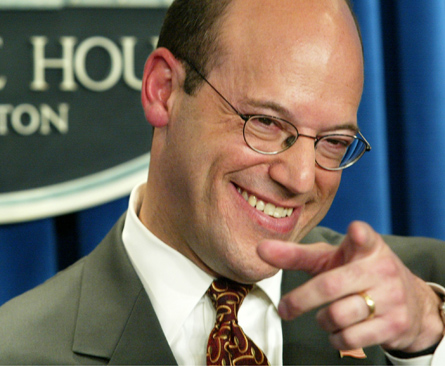 I too must confess that my feelings on this are mixed. When I hear about a Canadian prime minister bending himself into pretzels to get U.S. press coverage, I feel two very different feelings, and I feel them both fairly strongly but not necessarily simultaneously. Here are my two feelings, in the rough order in which they occurred to me:

(b) Actually, this makes perfect sense and is probably, marginally, good for Canada.

Since sentiment (a) is already well canvassed elsewhere, here’s more on (b).

Look. The United States is our largest trade partner, closest ally, blah-blah-blah, and it is also the indispensable ingredient in every serious foreign-policy event. Even on the rare occasions when other countries do something without the United States, they first waste a lot of time wishing the Americans would do something before they finally do it themselves. Never mind the stale old jokes about how it’s good for our health to be ignored by the Americans. One reason that’s not a good joke is that it has never been true. Canada can almost always get more done if Americans are paying attention to us than if they’re not.

I have long advocated that Canadian politicians (and journalists) finally begin to catch up to Canadian entrepreneurs and artists, who are often effortlessly internationalist, and get out to see the world more. That includes far more than the U.S. I wish, for instance, that Harper would sit down with reporters from G-8 countries — even the weird ones Lawrence Cannon can’t find on a map, like Germany and Japan — before G-8 summits, a simple trick that U.S., Russian and French leaders have turned into an annual routine. But it should certainly include the U.S. Our weird national neuroses have probably led us to spend a little less time explaining ourselves to the Americans than we should. It’s neither presumptuous nor grovelling for a Canadian leader to address a U.S. audience. It’s just normal and healthy. Americans don’t bite, you know. I believed that six years ago and I haven’t changed my mind.

As for hiring Fleischer and McCurry, well, what? Retaining experts on short-term contracts gives you capability you didn’t have before, and it costs less than keeping that kind of expertise on staff permanently. McCurry and Fleischer have more reporter friends in Washington and New York than any Canadian does. And in a polarized polity it makes sense to hire them both. They’ll cover the gaps in each other’s Rolodexes.

So off you go, PM! Canada does have a good story to tell and you’re good at telling it.

But you do know it’s not your story, don’t you?

If Canada has a good story to tell, one presumes that story doesn’t portray Canada as ” a Northern European welfare state in the worst sense of the term.” And yet that’s what Stephen Harper used to tell Americans. Presumably Fleischer and McCurry won’t be wrangling interviews so Harper can tell the American journalists and their Canadian viewers that staying out of the Iraq war was “a very serious mistake,” and yet that’s what he used to tell Americans. And if he finds himself having to reassure Americans yet again that Canada is not a haven for terrorists, it could be because his own MPs spent years telling Americans that terrorists use Canada as “a base for entering the U.S.”

One presumes the first half-dozen or so of the Prime Minister’s southern interlocutors will ignore the breathtaking turnabout that Harper’s sunshiny new line will represent. Eventually one will have a slow morning and an industrious research staff, and the PM will find himself facing the same sort of embarrassing questions in his new setting that he has laboured so industriously to avoid at home. On that day, his flirtation with the U.S. press will end, because this Prime Minister has never learned to take a punch. Until then, though, his new press strategy will probably do both him and the rest of us some good. And if the fates require that he hire Bill Clinton’s press secretary so he can peddle Jean Chrétien’s legacy, well, the triumph of Canadian conservatism sometimes works in mysterious ways.