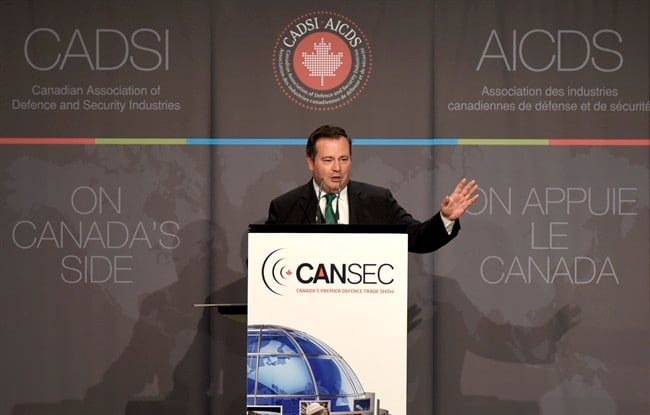 Kenney said the announcement of the panel’s members will be made very soon and he said it will mark a major shift in how the Canadian Forces makes massive purchases of equipment.

“We want sign off essentially from all the key stakeholders in principle on a project at the front end and an independent panel to affirm that,” the minister said in a keynote luncheon speech to about 900 delegates at an international defence industry trade show.

“Once the panel is fully operational, it will make a paradigm shift in the way we conduct defence procurement by enabling greater scrutiny and oversight of project requirements earlier in the procurement process.”

Kenney said the panel will try to head off the problems that inevitably surface by doing a mandatory, up-front assessment that challenges the requirement of a major project.

He also said the panel will include a representative from industry.

The military procurement system has been beset with delays, cancellations and unexpected cost overruns.

Political controversy has surrounded the long-running procurement sagas involving the F-35 stealth fighter jet and fixed-wing, search-and-rescue planes, among others.

It was the simmering controversy over those two major procurement projects that led the government to introduce more reporting requirements, including a new Public Works secretariat to oversee purchases.

Greater efforts need to be made to avoid cost overruns and scheduling delays, as well as improve co-operation between departments, he said.

A third-party review panel will issue a report at the beginning of the procurement process for all projects valued at more than $100 million to avoid problems after the process is well under way, said Kenney.

He said the panel would help to bring “clarity and certainty to the procurement process by challenging the mandatory requirements for projects.”

In January, a joint study by the Conference of Defence Associations Institute and the MacDonald-Laurier Institute blamed staffing cuts by both the Conservative government and its Liberal predecessors in the acquisitions branch at National Defence.