Carolyn Bennett has indicated families of victims need to be consulted ahead of an inquiry. 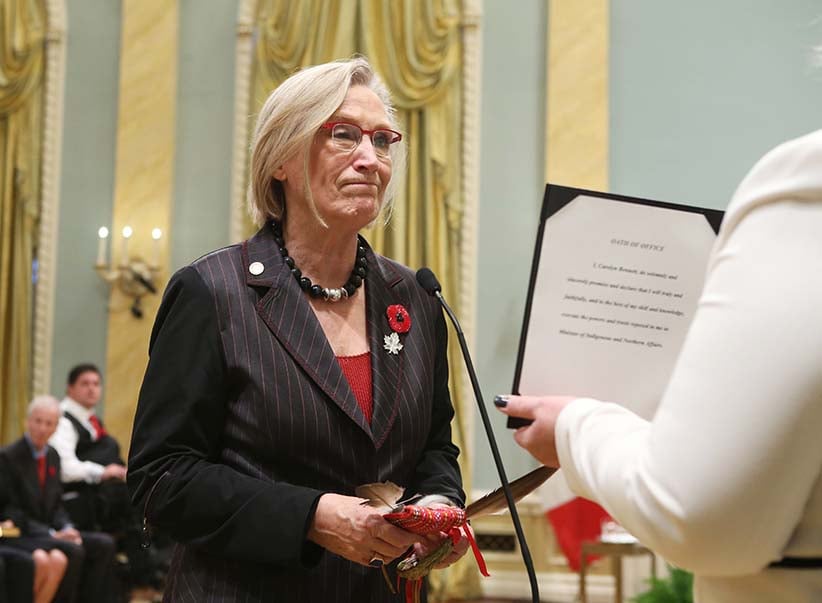 Canada’s new Minister of Indigenous and Northern Affairs Carolyn Bennett is sworn-in during a ceremony at Rideau Hall in Ottawa November 4, 2015. (Chris Wattie/Reuters)

GATINEAU, Que. — The Liberal government is expected to shed light today on how it will prepare for an inquiry to examine missing and murdered aboriginal women across Canada.

Prime Minister Justin Trudeau is set to speak with aboriginal leaders gathered in Gatineau, Que., about the Liberal plan.

But it’s expected to be short on details. Some of key questions include what the mandate will be and how many commissioners will be in charge of the inquiry, which is expected to last up to two years and cost $40 million.

Status of Women Minister Patty Hajdu admits the plan is in the “very beginning stages” and the Liberals have no pre-conceived ideas about what the inquiry should look like.

NDP Leader Tom Mulcair says he’ll be disappointed if the Liberals don’t make a firm commitment today to a national inquiry to investigate the phenomenon of missing and murdered aboriginal women.

Interim Conservative leader Rona Ambrose said she supports the inquiry — a stark contrast from her predecessor, who frequently rebuffed demands for further study.

Hajdu will join Indigenous Affairs Minister Carolyn Bennett and Justice Minister Jody Wilson-Raybould for an inquiry-related announcement in Ottawa, although no further details have been provided.