In the 2015 federal election, the Liberal Party of Canada differentiated itself by pledging to run modest deficits for three years before returning to balance in 2019/20. The rationale is that historic low interest rates afforded a unique opportunity to invest in infrastructure to spur job creation in the short term and economic growth in the medium to long term for the benefit of all Canadians.

The Liberal government remains committed to this policy direction but, due in part to their policy actions, the fiscal planning fundamentals have deteriorated significantly between the time they tabled their 2015 Election Platform and Budget 2017. This deterioration is illustrated in the following table that shows the projected surplus/deficit (in billions of dollars) for the Government of Canada from 2016/17 through to 2019/20: 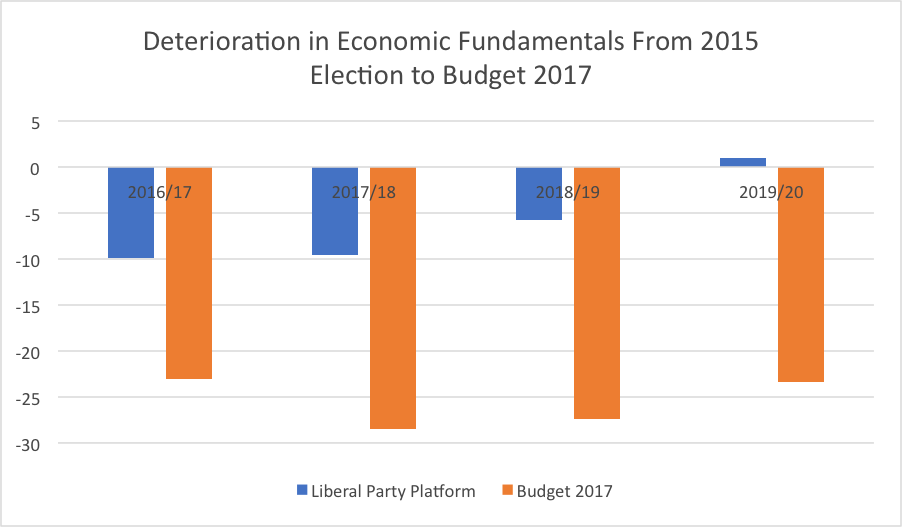 This point is also starkly illustrated in that the return to balance was expected in 2019/20 but is now expected in the mid 2050’s.

In its March 2017 fiscal forecast, the Institute of Fiscal Studies and Democracy (IFSD) is projecting nominal debt to increase by about $130 billion over the next six years, a more than 20 percent increase in the total debt. The IFSD is also forecasting rising interest rates due to the anticipated higher growth and inflation resulting from President Donald Trump’s proposed policies.

The Liberal government’s infrastructure expenditure commitments were additional investments on top of the planned 2015 Conservative Building Canada Plan. Their election platform called for roughly doubling the amount of infrastructure spending to $120 billion over 10 years from the planned $60 billion. The 2016 Fiscal update increased this amount to $186 billion over the next twelve years.

These significant planned investments highlight the importance of competent oversight and due diligence in the review and selection of infrastructure projects. Planned infrastructure investments need to be informed by a detailed analysis of Canada’s strategic future infrastructure needs and the current state, performance and future capacity of its existing infrastructure stock. 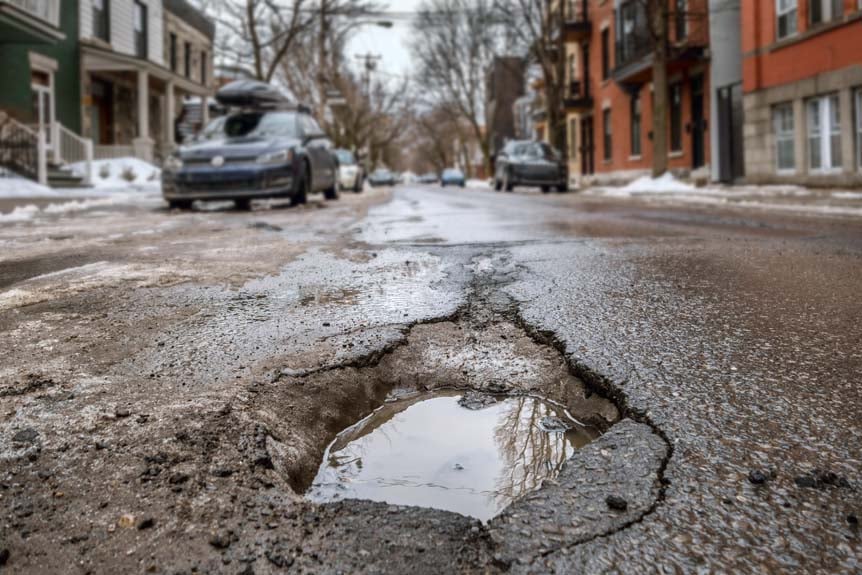 Large pothole on a Montreal street.(Shutterstock)

Every government pledges to be accountable, transparent and to be guided by the principle of evidence-based decision making. This is particularly applicable to infrastructure investments given the materiality and long-term nature of these investments. It is not sufficient to simply measure whether infrastructure dollars are getting out the door. Canadians need to feel confident that due diligence and oversight is being applied to these infrastructure projects to try and ensure that, in addition to the projects being on-time and on-budget, the short-, medium- and long-term return on investment for Canada will outweigh the costs associated with higher debt levels and rising interest rates.

It is here that Budget 2017 announced tangible initiatives that point towards the building of the data foundation that could enable informed infrastructure investments that are truly evidence based. Specifically:

• A partnership between the Government of Canada, the Canada Infrastructure Bank, Statistics Canada, provinces, territories and municipalities to undertake a comprehensive data initiative on Canadian infrastructure that would include, among other elements, a national picture on the state and performance of Canada’s infrastructure across asset classes, high-quality data analytics and tracking the results of infrastructure investments

These initiatives seem promising but it is worth noting that Budget 2016 had identified a $50 million capacity-building fund to be delivered through the Federation of Canadian Municipalities to support the use of asset management best practices across Canada. Budget 2017 does not identify any progress made against this initiative. The Government of Canada needs to be held to account for the successful implementation of these data strategy initiatives in the short term to facilitate evidence based infrastructure decision-making. Only then will Canadians have a good sense of the bang for its buck that Canada is receiving and is expected to receive from its past, current and future infrastructure investments.