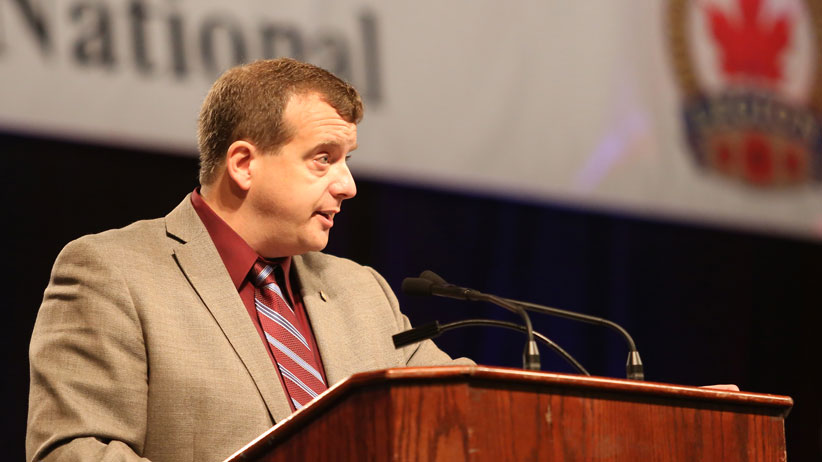 Today’s landmark Supreme Court of Canada ruling that would allow doctors to help terminally ill patients end their lives in extreme cases puts Canada’s medical profession in a challenging position. What rules should be put in place, over the 12 months the court has allowed, to guide physicians who will now face unfamiliar and ethically fraught decisions?

I spoke with Dr. Chris Simpson, the Canadian Medical Association (CMA)’s president—and also a professor at Queen’s University’s medical school and medical director of Kingston General Hospital’s cardiac program—about the ruling and what comes next. This is an edited version of the interview, which you can listen to below, and also as part of the weekly Maclean’s on the Hill podcast.

Q: Were you and the CMA braced for this morning’s ruling?

A: Very much so. I was not surprised, we were not surprised. Perhaps the unanimous decision was a bit of a surprise. But, at the CMA, we’ve been preparing for this eventuality for the last 1½ or two years.

Q: I’m sure there’s a wide diversity of opinion among doctors, but do you think most will be unsettled by this? How would you describe the mood among your membership?

A: Well, we went through a very careful process. You may recall that in partnership with Maclean’s, we did some town halls last year and heard from Canadians and other doctors, as well. That really critically informed the process of change in the profession. At the end of the day, there was no consensus achieved, but the very powerful stories on both sides of the debate had everybody step back and reflect, and say, “There can’t be a one-size-fits-all. We have to have the ability to fit everybody’s legitimate concerns and aspirations here.”

We did actually pass a policy at our last general council that said we would support our members, doctors and their patients, who chose to pursue medical aid in dying, should the legal environment change. And of course, today, it did.

Q: Can you say something about what the court said about doctors who, for religious or personal-conscience reasons, don’t want to help patients end their lives?

A: I think it’s fair to say no patient would want a physician to be individually coerced into doing something he or she felt was against his or her personal ethics or religious beliefs. There was nothing in the language of the ruling today that suggests individual physicians would be compelled.

So I think, over the next 12 months—which is the time frame everybody has to think about this and get something robust in place—we’ll need to balance the need to provide this service to the small number of patients who need it and are eligible for it and protecting physicians from being coerced if they don’t want to participate in this.

Q: Your average doctor will not be dealing with these requests alone and on an ad hoc basis, right? Do you anticipate a process where the decision and the procedure would be in the hands of a physician with some expertise?

A: Right. That’s a key part of the leadership: We have to provide the educational tools and the regulatory framework that would allow this to be done in a way that makes everyone feel that the vulnerable are meticulously protected, but that those who need this procedure do get it in a timely way.

Q: I was at one of those town halls you mentioned, the one up in Whitehorse. I was struck there by how hard it was for a lot people to disentangle concerns about the lack of good palliative care and the issue of doctor-assisted suicide.

A: It’s a very interesting and nuanced point. We can’t lose sight of the fact that, no matter how this shakes out at the end, the number of patients who are going to be eligible for, and carry out, medically assisted dying is very small. And only 16 per cent of Canadians who would benefit from good palliative care are receiving it. So we can’t lose sight of the bigger end-of-life envelope. We do need better palliative care.

Q: Could you repeat that statistic?

A: Our estimate is that 16 per cent of Canadians who would benefit from good palliative care receive it, out of the 250,000 people who die every year.

Q: On a practical level, what services are those people who don’t get good palliative care failing to receive?

A: Sometimes it’s as simple as appropriate pain control, or other symptoms, such as shortness of breath, that can often characterize some diseases at the end of life. What happens is they are brought into hospital, because that’s the only place where those medications are available, rather than die at home, which is what they want. We have pockets of great palliative care in Canada and other pockets where it’s completely non-existent.

Q: Do you think there needs to some sort of task force among the federal and provincial governments and medical organizations like yours to work on this over the next 12 months?

A: That’s exactly what we will be seeking: some mechanism for us to have a prominent role in the crafting of the new rules and regulations and legislation. I suspect that the other stakeholders at the table would include both of the senior levels of government and the regulatory bodies, as well as patient groups. Everybody needs to be comfortable that the details are true to the Supreme Court’s intent, and also something Canadians can be comfortable with on both sides of the debate.